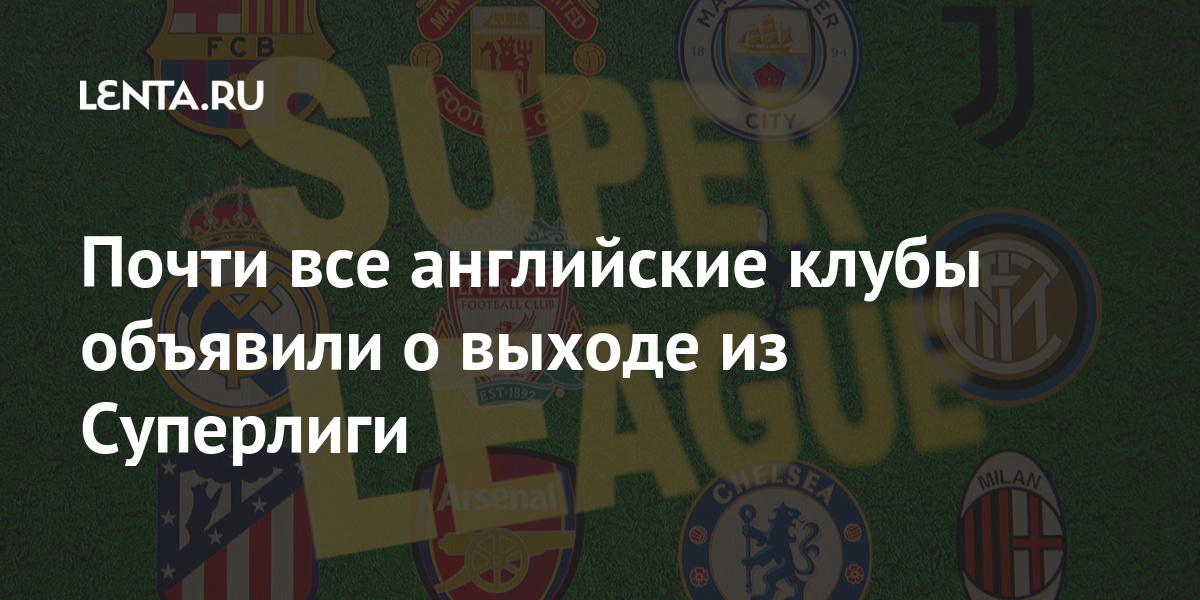 English clubs Manchester City, Manchester United, Liverpool, Arsenal and Tottenham Hotspur have announced their withdrawal from the Super League. It is reported by RIA News…

Thus, almost all English clubs announced their withdrawal from the tournament. The only club from England that has not yet officially announced this is Chelsea.

The Super League was announced on 19 April. The project was planned to involve 12 top European clubs for a separate tournament.

The 41-year-old kid from the Cyclone: ​​Sebastián Torrico returned after a year without stopping as if he had never left

Russia repeated the space record of 30 years ago