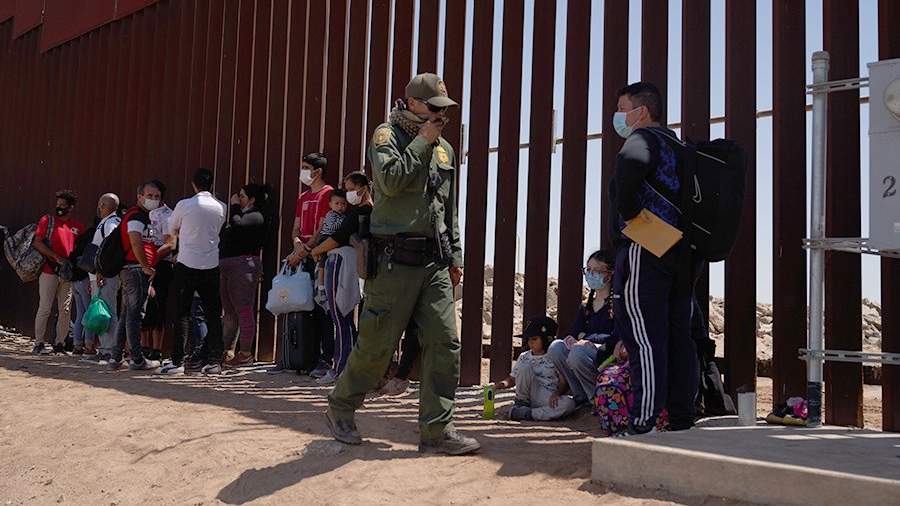 About 6 thousand illegal migrants a day were detained by the US border service in April on the border with Mexico. This was announced on Monday, May 3, by the TV channel. CNN with reference to preliminary government data.

According to the TV channel, in March this figure was about 5.5 thousand people daily. At the same time, as the representative of the Ministry of Internal Security told the channel, every day about 1.5 thousand illegal migrants manage to avoid meeting with law enforcement officers, although the border service records them with the help of technical means.

Earlier in the day, US President Joe Biden announced the renewal of the plan to receive refugees for 2021, namely, an increase in their number to 62.5 thousand people.

It is noted that the American leader changed his mind two weeks after his administration announced that the migration limit was kept at a historically low level of 15 thousand people, which was set by Republican Donald Trump, the previous president of the United States. In a statement, Biden notes that the corresponding indicators do not correspond to the values ​​of the country, according to which the support and acceptance of refugees is fully welcomed.

On April 20, the governor of the American state of Arizona, Doug Ducy, declared a state of emergency on the border with Mexico and sent the National Guard to resolve the situation with migrants.

On April 6, it became known that according to the results of the poll, the majority of American voters blame US President Joe Biden for the migration crisis that broke out on the border with Mexico.

In January, after taking office as President of the United States, Joe Biden made a promise to intensify the migration program, but due to fears caused by the growing number of migrants on the country’s border with Mexico, he decided to adhere to a lower refugee reception plan, which drew criticism from the outside defenders of migrants and the Democratic Party.

A journey into Emirati minds in “Thought and Knowledge”

Main differences between the Super League and the Champions League