Almería do not allow Sadiq to go to Nigeria 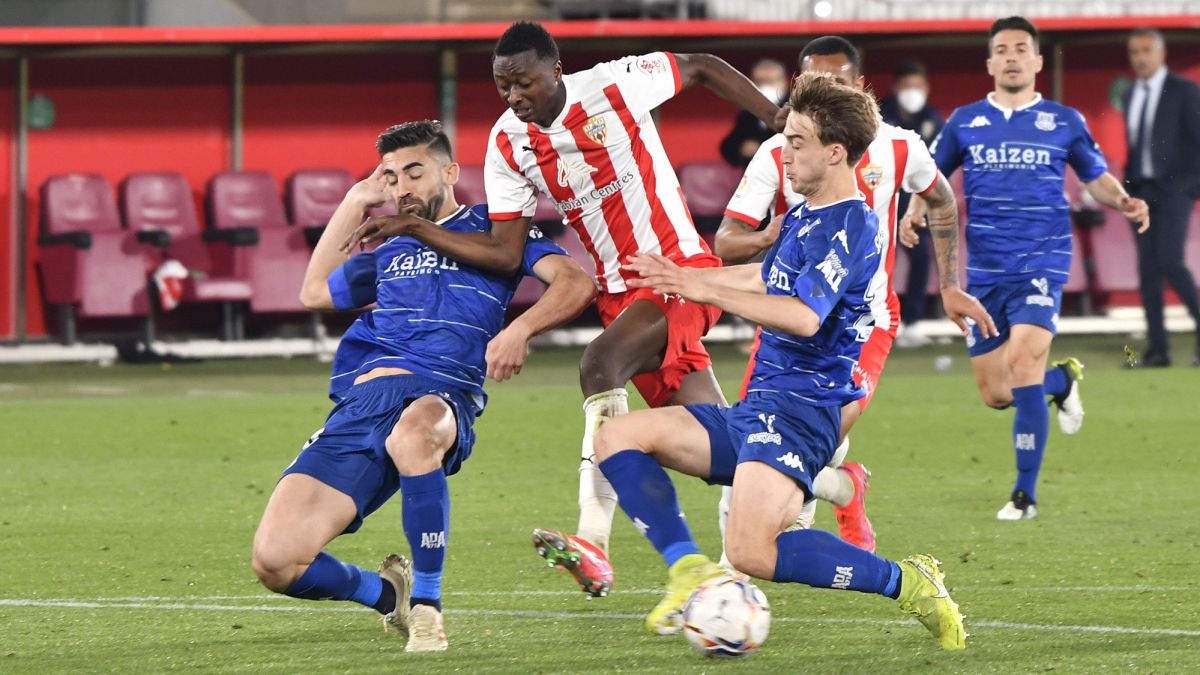 Almería does not allow Umar Sadiq next Monday to concentrate with his team, the rojiblanco club communicating it to the Nigerian federation. The Indálica entity has argued a lack of sanitary and security conditions to join the green team. “Due to the pandemic crisis that we are experiencing due to the SARS-Cov-2 (Covid 19) virus, and thoroughly evaluating all the impacts, we believe that the sanitary, security, or bureaucratic conditions are not met so that our player, Sadiq Umar, appear for the call with the Nigerian senior team. Therefore, based on article 3.1b of Annex 1 of FIFA RSTP, we have notified the player not to appear at the aforementioned call, “alleges the UDA.

Thus, José Gomes will not lose his top scorer (fourteen goals in the league and two in the Cup), although Sadiq is left with the desire to debut with the absolute of Las Águilas, which is playing the pass to the next Africa Cup of Nations . On March 27 they play against Benin and three days later against Lesotho, the first of those matches being key as both teams are separated by just one point (in favor of Nigeria). However, Sadiq will see all of this from a distance.

Almería explains in its statement that “FIFA always forced the clubs to release the members of their squads who were called by their countries, but, after the pandemic, this rule has been made more flexible due to the risk situation that exists “, citing that other French and Dutch clubs have opted for the same decision. Thus, the ‘9’, who was absent at the beginning of the week for bureaucratic reasons, will lose the duel in Ponferrada due to suspension, but he will be against Leganés, Málaga and Rayo, games that were going to be lost. In the end, the FIFA virus does not hit Almería so hard, as Gomes only loses Cuenca and Ramazani. Morlanes has not entered the definitive list of Luis de la Fuente, Georgia has surprisingly not called up Makaridze or Serbia to Maras. In addition, Brian Rodríguez, who was summoned by Uruguay, will not leave when the international meetings of CONMEBOL are suspended.

Coronavirus Vaccination bulletins were sent to the wrong addresses, Helsinki will resend the bulletins to people aged 70–74

Emelianenko called Morgenstern, who danced in the temple, brainless

Pandemic forces the closure of a popular California theater chain