Alleged criminal saves himself from being lynched in Xicohtzinco, Tlaxcala 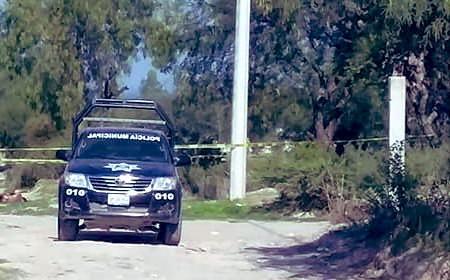 Inhabitants of the municipality de Santo Toribio Xicohtzinco, They succeeded in arresting an alleged criminal who was shaking the population. According to the information consulted, the subject in question between 35 and 40 years of age, He was surprised when he tried to commit a robbery in the Chalmita neighborhood. His captors tied him up and took him to the municipal seat to be exhibited with the entire population.

There, he was tied to a post and received a brutal beating as a lesson from the neighbors who identified him as the perpetrator of several women from whom he stole their belongings with the luxury of violence; it is presumed that it had been operating in the area for some time.

Once their courage was taken, the inhabitants entered it and handed it over to elements of the Secretariat of Citizen Security (SCC) to be made available to the corresponding authority.

In another police incident, a motorcyclist was beaten and scraped on various parts of his body, as a truck ran him over as he was driving through the First Section of the Zacatelco municipality.

The man was left lying on the pavement of Libertad street on the corner of the Nextlalpan ravine, after being attacked by the driver of the unit who immediately fled to evade responsibility.

Inhabitants of the area reported the accident to the 911 emergency number and minutes later an ambulance arrived from the Mexican Red Cross to give care to the male who presented serious injuries for which he was immediately transferred to a private hospital.