All the big announcements from E3 2021 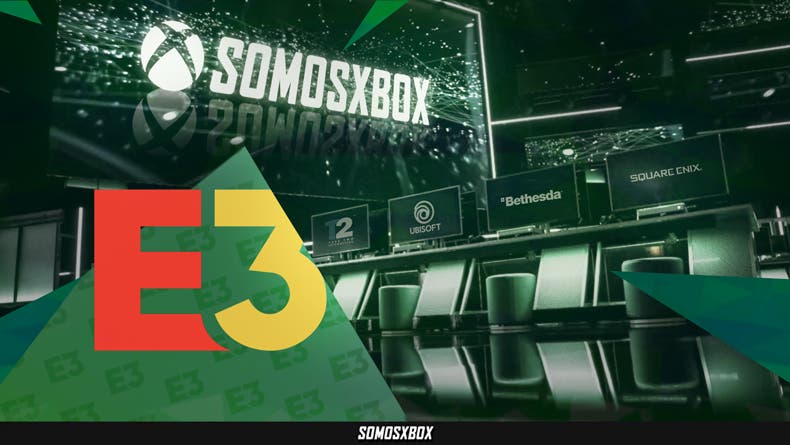 The return of E3 is something that everyone expected and here we have prepared a list of all the big announcements from E3 2021. After a year without this annual event, canceled by decision of the ESA due to the global situation of the coronavirus, we had the opportunity to attend one of the most important events of the year in its virtual version. We certainly had some great announcements, especially at the Microsoft showcase, and that is what we intend to highlight here.

Since E3 2021 has ended, everyone has had the opportunity to make their own list in which they summarize all the great announcements of E3 2021. And of course, although in a list like this there are opinions, there are undoubtedly some games in which that we can agree. However, we will limit this list to games that we did not know until now and that they have really surprised the audience, players and fans with their new ideas.

All the big announcements from E3 2021

We will start this list according to the order of the Presentations that took place at E3. But for this we will have to cheat, because without a doubt we are going to include one of the most important games of the year, which was presented during the Summer Game Fest, one day before the start of the big E3 event. Not including Elden Ring in our list would undoubtedly leave out one of the most anticipated games by fans, which also surprised everyone with its proposal.

Elden Ring is one of the most anticipated games by fans since its announcement at E3 2018 and its new trailer left fans eager for its release. With this we close our presentation to make way for the list of all the great announcements of E3 2021 that we have prepared.

We still don’t know if we will finally see the sequel to Avatar in 2022, but for fans of the James Cameron created universe this was a pleasant surprise. The truth is that it was an unexpected announcement, because while everyone was waiting to see Star Wars, Ubisoft decided to keep quiet about it and show this new project. The Ubisoft’s Massive Entertainment studio, best known for his work on The Division games, is in charge of this new title.

Avatar: Frontiers of Pandora will seek to put players in the role of a Na’vi exploring a new part of the alien planet. Visually the game promises, and according to the presentation the game will be released in 2022.

While it had already been rumored, it was really nice to see the confirmation of the second installment of The Outer Worlds. Obsidian is one of the most talented studios Microsoft has, and it has proven it with its expertise in developing RPG games. This trailer surprised the audience with its humor and graphic quality. It is clear that it is only a CGI and that as such it only helps us to get excited about what is to come in the future, but with the precedent left by the first game, there are many reasons to be excited.

The most important thing is that this game will be exclusive to Xbox consoles and PC. Despite the doubts generated because its first part was multiplatform, the IP now belongs to Microsoft, as well as all its publication rights.

One of the big surprises from E3 was Forza Horizon 5, since it not only confirmed that it was in development, but it was announced with a launch date for this same 2021. FH5 will be located in Mexico, and, as we could see, it will display a beautiful graphic section, full of details and new possibilities for the players. The fifth edition of the Playground Games racing franchise will launch for PC, Xbox One, and Xbox Series X on November 9, 2021.

On top of that, it will be available on Xbox Game Pass on day one. At the moment, we have confirmed the resolution and performance in which Playground aspires to make its game work, including a graphic mode and a performance mode that will allow everyone to choose what they like to get into this marvel of game . Playground gave a sample of gameplay of the game and the result made the fans happy. Without a doubt, Forza Horizon is a saga that has earned the respect of all racing game lovers.

Contraband is another of the Xbox console exclusives unexpectedly announced during the Xbox presentation. It is being developed by Avalanche Studios, who were behind Just Cause, along with talent from Xbox Game Studios. Perhaps the rumors of an Avalanche Studios purchase had to do with this game. Contraband describes their universe as a smugglers’ paradise set in the fictional world of Bayan in the 70s.

It will be a cooperative open world game, and will be available on Xbox Game Pass at launch.

Continuing with the great announcements made during the Xbox conference, we find Redfall, the game with which Xbox closed its conference. It is created by one of Bethesda’s most renowned studios, Arkane, who have developed great games in the past. The trailer shows us a cooperative game with a very particular artistic style set in a universe full of vampires.

Pete Hines in a dialogue with IGN shared more information about Redfall. As he said, the cycle of combat and exploration proposed in the game is really fun. This is not a cooperative shooter game anymore. Redfall will carry Arkane’s stamp on all its mechanics and concepts. And it can also be played completely alone.

As had been rumored, A Plague Tale: Requiem, a sequel to A Plague Tale: Innocence which was originally released in 2019. The game sports spectacular graphics that far surpass its first installment. A Plague Tale: Requiem will be a direct sequel that features the return of the protagonists Amicia and Hugo within a world full of darkness and rats. The game was announced for Xbox Series X | S and PC, and will be available on Xbox Game Pass on launch day.

Guardians of the Galaxy

A game of Guardians of the Galaxy is coming very soon, this same year, in October. Square Enix introduced Marvel’s Avengers last year to a fairly average critical reception. But it seems that he has learned his lesson and with this game they will have a totally different experience. The game is being developed by Eidos Montreal and is not directly inspired by the movies, but it seems to have a similar spirit.

It is a totally single player action game in which you will have lots of humor and the hallmark of Guardians of the Galaxy. You will also make narrative decisions, although we do not yet know what impact they will have.

Last updated on 2021-03-14. Prices and availability may differ from those published. SomosXbox could receive a commission for your purchases. More information.

With this game we close our list. Sure there are other games that could be put on this list. That is why we want to make a mention of two small games shown at the Xbox conference that strongly attracted our attention: Somerville, Replaced. These two games show an interesting universe accompanied by quite impressive graphics. If you missed them, their trailers are worth watching. Both of them will be available day 1 on Xbox Game Pass.