All passengers of the plane crashed in Sweden were killed 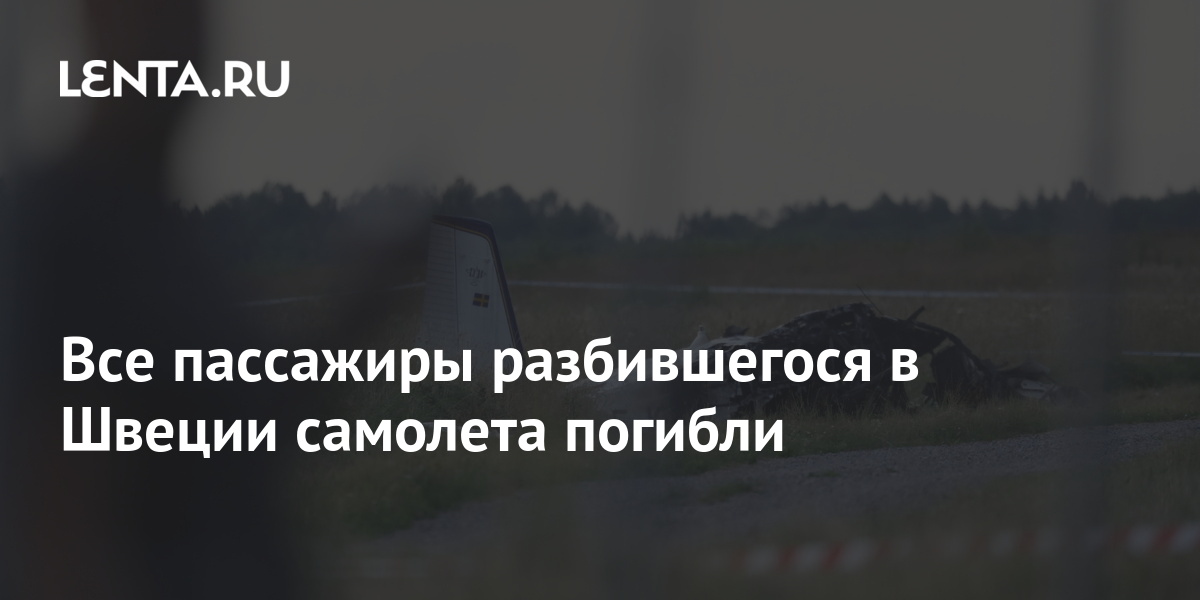 The plane crash in Sweden killed all nine people on board – eight paratroopers and a pilot. This is reported by the newspaper Aftonbladet with reference to the police.

According to the agency, the aircraft crashed shortly after taking off from Örebro Airport, fell near the runway and caught fire. Rescuers who arrived at the scene extinguished the flame. According to the newspaper, the plane was rented to participate in skydiving week.

On July 6, an An-26 plane crashed in Kamchatka. At first, he stopped communicating, and a little later, his wreckage was found 3.8 kilometers from the Petropavlovsk-Kamchatsky airport. Onboard there were 28 people, including 6 crew members, all of them died. Divers are still searching for bodies in the area of ​​the crash site. The investigation is considering three versions of what happened: unfavorable weather, technical malfunction of the aircraft and piloting error.