All passengers of An-28 who made a hard landing survived 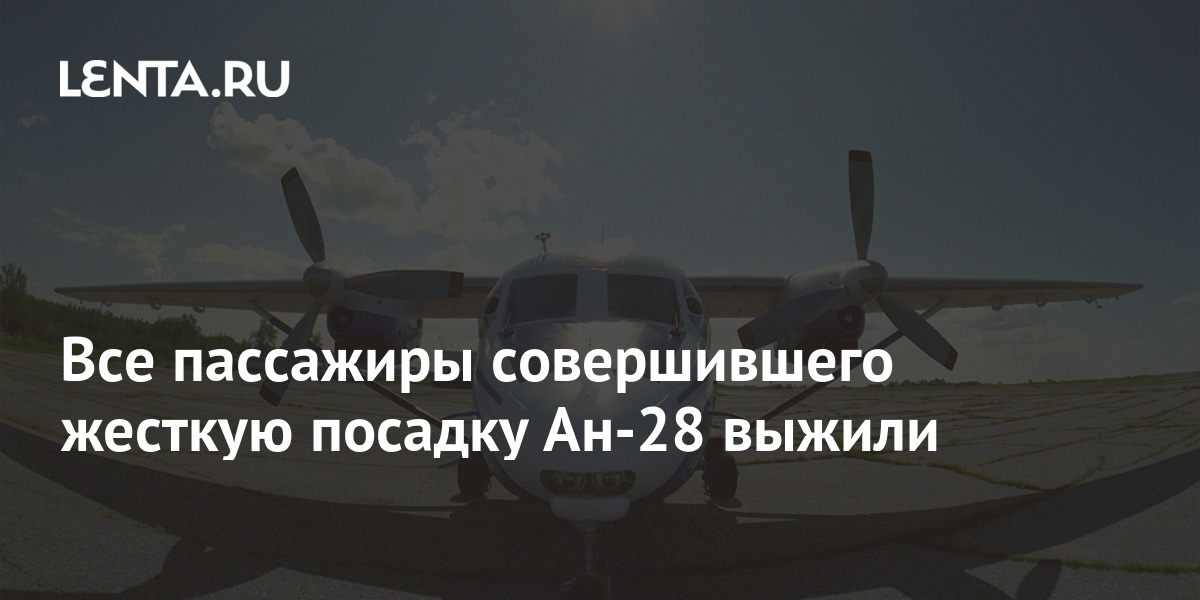 All passengers of the An-28 aircraft, which made a hard landing near Tomsk, were alive. There were 19 people on board (including the crew), two of them are children. It is reported by TASS with reference to the Ministry of Emergencies.

The plane’s hard landing site was discovered at 14:36. Passengers and crew were on board.

The plane flew from the city of Kedrovy to Tomsk and before departure was delayed by ten hours due to bad weather. According to the first deputy director of the Sila airline, Alexander Genievsky, the aircraft was in good order.

On Friday, July 16, an An-28 passenger plane disappeared from radar in the Bakcharsky district of the Tomsk region. The aircraft stopped communicating, and later the operation of the emergency beacon was recorded.