All of the Netherlands red on European corona map, Groningen dark red | To travel 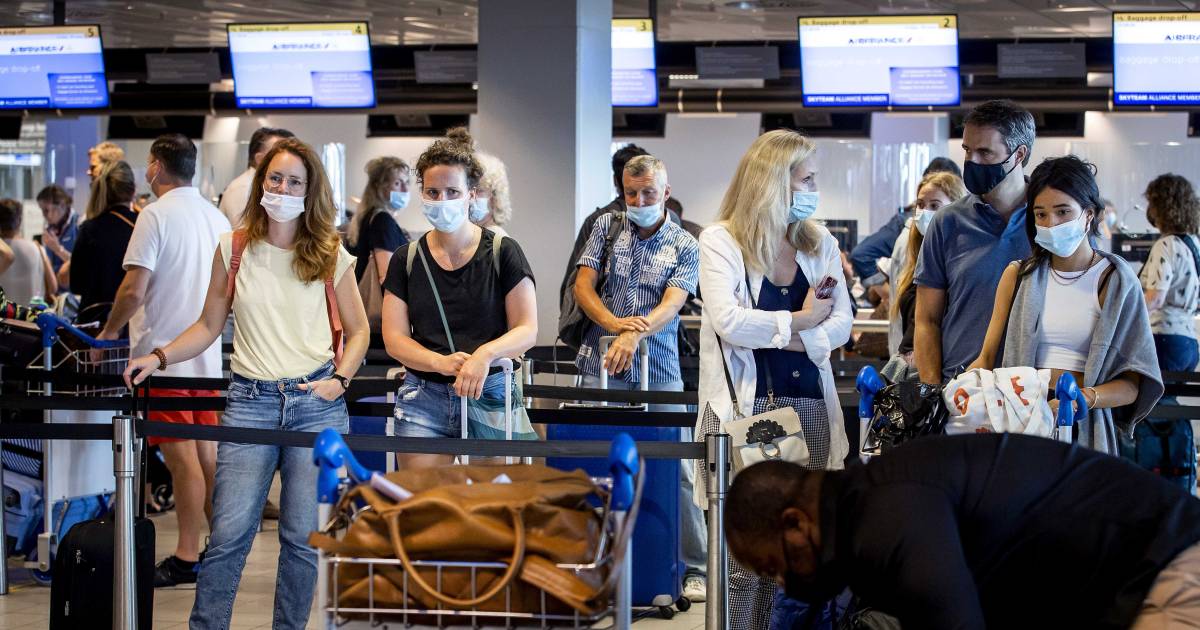 The Netherlands has become a red spot on the European map of the corona outbreak, because the number of new cases has exploded in recent weeks. Groningen is dark red, because the outbreak is relatively worst there. The other eleven provinces are slightly lighter red.

The map was drawn up by the European health service ECDC, the equivalent of the National Institute for Public Health and the Environment (RIVM). The organization looks at the number of positive tests in the past two weeks and the percentage of positive tests. Countries can decide to adjust the rules based on the map. For example, they can impose strict conditions on Dutch people who want to come and enjoy a holiday. These requirements may differ per country.

On the previous map, which was drawn up exactly a week ago, Friesland, Drenthe, Flevoland and Limburg were green and the rest of the country orange. This was due to the corona weather that came to an end around July 1. Those favorable figures from the end of June are disappearing this week, being replaced by last week’s skyrocketing rise.

Spain, Portugal and Cyprus were already red. Ireland and Luxembourg are orange and the rest of Europe is a sea of ​​green, because the number of positive tests is not so bad for the time being. The Dutch pose a danger to those green countries, because they can introduce the highly contagious Delta variant of the coronavirus.

Still, code red should not deter holidaymakers. Greece has announced that it will not impose additional requirements on Dutch holidaymakers. Greece looks at Dutch hospital admissions instead of the number of infections, as ECDC does. The country also has every interest in keeping tourists coming. Moreover, Greece (largely green and a little yellow) says he is not at an increased risk because it has strict entry restrictions. Travelers must demonstrate on arrival that they have been vaccinated or can present a negative test. Anyone traveling from the mainland (after 72 hours) to the islands must do a self-test. A face mask is also mandatory in public areas and public transport.

Spain also continues to welcome the Dutch. Regardless of whether they come from a high-risk area or not, whether they come from a dark red or orange region. However, people from risk areas (dark red, red, orange or gray on the European map) will have to provide proof of their health, unlike people from green areas,” said a spokeswoman for the Spanish State Secretary for Tourism Fernando Valdés.

Holidaymakers in France are more likely to encounter the police. “From this week on, we will be stricter at the border when it comes to visitors from risk countries,” President Macron said on television on Monday evening. “Travellers (from those countries, ed.) who have not been vaccinated must then be in isolation.”

According to outgoing minister Hugo de Jonge (Public Health), the corona card is an ‘extra incentive’ to tighten up the corona rules again. If the infections continue to increase at the same rate as now, the Netherlands may receive a code ‘dark red’. This could mean that Dutch travelers have to be quarantined upon arrival abroad.

But outgoing Prime Minister Mark Rutte denies that the holidays of the Dutch play a role in the tightening of the corona measures. He calls it ‘an additional effect’. Many countries are looking at the number of infections and these new steps should reduce the number of positive tests. Then the risk is smaller that other countries put the Netherlands on the red, says Rutte.

These European color codes differ from the travel advice colors of the Dutch government.

Please note: red on the ECDC map has a different meaning than red on the nederlandwereldwijd.nl map. The ECDC map says something about the number of infections in a country. The color code on nederlandwereldwijd.nl indicates whether travelers from the Netherlands are welcome in a country. If they are not welcome or if strict corona measures apply, the country turns orange. Code red is only given if there are security risks.