All for one: the national currency was prescribed strengthening near 70 rubles / $ 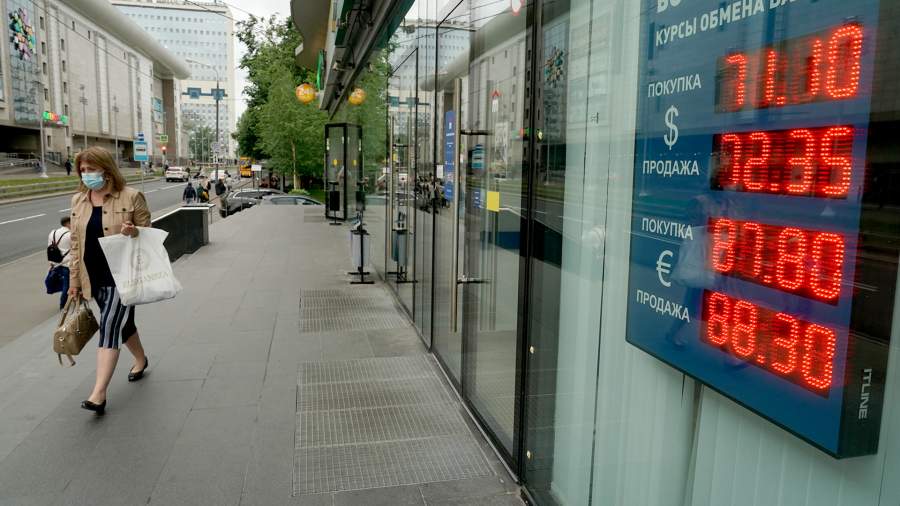 Against the background of a decrease in the degree of heat in the geopolitical field and the rise in oil prices, the Russian national currency will strengthen to 70-73 rubles / $, analysts interviewed by Izvestia believe… It will be well supported by the current policy of the Central Bank and the market-expected increase in the key rate, experts say. Investors’ hopes for the upcoming meeting of the presidents of the Russian Federation and the United States are added to these factors. According to analysts, such negotiations are traditionally held in a positive direction. On June 9, for the first time in almost the entire last year, the ruble / dollar rate dropped below 72.

On Wednesday, after the opening of the main trading session on the Moscow Exchange, the Russian currency rose in price against the American one to 71.98, thus approaching the values ​​recorded for the last time at the end of July last year.… The “American” was followed by the “European”, dropping to 87.7 rubles. By 18:25 Moscow time, the USD / RUB pair rate was 72.2, and EUR / RUB – 88.1.

The reasons for the strengthening of the ruble, according to experts interviewed by Izvestia, are in all-round support, starting with a decrease in the heat in the political arena and ending with an increase in oil prices… As the senior economist of Otkrytie Maksim Petronevich noted, the observed strengthening of the national currency is associated with expectations of the absence of any new aggravation of relations with the United States against the background of a neutral news agenda, positive impressions of the St. Petersburg Forum, as well as preparations for the upcoming meeting of the heads of the two states – Vladimir Putin Putin and Joe Biden.

The strength of the national currency is given by a local reduction in geopolitical risks, agreed a senior analyst at Alfa-Capital Maxim Biryukov. Investors are pinning great hopes on reducing tensions between Russia and the United States after the meeting of the leaders of the two countries in Geneva on June 16, said Finam analyst Andrei Maslov. In addition, the ruble is supported by rising oil prices, which for the first time in two years exceeded $ 72 per barrel, he added.

The most important factor for the strengthening of the ruble was the expectation of an increase in the key rate of the Central Bank immediately by 0.5 percentage points. due to high inflation rates in May, added Andrey Maslov. As Maksim Petronevich noted, the dynamics of price growth, which in May reached the level of 6% yoy, confirmed the markets that interest rates will only grow. This increases the attractiveness of investments in Russian currency and assets for non-residents., says the economist of Otkrytie.

– Over the past two months, the ruble against the dollar has grown twice as much as the index of currencies in developing countries. On the one hand, this can be considered a sign of local overbought, on the other, Russia’s fundamental indicators are very strong, and if we do not take geopolitical risks into account, then even at current levels the Russian currency can be called underestimated, ” Maxim Biryukov emphasized.

At the moment, find the ruble in the “strong middle” relative to the currencies of other developing countries, noted Andrey Maslov. Of course, the Chinese yuan is overtaking it in the rate of strengthening against the dollar, but the Russian currency has ceased to be an outsider, as in the fall of 2020, especially against the background of the Turkish lira, he summed up.

The factor of the possible lifting of sanctions from Tehran by Washington is now “playing” against the Russian currency, which may lead to an increase in the export of Iranian oil, and subsequently put pressure on the quotes and on the ruble, believes Andrey Maslov from Finam. Referring to the risks in geopolitics, the expert added that traditionally meetings like the one planned in Geneva are covered in a positive way. In this case, it is of particular importance that these are the first face-to-face talks between the leaders of Russia and the United States.

– Rather, the focus of the conversation and its official comments will be shifted towards “further cooperation and partnership”, although post factum, more harsh messages regarding the “Ukrainian problem”, “Nord Stream 2” and “interference in the American elections” are possible, – he said. …

The acceleration of the global post-crisis recovery is likely to continue pushing commodity prices upwards, which will positively affect the demand for ruble assets., believes Maxim Biryukov from Alfa Capital. Adjusted for unpredictable geopolitics, the ruble against the dollar can go down to 70 by the fall, he appreciated.

In the absence of new negative shocks associated with a pandemic or geopolitics, the Russian currency is potentially able to break through the level of 70 rubles per dollar, Andrey Maslov is sure. As a result, by autumn, the national currency rate may fluctuate in the corridor 69-73 against the dollar and 85-88 against the euro, he said.

According to Freedom Finance analyst Alexander Osin, by autumn, the ruble is expected to rise against the dollar and the euro. The range of values ​​of the USD / RUB and EUR / RUB positions at the end of August will be 71.5-75.5 and 84.8-89.6 rubles per unit, respectively, he is sure. Generally by the end of the year, a smooth strengthening of the national currency against the “American” and “European” is predicted in the corridor of 65-73 and 76.2-91.2 rubles, the expert believes.

Along with positive forecasts, analysts advise to exercise caution in currency transactions and “do not put all your eggs in one basket.” Holding funds in foreign currency is a conservative and reliable option, but you should also pay attention to the yen, pound or franc, and not just the dollar, which has significantly weakened recently, noted Andrey Maslov. According to Maksim Petronevich, the game on the foreign exchange market is still highly risky, a significant part of the profit in it goes to the commission when converting from rubles to dollars and vice versa. For this reason, it is possible to recommend active trading only through the exchange with its minimum commissions and to people who understand the market and are ready to respond promptly to changes in market conditions, the expert summed up.