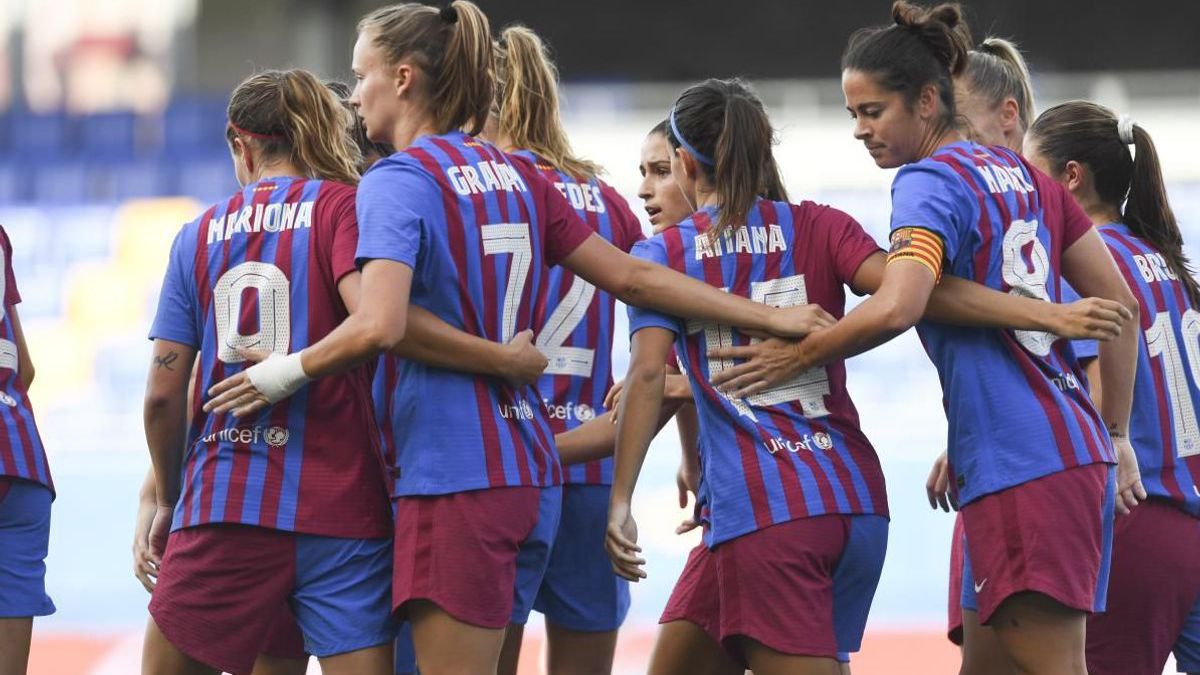 Excitement returns to Primera Iberdrola. Football returns to a League whose level is increasing everywhere. Players and clubs are presented for another year in their most improved version, with an expectation that grows in the face of the competition that starts today.

Barça, which has just won the League, the Cup and the Champions League, looks like a great favorite for the league title, which he seeks to revalidate for the third consecutive year. The blaugrana team will open today (12:00) the first day against Granadilla in its great temple, a Johan Cruyff stadium that still does not know defeat with the women’s team. With a new coach (Giráldez) and three category signings (Paredes, Rolfo and Engen, who is injured and will not be able to make his debut), the Catalan team has more ambition than ever.

And it is that after the historical triplet, the culés look for a perfect season: be undefeated in the League (in the previous season they lost a match) and also add the Spanish Super Cup. An objective that their rivals in the League will try to prevent or torpedo. From an Atlético that will not play the Champions League this year and wants to regain the throne of the First Iberdrola, where it reigned from 2017 to 2019, to a Real Madrid that was runner-up the previous season and does not want to lower the bar.

The rojiblancas’ premiere will also be today (20:00), in the Madrid derby against Rayo Vallecano. An opponent that did not go beyond the tie the previous year, with a 1-1 in Vallecas and a 0-0 in CD Wanda.

For the debut of Real Madrid we will have to wait for the Sunday match. Whites, who have played this week in the Champions League against Manchester City (1-1), start the league season against Levante, which was third in the league last season and that He also comes from playing a European match this week (1-2, against Lyon). Both teams will measure their strength with their mind set on the return of the Champions League preview, but without forgetting that the result could be decisive in the fight for the European positions of the First Iberdrola.

In the national competition there will also be two historic premieres tomorrow: Alavés and Villarreal debut with maximum enthusiasm in the First Division against Betis and Sporting de Huelva, respectively. They also want to surprise the rest of the teams, who seek to take a step forward in a season in whichand the conflict over televisions continues (4/8 games will be broadcast this day) and in which the public returns to the stands with limited capacity due to the pandemic. With that, Visibility continues to be the great duty of this category, which cries out for a showcase in which to shine.

A professional league without being one

La Primera Iberdrola already has the professional League categorization, but has not yet served as such. With a jump that takes another year, the clubs and the Higher Sports Council (CSD) are working hand in hand to give shape to the new professional entity. Meanwhile, the Royal Spanish Football Federation (RFEF) will continue to lead this competition while waiting for a new structure to host it.

In this way, great activity is expected in the offices of Spanish women’s football, with several power conflicts that await a solution so that the category can continue to grow at a good pace.

Day 1 of the Primera Iberdrola

Covid, 652 dead in Russia: a record since the beginning of the pandemic