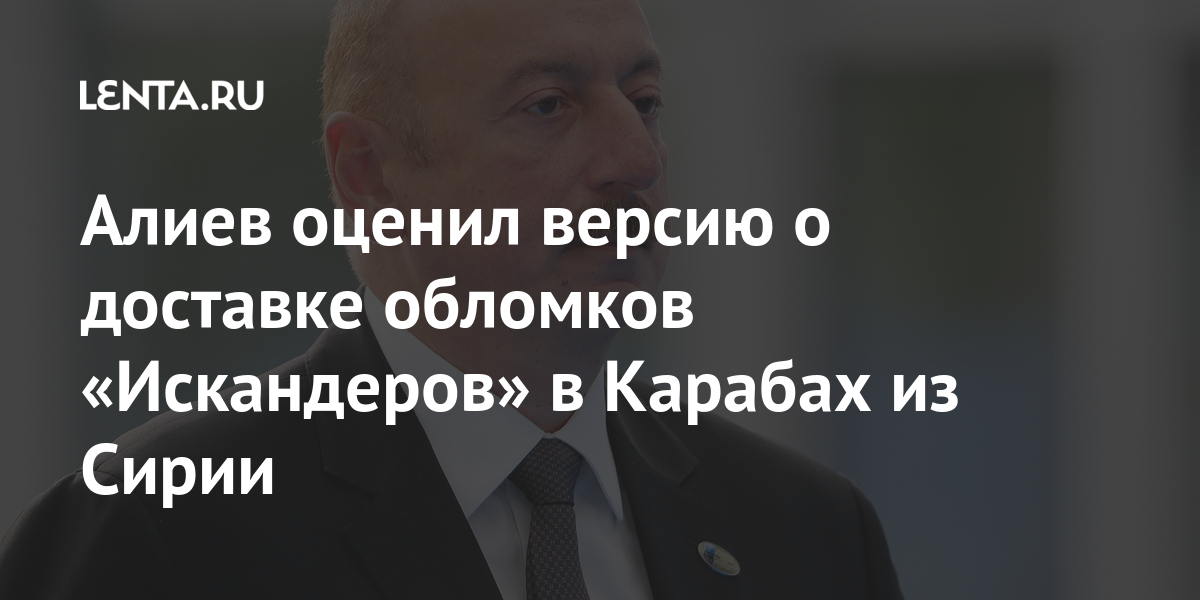 The version of the delivery of fragments of Iskander operational-tactical missile systems (OTRK) to Nagorno-Karabakh from Syria is an open accusation against Azerbaijan, President of the Republic Ilham Aliyev said. He is quoted by RIA News…

“I do not consider these to be random versions. Because even in those versions – however, this was put forward by the press – in any case, we see a systematic approach, ”Aliyev said.

According to him, Azerbaijan is accused of falsification, but no one can prove that it was in fact.

Earlier on April 20, the head of the republic said that he had received a response from Moscow to a letter about the use of Russian-made Iskander in the course of the conflict in Nagorno-Karabakh. He specified that the Russian Defense Ministry did not record the launches of its operational-tactical missile systems in Karabakh.

On April 2, the Azerbaijan Agency for Mine Action (ANAMA) announced that it had found fragments of Iskander missiles on the territory of Nagorno-Karabakh. It was noted that the fragments were found in the city of Shusha on March 15 when clearing the territories from mines. Later, the Azerbaijani authorities published a photo of the discovered wreckage, which, in particular, showed the tail parts of the missiles and fragments with the markings.

At the same time, the Russian Defense Ministry said that during the military conflict in Nagorno-Karabakh, Iskanders were not used, and the entire ammunition stock of missiles is in the military warehouses of Armenia.

On September 27, 2020, battles began on the line of demarcation between Azerbaijan and NKR. They continued until November 10, when Azerbaijan, Armenia and Russia adopted a joint ceasefire statement. As a result of the war, Azerbaijan regained a number of territories lost in the early 1990s. A Russian peacekeeping contingent was brought into the region.

Cerezo and Gil Marín to the squad: "Only Huesca matters"