Aliens: Fireteam Elite is a video game that is coming out soon, and it is … actually alright? Not bad? Maybe even quite good ?! The question marks are question marks of surprise, obviously, because the whole Alien and Predator double-franchise (and maybe also its 80s-action-close-cousin Terminator, too) doesn’t have the best record as far as game adaptations go. Or some of the films, for that matter.

But: Fireteam Elite! It’s a tad naff on the surface, sure, but it works. It’s three-player online co-op, PvE, Left 4 Dead-style against hordes and hordes and hordes of xenomorphs. You start on a kind of hub spaceship, pick up a mission from an NPC, jump in with friends or some less-than-great AI (which are at least represented quite funnily by actual in-universe AIs). You can pick up a little bit of loot like weapon attachments or consumables on a mission, plus a bit of reward currency – one for gameplay upgrades like weapons, one for cosmetic stuff like hats. You can pick up the odd bit of lore left lying around the mission attached to a spanner or whatnot, and listen to a tale back at base. And then it’s on to the next.

Crucially, though, there are silly weapons and there’s a silly sort-of story, there’s character customization, there’s an impenetrable layer of mods and whatnot, and there are flamethrowers. Fun! We played it as a three – because I tried it alone and it was functional with those AIs, but very dull – and so we thought, for a change, let’s write it up as a three, too. Here’s what we thought.

Chris: Right, first things first, this is very much an Aliens game, and not an Alien game. As in, it’s all James Cameron’s peak-80s action movie and not at all spooky Ridley Scott body-horror. There are so many aliens on screen at once, everywhere, and I love it. It’s all-in on the oo-rah stuff. The dialogue and voice acting performances are, surprisingly, kind of perfect, channelled straight from Private Vasquez’s sweaty bandana, and there’s some proper anti-corporate parable detail about the Weyland-Yutani corporation, if you take a second to listen to the quest givers. It’s great!

Bertie: What a great license for this kind of game. I’m so glad you said it was more Aliens because it’s not particularly scary, but the thrill comes from the sheer amount of xenos, as they call them, that come at you at once. And the little buggers climb up and around the walls, and across the ceiling, making it that little bit harder to mow them down. It’s terribly atmospheric too, the way they scrabble along the scenery, and then up and over it, and all of a sudden they’re there, beside you or behind you, or coming out of the goddamned wall for crying out loud. I mean that literally by the way: there are actual holes they sometimes pop out of, and this all has the combined effect of making you never feel very safe at all.

Emma: It’s immensely silly – the xenomorphs have a tendency to jump out from random vents and doorways when you’re venturing through the corridors. Whoever was taking point (normally Chris) would often find themselves knocked to the floor by a massive one every few minutes, causing panic in the group. They also seem to skitter around when you shoot them – in those moments making them feel remarkably real, and also very difficult to hit. You’re right that this isn’t a horror, but there is a real sense of desperation when you get to the later stages of a level and start running out of health kits.

Chris: Yes, that was me getting pinned by a Big Red One (a xeno-charger or whatever they’re officially called in-game – they have a few of these made-up xeno types that get pasted over the typical Left 4 Dead enemy classes but just ignore that), I’m counting this as me intentionally, repeatedly taking one for the team and not just being very stupid and always running ahead. Anyway, the other thing that really lands well is the weapons, which I forget were actually kind of amazing in Aliens? Flamethrowers are obviously incredible but there’s a fantastic auto-aiming heavy gun that’s like someone’s crossed an LMG with the Titanfall smart pistol, which is perfect for when there’s a million xenos on screen at once. And just the basic pulse rifle has that sort of tinny, winnowy ricochet sound to it from the movies, which makes it way more fun to use than a normal “assault dude” kit.

Bertie: Clunky, though, isn’t it?

Chris: And it is.

Emma: I was very jealous of the flamethrowers, even if they also nuked my framerate at the same time. Thank god friendly fire isn’t a thing in this game as I would have been toast (literally).

Bertie: Haha! Emma’s annoyance at her doctor having nothing much more potent than a spud gun to shoot the aliens with, while Taps and I blasted them with fire. Though, I should say, I felt a bit down in the dumps when Taps one-upped my starter flamethrower with a heavy flamethrower, something I’m not able to carry as a Gunner. I’m not sure I like this about the class system. It feels a bit restrictive, and like their individual abilities aren’t somehow big enough to compensate for it?

Emma: The thing with medic classes in games – and I know this as a veteran Team Fortress 2 Medic main – is that you have to make them slightly overpowered to encourage people to play them. People automatically want big shooty guns and flamethrowers, right? But Fireteam Elite can’t do that here because it wants to keep the situation tense and medicine limited, so that you really feel the heat when those swarms come in. So the Doc role does feel a little underwhelming due to that – even if that medicine bank probably did save our lives a few times.

Chris: I do like big guns and flamethrowers. And you’re spot on because the stand-in-the-healing-circle ability (every class has two abilities) is a bit too subtle – it’s helpful because it lets you passively heal for a bit in a chaotic battle, and using your own med kits on yourself is easily interrupted by a little xeno sneaking round the back, but it doesn’t exactly feel satisfying, does it? On the other hand, what does feel better is the consumables system. Briefly: you can buy some at the base to take with you, and you find more through the very occasional loot crate on a mission (thankfully this just feels like a nice chest and not an actual loot box), and they’re things like auto-turrets, mines, or little electrified slowing zones. They’re the things that make it feel a little turret-defensey, as well as just being a class shooter, right?

Emma: The turrets! I love them so much. Again, probably because I played a lot of Engineer in TF2. Anyway, it feels great once you set them up for a swarm and get a cross-fire going. Combining them with mines that slow enemies down makes a great trap that’s particularly useful for the bigger xenomorphs.

Bertie: That moment when the big ones come stomping in: it’s great. There’s a bit of radio alarm, some drama-infused panic. Something like: “Monica is coming for you!” Monica being a named xenomorph and, spoiler, she’s not particularly friendly. And when you see one of those biggies, it’s proper poop your pants territory. They don’t go down easily. I feel like there’s much bigger stuff coming, too. You start in fairly cold, techno spaceship surroundings, but you gradually come out into the actual alien world and then down into its depths. And we all know what kind of things live down there, don’t we? Things you can’t kill with a spud gun, Emma!

Emma: It’s crunch time for the spud gun – but at least I’ll be able to heal myself, I guess? My favorite part of the outside world so far was coming out from the caves, fending off a swarm of xenos, and then being told to sprint across a bridge as an air strike was being called in. Big explosion, xenos sent flying all over the shop. That was a very old-school shooter moment that I appreciated.

Chris: This is it, right? It’s very much an old-school double-A game that we don’t see so often now – especially ones that are actually good. There’s a fair bit of jank (moving around and over terrain is weirdly difficult, you have to sort of “mount” onto a specific bit of wall to climb it because there’s no jump button), and also a fair bit of fluff in there, like the entire cover system which I’m not sure I ever used. But it lands in the “endearingly naff” category instead of the plain naff one because the world and the aliens are just such a good fit for the game, like you’ve said. I feel like the Alien sequels – Aliens but also weird spinoff stuff like Prometheus, which there’s more than a bit of here – are kind of the secret to a good Alien game, if you’re not doing the Isolation horror thing? It’s where you get all lovely B-movie juice.

Bertie: I don’t know whether it’s because cooperative games like this are inherently fun when playing with friends but I’m enjoying it. It’s not brilliant, but I think it knows what it is, and there’s something to be said for games like that – like this. I’ll be interested to see where it all goes, and how the classes evolve. I’m up for more!

Emma: This is absolutely the equivalent of picking a B-movie to watch with friends while having junk food and beers on a Saturday night. Sometimes you just want something entertaining and silly to slap on the TV while having a chat, and it’s the same for Fireteam Elite. I’m ready to venture into the depths with my spud gun once more. 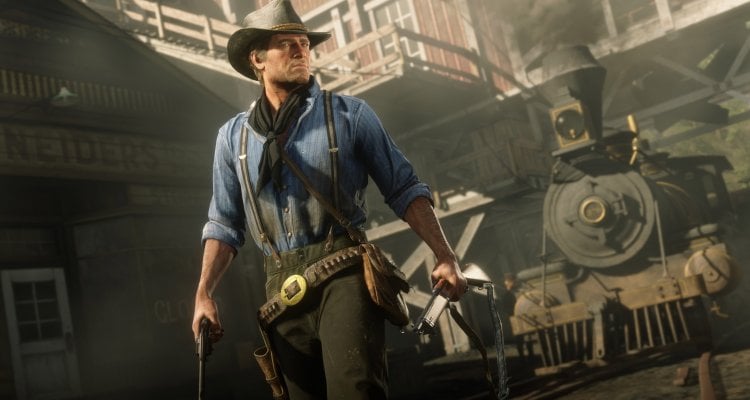