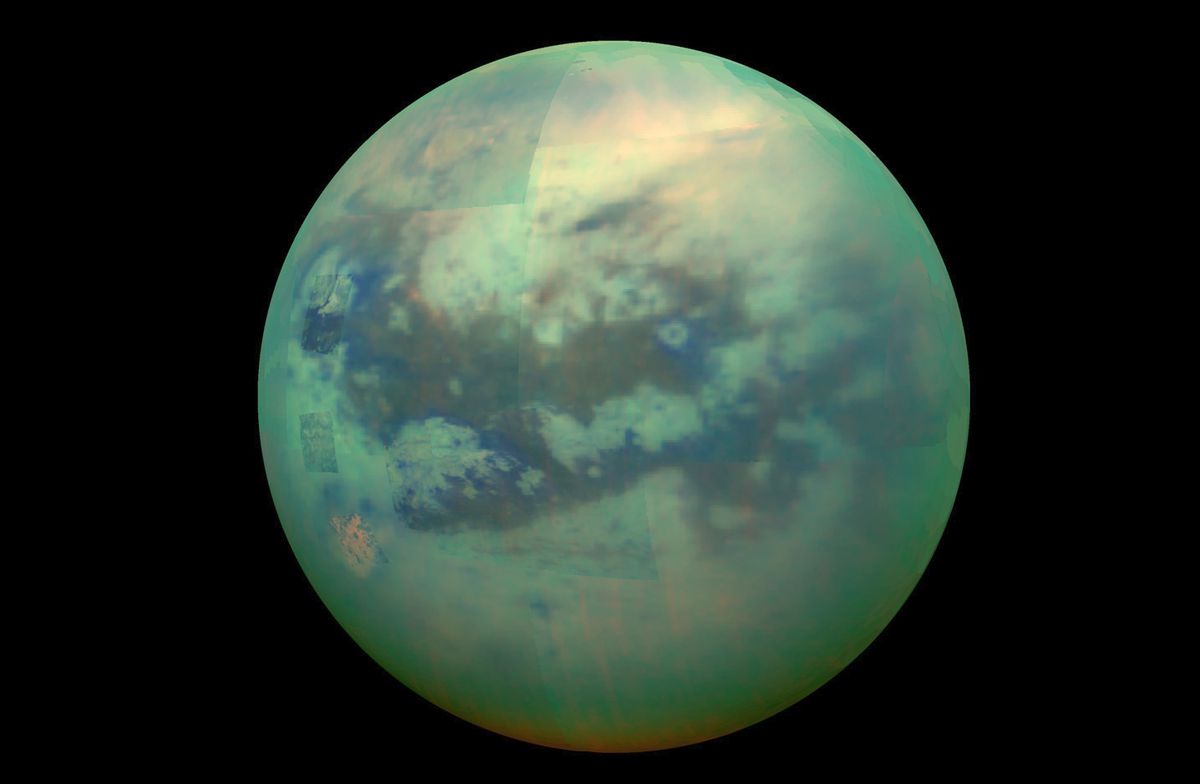 Sulfuric acid rains on Venus and ammonia hails on Jupiter. On Titan, one of Saturn’s moons, what falls is methane and on Neptune and Uranus they are believed to be diamonds. Beyond the Solar System there are exoplanets with water vapor in their atmosphere and others so hot that they rain iron or silicon or quartz stones. However, where precipitation is in a liquid state, the same laws apply as on Earth. All alien raindrops tend to be spherical and of a limited range of sizes.

Planetary scientists from Harvard University (United States) have investigated what raindrops look like on Earth and beyond. In a basic explanation, precipitation is the transport of a material or element that can be condensed into a condensed phase, either liquid or solid, through the atmosphere that sometimes reaches the ground. It is this vertical displacement that differentiates clouds from rain. To complete the cycle, an external force, usually internal heat or that of a star, re-evaporates the material and starts over. This process is the same whether it is rocky planets like Earth, superhot gaseous or even the coldest ones.

What also does not change is the tendency to sphericity of the raindrops. Determined by the dynamics of fluids, in their precipitation, the drops are rounded. The researcher and co-author of this study Kaitlyn Loftus explains: “This is because the liquid phase is very flexible, so the shape basically depends on the force of gravity (how heavy the raindrop is) versus the surface tension force, something that evolves in a similar way as droplet size increases on all planets ”. Only one exception stands out, which is also apparently universal: “When they get very close to their maximum size, they look more like the top of a hamburger bun, which is basically a spheroid flattened at the bottom,” says Loftus.

In terms of size, the variation depends largely on how the rain is. It is something that already happens on Earth, some drops are larger than others, but up to a limit where they are divided. “The exact why is still not well understood even for today’s Earth, but what we see on our planet today is that the average size of raindrops increases as it rains harder until, in very torrential downpours , the average size becomes constant and we see more raindrops in their place ”, details the American scientist.

The variation of that size between the different planets is not very great. The average diameter that a raindrop can have on Earth is 11.18 millimeters, somewhat larger than that of the water droplets on Saturn and a third larger than those of ammonia on Jupiter. The largest they have estimated, with a width of 29.96 millimeters, are those of methane that precipitates on Titan. It is the most Earth-like planetary body in the Solar System, which makes its atmospheric cycle similar, although its components are different.

Professor Geoffrey Vallis, from the British University of Exeter, argues that the rainfall on Titan is probably similar to that in the UK: “Mostly drizzle, but with some occasional heavy rains in the equatorial regions and possibly in the high latitudes in the summer. ”, He comments in an email. Only there what falls from the sky is methane. “The methane droplets should fall somewhat more slowly on Titan, since the gravity is much lower and the atmosphere is more dense,” he details.

Things are somewhat different on Jupiter. In this gas giant there are clouds of water vapor, but they are invisible to humans, hidden by layers of ammonia or ammonium hydrosulfide. But with what is known about the planet’s atmosphere, which dictates the physics and dynamics of fluids and a force of gravity two and a half times that of the Earth, the authors of the study estimate that the drops there should not have a diameter greater than seven millimeters. The problem is that it hails more than it rains.

Using data from NASA’s Juno probe, the Côte d’Azur Observatory researcher Tristan Guillot determined that on Jupiter it hails almost like here. “On Earth, the presence of a liquid is essential for the formation of hail: it is formed preferably at temperatures around -15 ° C from super-cold liquid water, that is, drops of water below the freezing point that are too pure to freeze on their own and they freeze instantly on contact with a hail stone, “he explains in an email. “At Jupiter, we believe that the same process occurs, but with the antifreeze effect of ammonia, it occurs around -90 ° C! The ammonia melts the water ice crystals and leads to the formation of large hailstones that we call mushroom balls, ”he adds.

On Jupiter, methane rains in the form of large hailstones of up to 10 centimeters and weighing one kilogram at 200 meters per second.

But Guillot admits he doesn’t know what Jovian hail looks like. “We do not know its geometry. In fact, the largest stones on Earth are not necessarily spherical. We estimate that they should grow to 10 centimeters or so, reaching one kilogram. But given the large size of Jupiter’s clouds and the planet’s greater gravity (2.7 times than Earth’s), they can reach terminal speeds. [cuando la gota deja de acelerar en su caída al equilibrarse la fuerza gravitacional y la aerodinámica de la fricción] exceeding 200 meters per second (720 km / h). You definitely wouldn’t want to go through a storm like this, ”concludes the French scientist.

Loftus, the co-author of the study on raindrops, clarifies here that they have not modeled what solid-state precipitation looks like. “Snow or hail are more complicated because they can have many different shapes for the same amount of water in a snowflake or stone,” he explains. What Loftus and his colleague Robin Wordsworth did in their work on extraterrestrial raindrops was to go beyond the Solar System. With exoplanets, everything gets complicated. These are enormous distances and the little information on its geophysics and its atmosphere is inferred from the slight changes in brightness when they pass in front of its star.

110 light years from Earth is one of the planets most similar to ours. Smaller in size, K2-18b receives about the same amount of radiation from its star as the 1,370 watts per square meter that the Sun bathes Earth with. In 2019, three different space telescopes determined that it is an exoplanet with abundant amounts of water vapor. Everything indicates that the raindrops there must be very similar to those on land.

At the far end of K2-18b is WASP-76b. There it does not rain water but iron. At an even greater distance, 640 light years, it behaves with its star like the Moon with the Earth, always giving it the same face. That makes the side of WASP-76b eternally exposed to stellar radiation to have a temperature of about 3,000 kelvin (2,726.85 degrees Celsius). The astrophysicist of the Center for Astrobiology (CSIC-INTA) María Rosa Zapatero explains what happens at such temperatures: “The iron evaporates and is injected from the hot side to the cold one.” From the 3,000 kelvin of one it goes to about 1,000 kelvin of the other, well below the condensation point of iron, which does so “in droplets and precipitates”, adds the person in charge of the ESPRESSO space spectrograph, with which they observed the particular atmospheric chemistry of this extreme exoplanet. The research was published in Nature last year. After the iron rain, very powerful winds of 100 km / s would carry the metal to the hot side, restarting the cycle. “If we could be there,” Zapatero concludes, “we would see intensely red, yellow and green clouds, as the gaseous iron swallows up all the blue light.”

Why did Biden leave when Alberto Fernández was speaking