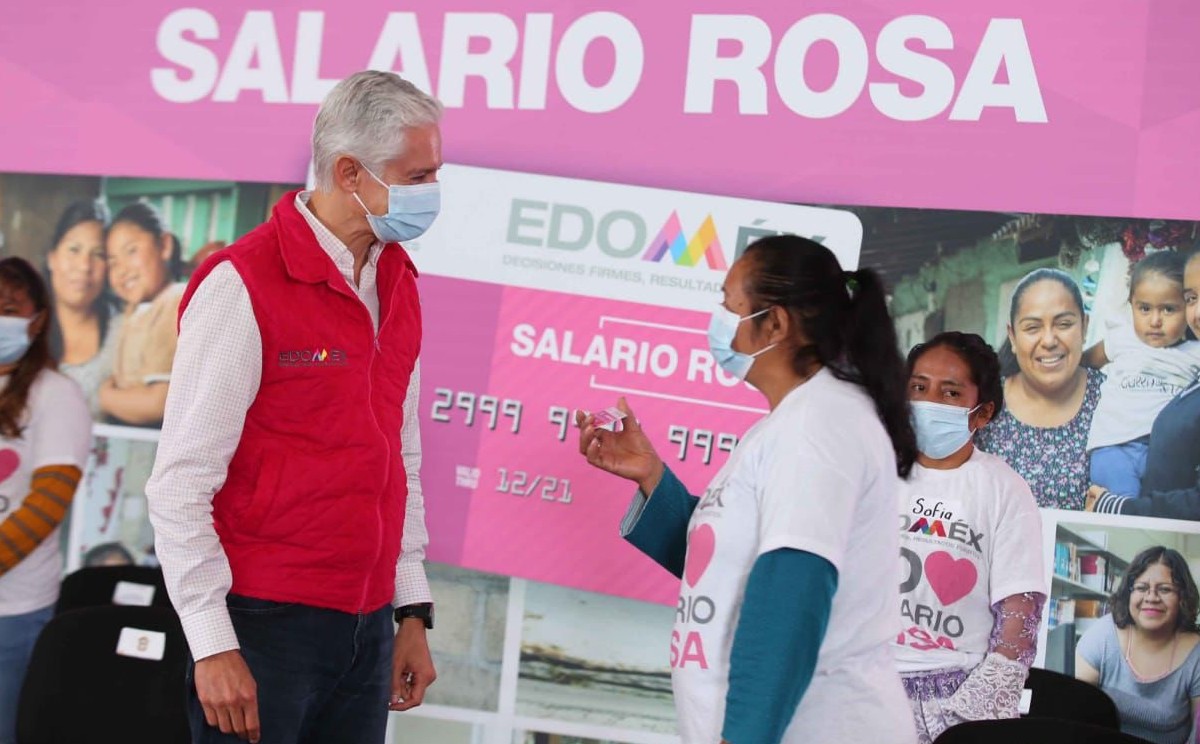 The Governor of the State of Mexico, Alfredo Del Mazo Maza, gave cards from the Familias Fuertes Salario Rosa program to women from at least 22 municipalities in the state, including Almoloya del Río, Villa de Allende, Amanalco, Calimaya, Donato Guerra, Ixtapan del Oro, Joquicinco and Malinalco, among others.

In the municipality of Villa de Allende, the Mexican president highlighted that throughout the administration, just over 411 thousand women, of the 125 municipalities have benefited With this program, the purpose of which is to recognize the work and commitment that Mexican women carry out every day.

“Today more than ever we are living through difficult times due to the pandemic, as this program is still more useful because it is a time when many jobs have been lost, businesses have been closed and it has been difficult times.”

More than a year and a half after the current health contingency, he added, the program supports the economy of women and families, since they are aware of the needs, managing it in the best possible way.

This scheme, he specified, is the most important of the management, because in addition to providing economic support to women, it offers them training in different areas.

“Today you are going to have this support and something very important is support that is not for a single occasion. You will have the Pink Salary permanently, so that you can invest it in whatever you want.”

In his speech, the Secretary of Social Development, Eric Sevilla Montes de Oca, pointed out that the Pink Salary complies with the provisions of the 2030 Agenda, because in addition to dispersing resources, it allows the development of the capacities of the beneficiaries and indicated that there are 25 courses, which can be started as soon as the covid-19 pandemic allows it.

BMW introduces the electric iX: One to get excited about and arrive