Alfredo Cornejo on Macri’s book: ‘I would say that in the second half there have to be new players’ 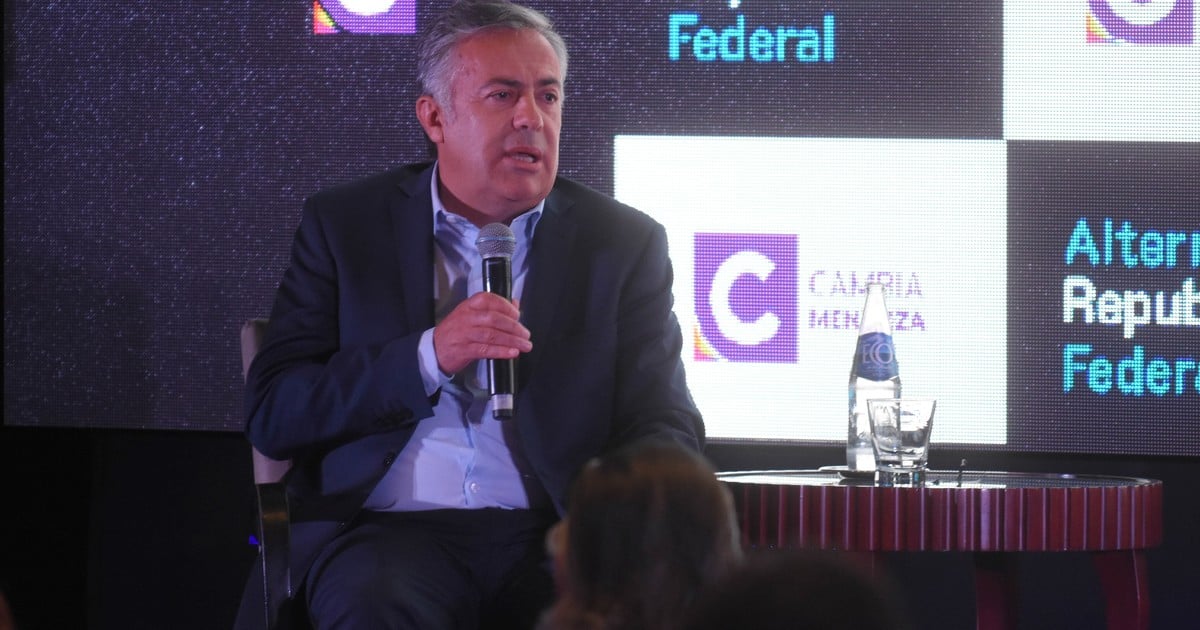 The presentation of the book “Primer Tiempo” by former President Mauricio Macri not only generated a stir in the government but also fueled the intern at Together for Change. The national deputy and head of the Radical Civic Union (UCR), Alfredo Cornejo, pointed out that “if the title of the book generates conjectures, I would categorically say that in the second half there must be new players, there must be changes.”

After Macri’s presentation at an event in Recoleta, where he distributed criticism of Kirchnerism and a strong call for unity of all aspects of Together for Change, this Saturday Alfredo Cornejo marked differences in the race for being one of the aspirants to contest the leadership of the opposition.

“I think it’s good for a president to write about his experience in government. How he lived it, and I think it serves the rest of the coalition. But of course he is not a writer, he is not someone who writes books, he is a person who is in politics and that he was President of the Nation and political readings are inevitable, “said Cornejo.

“I think conjectures have been made regarding the title ‘First half’, as there is going to be a second, as it is a launch, categorically I do not see it that way. I take it as a contribution, he contributes his vision, in some self-critical things, holds third parties responsible for some things that did not work. Some explanations I think are good, objective and some I may not share, “continued Cornejo.

And he issued a warning to the Juntos por el Cambio intern: “If the title of the book generates conjecture, I would categorically say that in the second half other players must play, there must be changes in the second half. And those changes have to generate sufficient confidence that we are going to be united, and the general orientation is to make a sensible economy “, in dialogue with the radio program” De Puntín ” Continental.

And in line with the confidence they must give in the face of the next elections, he remarked: “We need to add more Argentines, the successes of the last four years will be repeated and the failures will not be repeated. Nor is it that it was all bad“.

“In 2023, the Argentine citizens will look to the opposition to give it a new opportunity, it is very likely that this will happen, and if we stick together the candidate of that space will have to be defined in Primary elections“added Cornejo.

And with regard to the inmates in the UCR, Cornejo affirmed: “I have a somewhat ambiguous vision, I am proud that there are internal elections, but that competition brings out rags in the sun. Radicalism is competing in almost all the provinces and there have been no problems. “

Two children died in a fire in a house in Saratov

The criminal in Mytishchi died