The extradition to the United States of the businessman who seduced Chavismo shakes the Venezuelan hornet’s nest. The Justice Department accuses him of laundering money to pay for corruption and acting as a front man in drug trafficking schemes

The United States Department of Justice must be rubbing their hands. Alex Nain Saab, one of Nicolás Maduro’s closest collaborators, at his disposal to indict him for money laundering and corruption after 491 days held in Cape Verde, the archipelago where the businessman’s private plane landed one day in June from Tehran to refuel. A decision, in addition, that has been followed by the one adopted by the Spanish National Court to make effective the delivery of the ‘Pollo’ Carvajal to the North American authorities.

Saab is not just any dam. He is accused of innumerable schemes of money laundering, illicit enrichment, conspiracy … all in the shadow of Chavismo and for ten years. Judge John O’Sullivan, of Miami, has denied him bail from the outset, to which the arrested man replied by letter “I am not going to collaborate with the United States.” Also that he has no intention of committing suicide while in detention, said his wife, Camilla Fabri, during an act of support held in the center of Caracas.

The history of Saab and its meteoric rise defies the manual of the perfect upstart, the man who has best seduced the Venezuelan regime. The entry on the scene of this Colombian from Barranquilla with Lebanese descent dates back to 2011, during a bilateral meeting between Venezuela and Colombia, when he signed an investment agreement with apparently social overtones with the Government of Caracas.

Saab, elevated to ambassador to shield it, has been held in Cape Verde for 491 days. Venezuela describes his transfer as “kidnapping”

Saab’s mission was to import prefabricated materials from Colombia and Ecuador for the Great Housing Mission, the Chavista program designed to build two and a half million homes for families in poverty. The moment was ripe. Oil was flowing in abundance and the Bolivarian project, still led by Chávez, had more prestige than at present. The Americans now assure that the houses were not built or that they were built with insane cost overruns, and that of the 160 million dollars initially allocated for the project, only three were used for its legitimate purpose. The rest were never heard from again.

Saab’s businesses were oriented over time to currency trading within the framework of an exchange control system known as Cadivi, with which this businessman and another compatriot, Álvaro Enrique Pulido, would end up making huge profits. The operation, say those who have put Saab in a cell, consisted of benefiting from foreign exchange at preferential rates and then giving them an outlet on the black market. A business for which Saab and his buddy would have obtained 350 million dollars that they then rushed to ‘launder’, an activity that now appears in their ‘Must’.

But Alex Saab’s biggest business points to the food industry, specifically the Venezuelan government’s strategy to combat what they call a campaign of harassment and demolition of the United States to starve socialism. CLAP is a box with basic products at a reduced price that the Bolivarian regime has been delivering to families in vulnerable situations for years. Subsidized products, all imported, which have become the lifeline for, according to President Maduro, 9 million families. An idea inherited from the Cuban ‘basket’, which in the best of cases can last 10 days. Three kilos of white rice, one of pinto beans, another of lentils, 2.5 kilos of spaghetti, two of Mexican flour, an envelope of tomato sauce and another of mayonnaise … Hopefully some can of tuna.

CLAP, which is made in Colombia, is sold at a premium to the Venezuelan government, which should not have any need to buy beans in foreign markets. There is no meat, cheese, fish or vegetables, but it is common currency to buy wills in a country where the minimum wage does not reach 2.5 euros, less than 1% of the shopping basket. Well, Saab is accused of using this program, which hides a network of front companies spread from Mexico to the United Arab Emirates, to amass a fortune.

How could it be otherwise, the extradition of Alex Saab has unleashed an earthquake in the Venezuelan Foreign Ministry, which had made efforts in recent times to shield the status of the businessman from the legal fence that grew and grew around him. It has not been enough to avoid the arrest nor his appointment as plenipotentiary ambassador when he was in Cape Verde nor his election to join the team in charge of negotiating with the opposition of Guaidó in Mexico, contacts that have been blown up as soon as the arrest was known.

The news has already had an impact at home. Six former executives of Citgo, the US subsidiary of the state oil company PDVSA, who were under house arrest on charges of corruption, were immediately taken to the high security prison of El Helicoide. Five of them are Americans. Retaliation is served.

The Justice Department has another trick up its sleeve and this has to do with its suspicions that Saab acted as a front man for Maduro in a complex drug trafficking plot. If the accusations that the Americans have against him prosper, the businessman could go into the shadows for the next 20 years. A future black enough for some to already speculate on the strength of the convictions of this businessman with a proven waistline and the risk of having him out of reach. “I will face the trial with total dignity, I have nothing to hide.” He better than anyone knows that we are masters of our silences and slaves of our words. 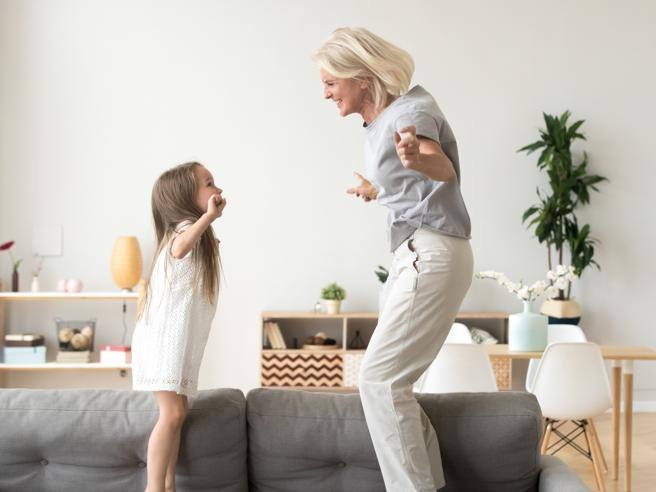 The mother of the killed child subjected to a psychiatric examination: this is what the doctor said about the mother

America will soon transfer Afghan pilots who fled to Tajikistan