Alert for WhatsApp Pink, the fake pink version of the app that infects the cell phone with a virus 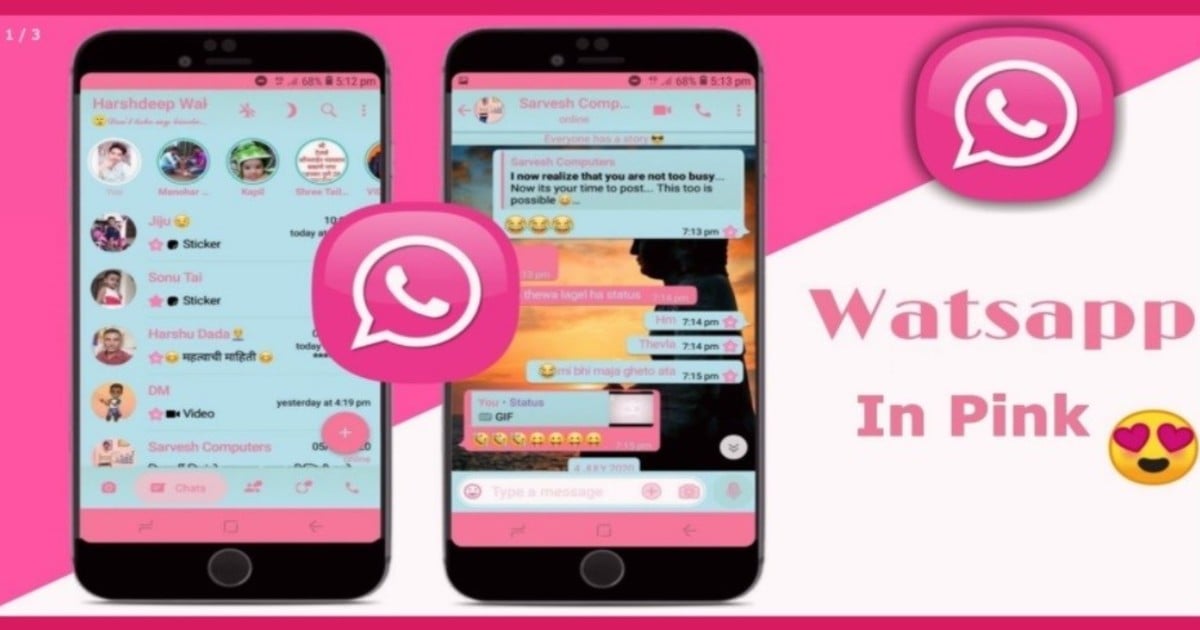 A new premium version of WhatsApp began to be distributed over the internet with the promise of a greater degree of customization, colors and new functions. Is about WhatsApp Pink (pink), a fake version of the messenger that far from improving the service experience can infect the cell phone with virus.

The alleged special versions of the messenger They have been tempting users for years with modifications that are not present in the legitimate application, with the aim of trick them to get a profit in return.

For this reason, cybersecurity researcher Rajshekhar Rajaharia warned on Monday through his Twitter profile of a new threat: WhatsApp Pink.

This scam is distributed through messages within chats, and ensures that it is a new look for the messaging app, in pink.

The message, also with a pink background, urges you to click on the button that includes. But if they do, users will get a virus in return (malware), as the researcher warned, and they will completely lose control of their phone.

Virtual scams around the messaging service date back to 2015 when it appeared WhatsApp Blue, one of the first malicious versions that promised modify the interface color to adopt the one that indicates his name, but instead issued questionnaires and subscribed to victims to payment services.

WhatsApp Plus, the modified version of the Facebook messenger.

Also a few years ago it attracted attention WhatsApp Plus, a modified, unofficial version that expanded the functions that the legitimate app would offer. However, following Facebook’s acquisition of WhatsApp, the company began to lock accounts they used third-party versions like this one.

Even a so-called WhatsApp Gold that promised to send up to 100 simultaneous messages, videoconferences, the power to add themes to modify the application, customizable icons, more emoticons and all kinds of functions that the official app does not have and users ask for.

On the other hand, a computer emergency response team in India (CERT-In) issued an alert on Monday about several programming flaws that compromise the personal and confidential information of users of WhatsApp and WhatsApp Business.

It is a series of “high” risk vulnerabilities, according to the official statement published by the Gadgets 360 site, which affect WhatsApp and WhatsApp Business users both on the web and on smartphones with versions prior to v2.21.4.18 on Android, and v2.21.32 on iOS .

These failures were recorded in WhatsApp applications due to a cache configuration problem and the lack of limit checking in audio decoding.

According to CERT-In, attackers could exploit these new messenger vulnerabilities to “execute code arbitrarily or access sensitive information “.

Cybercriminals could attack a user by sending an animated sticker during a video call.

The origin of the vulnerability was found in the lock screen WhatsApp, and could be used to communicate through the messaging application by giving voice commands to the Siri voice assistant, from Apple.

Also, a vulnerability Use-After-Free allows cybercriminals attack a user by sending a sticker animated during a video call.

India’s Cybersecurity Agency Recommends update to the latest version of WhatsApp to avoid the problems resulting from these vulnerabilities.