Alcohol Minors have ordered alcohol from foreign online stores to a vending machine – Posti: “For us, it is one package among others” 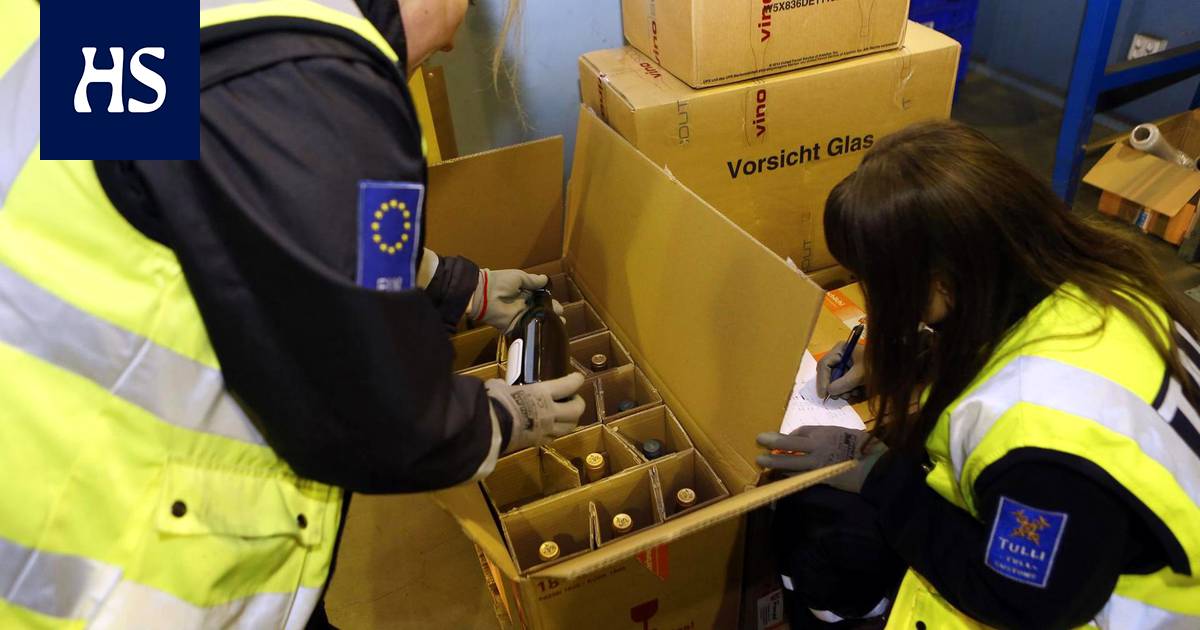 The lack of age limit control is one of the side effects associated with the distance sale of alcohol from abroad to Finland. According to the authorities, there are no easy solutions to the situation.

When To buy alcohol in Finland, you must be prepared to prove your identity and age at Alko’s or the store’s checkout. Alcohol may only be sold to persons over 18 years of age.

However, minors have managed to order alcohol from foreign online stores to vending machines, says Yle.

Foreign online stores may ask for the customer’s adulthood, but one click is enough to bypass the question. The age limit is not monitored. If the status of the packet is in the parcel machine, then the age of the recipient is not controlled either.

Manager Ismo Tuominen the ministry of social affairs and health says it heard a high school principal warn parents about the messaging service in Wilma: high school students had ordered alcohol from abroad to a vending machine.

“Of course, this means that it does not have even the most basic control,” says Tuominen.

In Finland, Alko has an online store, but the drinks ordered from there are redeemed at the office or pick-up point, in which case the recipient’s age can be checked.

Alcohol Distance selling, ie ordering alcohol in Finland from foreign online stores, has been twisted for years because Finnish and EU legislation differ. The Finnish Alcohol Act does not mention distance selling of alcohol from abroad to Finland.

According to Tuominen, one of the reasons is that the matter cannot be controlled.

“We’re currently figuring out if it’s the whole activity [alkoholin etämyynti ulkomailta Suomeen] illegal or legal and what kind of activity. The issue of age limits is related to this in a small detail. ”

At the end of April, the government must report to the EU Commission on its attitude towards ordering alcohol from foreign online stores.

Inspector General of Customs Anna Kallion according to, alcohol shipments usually come from online stores elsewhere in Europe. The lack of age limit control is also known to Customs.

“Customs has very few ways to control this,” Kallio says.

“The Alcohol Act already provides that the transmission and delivery of an alcoholic beverage, both for a fee and without a fee, to a person who is a minor is prohibited. It should be clarified how this control is implemented in connection with the delivery of consignments, ”says Kallio.

Postal Director of International Parcel Services Sami Finne says that Posti does not sell services to companies that deliver alcohol to consumers. The Post Office therefore does not deliver consumer items which, in principle, are known to contain alcohol.

“Because there are no such services, we are not able to target age limits. If, on the other hand, an individual consumer orders a plastic bottle of liquor from a Lithuanian online store, it looks like a package similar to a package with at least two books, ”says Finne.

“If we receive shipments through an international postal operator that have not been told they are alcohol, we have no information about the content. We don’t see inside the package. For us, it’s one package among others. If the package has been ordered at a vending machine or service point, it will go there. ”

According to Finne, for these reasons, Posti is unable to intervene in age control for alcohol. Whether or not distance selling of alcohol is legal is a matter for the legislature, he says. If distance sales of alcohol became legal, Finnte said Posti would also be able to monitor the age limit.

“When you know what is being sent and the alcohol is being sent honestly as alcohol, age limits could be carried out. We would have the ability to introduce age limits, for example at service points or home deliveries. With the current legislation, it is not possible, ”says Finne.

Customs investigates cases involving the distance sale of alcohol, but the Director of Customs Supervision Hannu Sinkkonen according to age limit issues have not come up in the degrees.

“But it is true that no one monitors the age limit if a minor orders alcohol from Europe. This is a real problem. ”

According to Sinkkonen, it is difficult for the authorities to intervene in e-commerce because goods have free movement within the EU. He emphasizes the responsibility of the seller.

“It should be noted that even in countries where e-commerce goes to Finland, alcohol may not be sold to minors.”

Sinkkonen points out that in distance selling, the same problem applies to products other than alcohol, the sale of which is legal but for which age limits have been set. These include tobacco and adult entertainment products.

According to Sinkkonen, EU-level regulation is needed.

“If you are in an official store structure and there is an official store that sells, there should be some means of identification. Consideration should be given to how, even in a legitimate online store, authentication could be carried out in such a way as to ensure that a minor cannot order products with a sales age limit. ”

Age limit control lack is one of the side effects of the problem of distance selling of alcohol from abroad to Finland, says the director Jussi Holmalahti From the Social and Health Care Licensing and Supervision Agency (Valvira).

“It is not possible to fix it alone, because we are debating whether distance selling of alcohol from abroad to Finland is possible or to what extent. Age limit control cannot be solved separately from this framework. ”

Holmalahti also reminds of the responsibility of families: parents must be aware of the activities of their minor children and the use of money.

“If parents find that young people have alcohol, the first question should be how it was acquired. Yes, parents have a big responsibility in that. ”

A dramatic reality: poverty would be 54% without social assistance and would affect almost 25 million Argentines

Due to the robberies in the Chacarita cemetery, there are graves and vaults that are left without identity