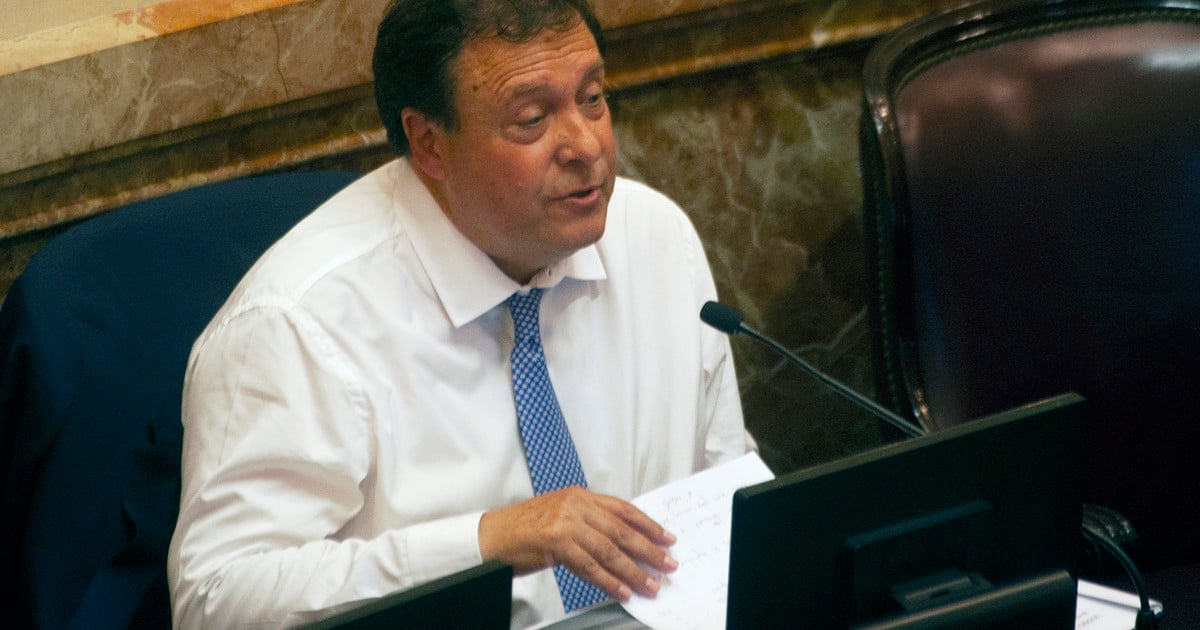 Alberto Weretilneck launched a bold anti-crack message in full appearance of Santiago Cafiero in the Senate. The senator from Río Negro described the division between Kirchnerism and Juntos por el Cambio as “electoral business”. And he criticized Alberto Fernández: “Governments shape the opposition they want. “

The position of the former governor. rionegrino received the support of La Riojan María Clara Vega, of Peronism no K, who took the opportunity to ask Cafiero to leave of behaving like “a troll”.

In one of his speeches in the Upper House, Weretilneck analyzed the harsh economic and health reality of Argentina due to the coronavirus. And for the post-pandemic, summoned to overcome the crack that crosses Argentine politics.

“Excuse me, Mr. Chief of Staff, I’m going to be critical “, anticipated the senator of Juntos Somos Río Negro, a third way at the provincial level.

“I am convinced that governments shape the opposition they want. I sincerely believe that you, the Frente de Todos, like this opposition that you have: they like the confrontation, the fight, extreme issues, “said Weretilneck.

And he evaluated: “If I listen to the first hour of your message and what happened in the venue, it even seems that it is a good electoral business and even media “.

However, he warned that extreme speeches are “the Argentina of before, not the one of today.”

“When I see in studies that 40 percent of Argentines are not represented by the two majority forces, which have governed the country since 1983, I think something changed“he added in his address.

And he warned about the effects on the political system of the covid emergency: “When we see the balances of the pandemic, one of them is the breaking of society with the traditional political system. “

At the close of his speech, he called get a “great deal” among all political forces.

“All the victims of the coronavirus and those who were affected ask us to let’s set a bigger goal: try the great agreement, the great dialogue, the great consensus, “said the former president of Rio Negro.

Vega: “Let Cafiero get off the troll place”

After Weretilneck’s speech it was the turn of Maria Clara Vega. The senator for La Rioja is of Peronist roots and was even part of what was Cambiemos. However, since December 2019 it integrates the interlock Federal parliamentarian in the upper house.

From that place in the political space he supported the statements of the Rio Negro legislator. And took a step further in the criticism of Santiago Cafiero.

He distanced himself from the statements of the Chief of Staff on gender policy. He mentioned the problem of gender violence and, in his opinion, the poor institutional response before the recurrent complaints of the victims.

“How many things could we have changed if instead of fighting so much for him inclusive language or millennial and we take care of the real actions so that these women have the necessary help, “said Vega.

He also referred to the unstable place of women in the informal economy, “which is not reflected in official statistics” on the effects of the pandemic and restrictions.

Then it was lapidary with Cafiero.

“I ask the Chief of Staff to get off that troll place, tweeter, serial answerer. And that in the twilight of his management be more humble and be able to recognize these errors, “he assured about the report of the Chief of Staff in Congress.

Criticized international politics of the Government regarding the Argentine vote against Israel at the UN, the ties with Venezuela and “Juan Grabois’s trip to Colombia.”

“Tell me who you hang out with and I will tell you who you are. That is also what Argentina must take care of: it must not only say, but actions must also demonstrate along with which countries we are, “he said of diplomacy.

Finally, it was very hard to analyze the official management of the pandemic and VIP vaccination.

“We do not do politics with vaccines, we don’t take pictures. Those who are going to take photos with each of the shipments are you, and society knows that, “said the legislator.

About, directly interpellated to the national official: “You At no time did he answer for the VIP vaccination, He never explained that those vaccines that are under 30 years old today could have saved a few lives that we cry today and older people who are still waiting for the miracle of the vaccine. “

And he concluded: “There are many things that you did not answer. I hope make a mea culpa and help the President to improve his management. But above all, the lives of Argentines who should have been inoculated today are saved. “