Alberto Fernández’s song, I fall and get up, and my dear Cristina 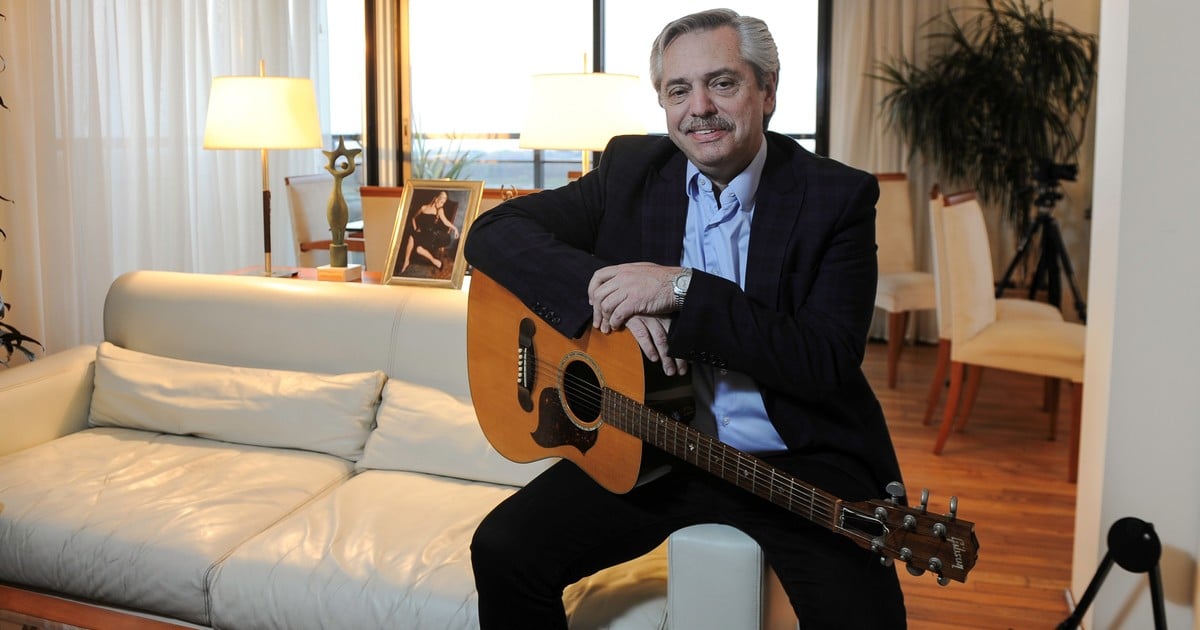 Alberto Fernandez’s song is like this: “If I get lost, I find myself. If I fall I get up. The secret in this life is to keep singing”.

He premiered it on the Caja Negra program and repeated it in a campaign event in La Plata.

In the din of the recitation, instead of “I” get up, he came out saying “my” get up.

But it was understood the same. He claims that this poem motivates him a lot.

He also assured that “we continue to sing.” He was referring to the ruling party.

The structure of his verses resonate with other popular poetry, for example: “In the sky the stars, in the field the thorns, and in the middle of my chest the Argentine Republic”.

There were attentive ears and reviews of the presidential poem. The writer Marcelo Birmajer considered that a word would be missing in the last line. Alberto says: “The secret of this life is to keep singing”.

For Birmajer it would have been better to enunciate “the secret of this life is to ‘always’ keep on singing.”

The metric would be more accurate.

But they are literary discussions that do not diminish the merit of putting letter to the desire for recovery.

The presidential musicality has been inspired renewed after the broadcast of Fabiola’s birthday.

It is that to Olivos the friends and the friends entered the birthday of the first Lady invited to crumble, although not knowingly, the walls of the official residence.

There is an equivocal assessment of the effects of frivolity encouraged or rather exercised from the center of power. Suddenly those lightness allowed in other historical moments, but now prevented by the president himself, highlighted an immense irresponsibility in the face of an anguished society as rarely. There is nothing more offensive than laughing in the face of those who suffer.

The basic borders were reformulated: inside-outside. From the outside you saw what was happening inside, but from the inside they seem blind to what is happening outside.

The State was absent from itself in its own residential headquarters.

Olivos was destatized in his clandestine party.

The State was absent right where the Head of State lives. And what had to be controlled was not controlled.

The First Lady’s environment went to the forbidden birthday with those weapons that on certain occasions can be lethal and they used them: cell phones, and they photographed and filmed. A tacit conspiracy, smiling and alien to death that killed thousands due to COVID.

The president had not noticed that it is visible.

It is a remarkable misperception, as if I lived in another time when information and communication technology was not what it is.

They lit up that festive and presumably protected privacy with searchlights and the images could have more than a thousand complaints.

Now, the great idea they have had is to show and disseminate from their friendly screens the scenes they hid for a year, so that on display they are diluted in the amnesic waves that decapitate our memory juxtaposing one scandal after another.

Presumed forgetfulness is induced by overdose of covert disasters.

Alice in Wonderland tells: “I have often seen cats without smiles. But I have never seen a smile without a cat“.

We have often seen meetings without smiles, but we have never seen inactive cell phones in the reckless meetings of motley pimps.

We have often seen and heard generally respectable people who suddenly lie out of pity or for alleged and controversial reasons of state. Secrecy and power have maintained an atavistic alliance.

But we have never seen liars who do not lie.

Why do compulsive liars lie?

Sometimes it is an empty form of seduction. They try to seduce all the time even if the world falls.

The serial seducer, however, always finds a limit. Here it is clear. The limit for him is Cristina Kirchner.

She implements the president for her purposes. It never falls at your feet. Do not even think about it.

Devil Cross. She is immune to the presumed managerial charms that he believes she possesses, to his style of political seduction.

She takes the microphone from him, she mikes it, she treats it or disembowels it.

Behind all the photos and all the lies stands the vice president.

From his will came the delay of the always promised Pfizer vaccine among other very delicate decisions.

The pre-election vertigo despairs the rulers.

And he finds the president on a bizarre roller coaster built with the unbalanced rails of the country and the economy and also by mistakes that no one forced and that seriously jeopardized his credibility.

He has a very focused look at existential descents and ascents. He promised to put Argentina on its feet.

He states that if he falls he gets up.

He also assured that they were not going to make him “fall”.

Who was he referring to?

All the rumors multiply.

The pressures are capital letters.

The problems are enormous.

And the president continues to sing.