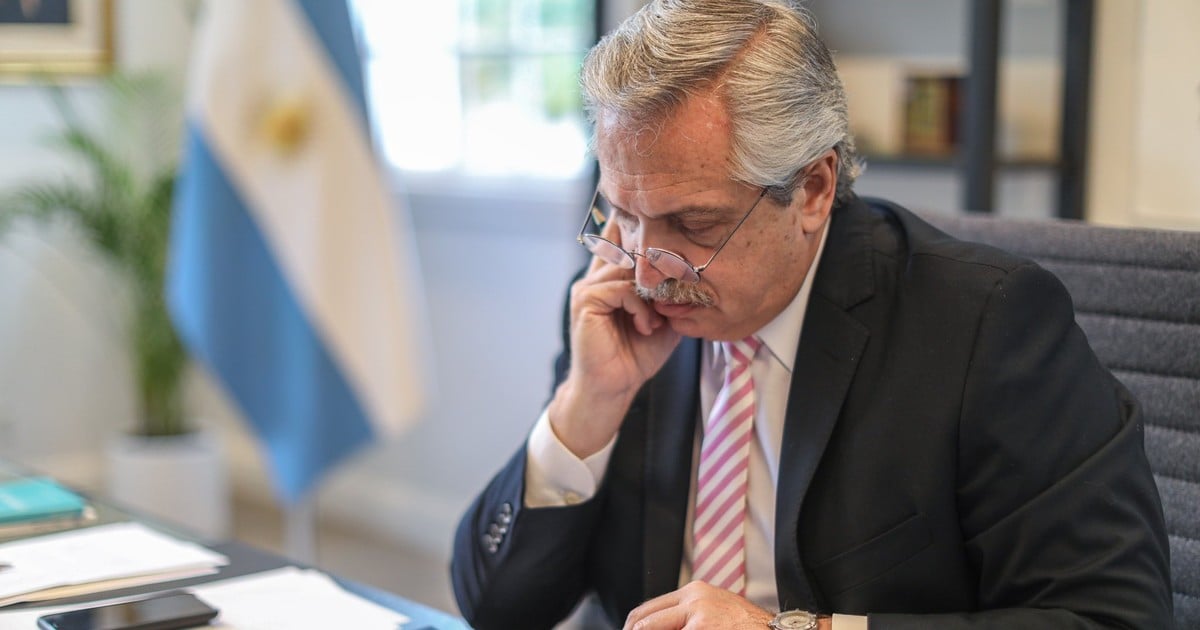 “The society of mistrust” is a concept that the French historian and philosopher Pierre Rosanvallon introduces when he points out that not only the legitimacy but also the confidence of the society. Under this magnifying glass, he considers that mistrust is a necessary evil because it becomes a kind of control towards the rulers of the day. But risk lurks when the level of mistrust is so high that endangers the link between government and society.

“We Argentines are distrustful of the future because in the past we have already been screwed”, points out crudely the political scientist Andrés Malamud, in a reflection on the history of recurrent crises that we Argentines suffer. Now, what happens when, in addition to the past, in the present the presidential word is devalued along with doubts about who holds power –if Alberto Fernández or Cristina Kirchner-; the economic course is uncertain because there is disinvestment, more poverty and unemployment; the political rift deepens; and the only achievement that the Executive Branch can exhibit is the vaccination campaign.

According to the confidence index that the Di Tella University has developed for two decades, in May 2021 compared to May 2020, when the first stage of the pandemic had passed in which the presidential image grew due to his willingness to agree and work with the opposition against the virus, confidence in the management of Alberto Fernández fell by 36%. A second piece of information; the current confidence level is below that of Mauricio Macri in December 2019 when leaving power.

The government of Alberto F. is immersed in a picture of deep mistrust on the part of an important segment of society and the sectors of production and work.

“Trust is not only external, it is internal, the Argentine does not trust Argentina. How is that expressed? Through prices. Confidence and future expectations are always manifested through the price, that is why Argentina has to pay a higher interest rate than the rest, even Peru ”, assures Clarion Claudio Zuchovicki, Executive Director of BYMA (Bolsas y Mercados Argentinos).

The specialist gives Peru as an example, convulsed these days by politics and the pandemic. “A Peruvian sol and an Argentine peso were worth the same 20 years ago. Despite the fact that Peru had three presidents imprisoned, one committed suicide, an election with a phenomenal second round because it was between two people who think completely differently and none in the first round got more than 20 percent of the votes. In this state, Today with a Peruvian sol you buy 24 Argentine pesosLook at the devaluation ”, exposes.

The current high distrust has several categories. The first one could be, distrust of who holds power. Because Cristina Kirchner has twisted the course of many decisions by Alberto Fernández. The vice president has vetoed the owner of the pen from a cordial relationship with Horacio Rodríguez Larreta at the beginning of the pandemic; the negotiation strategy with the IMF that went from immediate necessity to kicking itself off after the elections; the appointment as candidate to the Attorney General of Daniel Rafecas; the increase in rates in the AMBA; the decision taken by the President together with his Minister of Economy Martín Guzmán to dismiss the Undersecretary of Energy Federico Basualdo; a critical foreign policy towards the Nicolás Maduro regime; among many other expressions of hard Kirchnerism against the policies of the Casa Rosada.

The mistrust of the management against the pandemic. Because the Government announced that by June there would be 60 million vaccines. He promised something he should never have promised. But not only that, it caused the Vip Vaccination scandal that ended up ejecting the Minister of Health, Ginés González García. And he was distracted in cases such as that of the Treasury Attorney, Carlos Zannini, who posed as health personnel to vaccinate himself and his wife; or the long list of cases in the province of Buenos Aires of young officials and militants who were vaccinated, uploaded their photos making the “v” and left the risk groups without doses.

And because Kirchnerism turned face-to-face classes into a political dispute, again with Larreta, far from the interest in the mental health of the hundreds of thousands of boys who did not attend school in 2020. In the first place, it originated with a DNU de Fernández, whom epidemiologists had not advised at that time to suspend presence. In addition, he did not speak previously with the head of the Buenos Aires government due to a tantrum: he was angered that Larreta had extended the closure of the gastronomic restaurants one hour more than agreed. But the excuse of concern about contagions to close schools ended up vanishing when it was found that the level of cases did not increase in the City with the attendance of the elementary school and kindergartens. And, despite the recommendation of the Casa Rosada, Governor Axel Kicillof ended up enabling face-to-face classes, reinterpreting the contagion figures to grab an argument.

The distrust in the presidential word. Because in his erroneous belief that you are the best person to communicate government management, Alberto Fernández has made serious mistakes. The most scandalous, the quote about “The Mexicans came from the Indians, the Brazilians from the jungle and the Argentines from the ships” that generated enmity with those peoples, traveled the world and joined the dangerously habitual diplomatic frictions. As when he criticized Israel’s military reply to the Hamas terrorist group at a time when there was an Israeli mission in the country to address cooperation in the development and production of a vaccine from that country against Covid. Or when Fernández interfered in internal matters such as anticipating his congratulations to Castillo in Peru, or taking a position on the protests in Chile and Colombia, ignoring the governments of Sebastián Piñera or Iván Duque. In addition to each conflict that he generated when he used the filmstrips to compare the Argentine health situation with other countries.

The mistrust in economic management. Because it was Minister Guzmán who defended until very recently the 29% inflation for 2021 that reality ended up sweeping, to the point that there is already talk of 50 points. Or the anti-inflationary strategy that persecutes and fines companies, restricts imports, or suspends meat exports but prices do not fall because the problem is another. And with the increase in subsidies by not increasing rates, all the extra that is coming in from the record price of soybeans will end up wasting on subsidies and current expenses, with the sole objective of winning the elections.

While the aid to the middle sections of the population is more than insufficient. Unemployment and labor informality are growing, adding to the drop in wages compared to inflation. With limited aid for businesses that are still standing. Notwithstanding which, the holder of the AFIP, Mercedes Marcó del Pont he had decided punish one of the most punished sectors such as monotributistas with a 35% increase in their contributions and a retroactive debt of five months. Only the generalized rejection made the Government review that decision out of date from reality. But the damage to trust is irreparable.

Such is Zuchovicki’s reasoning, when the Argentinian distrusts he stops investing Because your assets are worth less, your salary is less than other people in the world with the same profession. “It is much broader and emotional, deeper than economic. Because in the end it is, should I put another restaurant? Do I open another place? Do I invest? And that’s where the reluctance is. And without that there is no job creation because if there are no people who trust and take risks, there is no work“, Explain.

“And I add one more value, credibility, even though I present an economic plan. If I always say on weekends, on Monday I start the diet, no matter how much there is a plan, they do not believe that I am going to do it because I never do it “, Add.

So how do you restore trust, credibility? Nothing is utopian in Argentina, but it sounds very difficult. When the elections have taken place, Alberto Fernández will reach the middle of his term, in which with the greatest optimism he could show a massive vaccination in the middle of the beginning of the end of the pandemic, but with a balance that possibly exceeds one hundred thousand deaths.

The most feasible thing is that power continues to be exercised from the Instituto Patria, not from Olivos; that the economy maintains a gloomy outlook, without foreign investment; and that the X-ray left by the pandemic is one of more poverty, more unemployment, and inflation similar to that left by Mauricio Macri. Regardless of the electoral result, which for that matter, it will mean more or less power for Kirchnerism, and the chance to have a majority in both houses of Congress, as happened in 2011 during the re-election of Cristina Kirchner.

But more power in no way means having the solution to problems and building trust. It happened to Cristina. Her candidate -Daniel Scioli- lost the elections and she left a country in crisis. The difference is that Alberto Fernández still has two more years ahead of him.