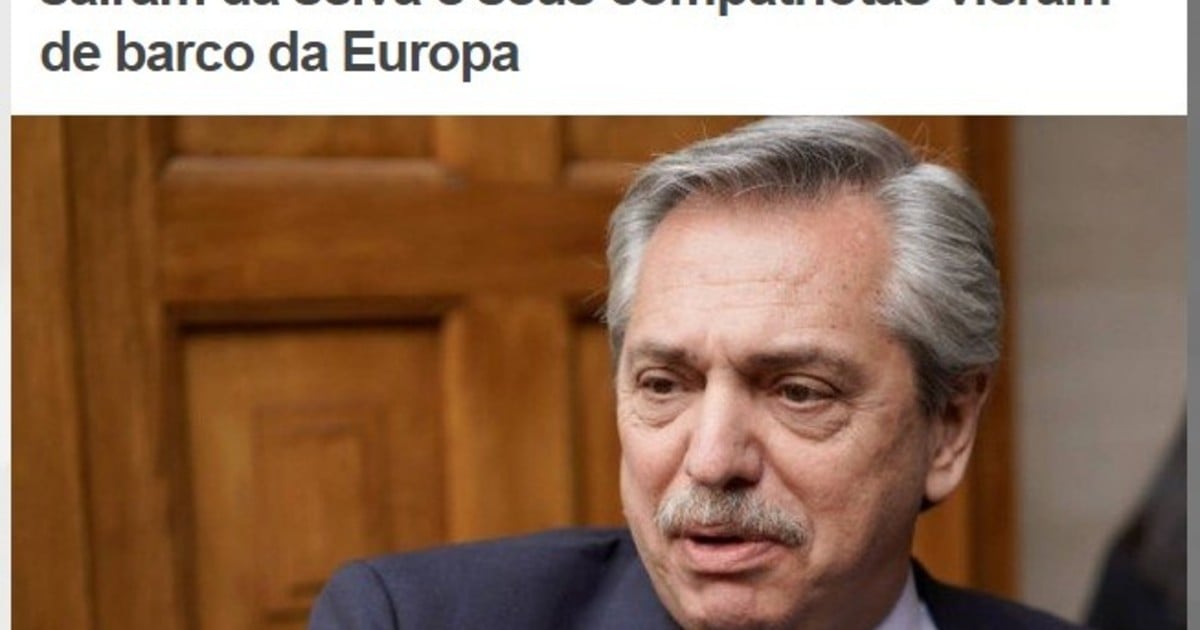 After the confusion of Alberto Fernández during the press conference he gave with the President of the Government of Spain, Pedro Sánchez, in which he said that “the Mexicans came out of the Indians, the Brazilians came out of the jungle, but we Argentines came from the ships of Europe “, the news sites of those two countries they expressed their discomfort.

The president said to quote the Mexican poet Octavio Pazwhen he was actually mentioning a verse from a song by Litto nebbia.

Faced with this controversial phrase due to the fact that immigration occurred not only to Argentina, but to all of America, some journalistic media reflected the statements by the President and they singled him out for his “racism”.

One of them was the Folha newspaper: “La racist phrase reveals a deep cultural trait that minimizes or even denies the mestizo roots of the Argentine population, a thought that has been present since the 19th century among important intellectuals and rulers. “

The article entitled “Fernández says that the Brazilians came from the jungle and the Argentines came by boat from Europe,” a historical record of different phrases charged with the same intentionality, from Domingo Faustino Sarmiento to Mauricio Macri.

In the text it mentions that the author of The Facundo spoke of the need for “whiten Argentina” for the development of the country. He states that in his tenure, he “encouraged the immigration of Europeans for this purpose.”

The media also recalled that former president Carlos Menem denied in a speech at the University of Maastricht in the Netherlands, in 1993, that the country had blacks. At the same event, when asked about slavery in Argentina, he said that in 1813, the year of abolition, the few blacks had already died, and that, then, it was “a Brazilian problem”.

Closer in time, the journalistic note recalls that during the 2018 Davos Economic Forum, former President Mauricio Macri affirmed at the opening of his speech, as a way of greeting the audience, that “we are all descendants of Europe”.

For its part, the Mexican newspaper Exelsior highlighted the news as the main one of the day: “The Mexicans came from the Indians … the Argentines came from Europe,” he titled that site and described: “The president of Argentina, Alberto Fernández, makes a controversial comment comparing the origins of Mexicans, Brazilians and Argentines, and it wasn’t a joke “.

The Mexican newspaper El Universal also highlighted the phrase and the president’s mistake when quoting a verse from a song instead of the writer Octavio Paz.