Alberto Fernández: ‘There is no right for the crack to postpone the development and future of Argentina’ 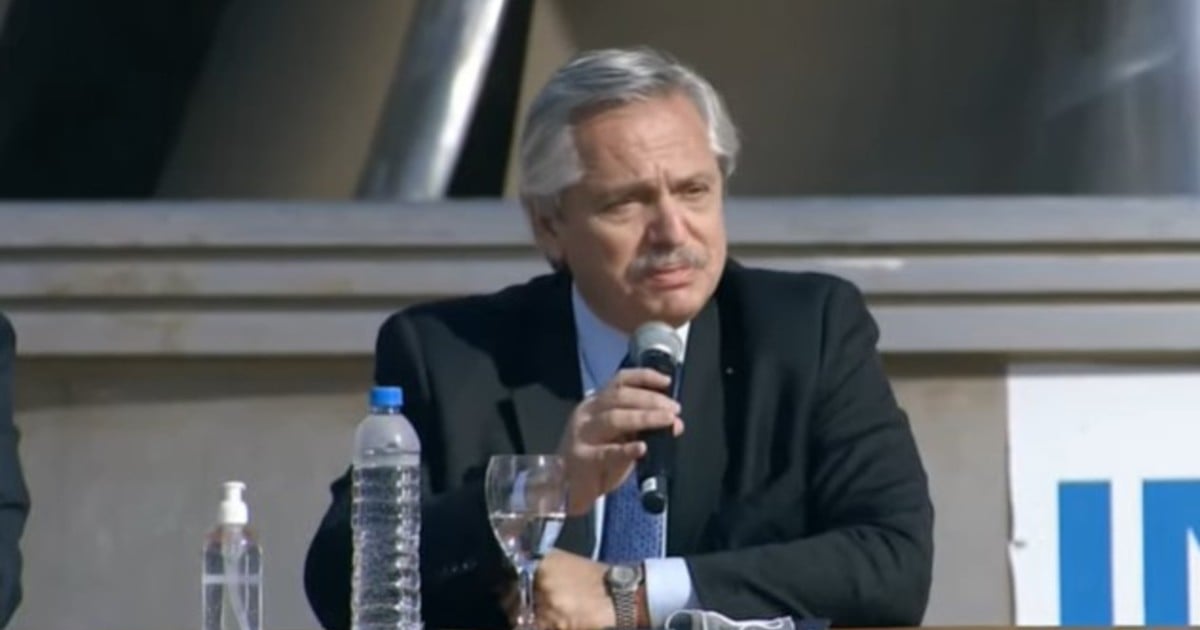 President Alberto Fernández participated this Thursday in an event at the emblematic company IMPSA in Mendoza, of which the State became the majority shareholder, and argued that political differences cannot postpone “the development and future” of the country.

“There is no right that the crack postpones the development and future of Argentina,” said Fernández, seated next to the radical governor of Mendoza, Rodolfo Suárez.

He said it during a ceremony in the city of Godoy Cruz, where he visited the plant of the former Metallurgical Industries Pescarmona Sociedad Anónima (Impsa). The national State will inject 14.4 million dollars into IMPSA’s capital, so its shareholding becomes 63.7%, while Mendoza will contribute 4.9 million dollars, keeping 21.2% of the actions, as detailed.

In a message aimed at the opposition, Fernández said that due to the distances between the different political actors “people suffer.”

“Every day they end up creating distance between us and sometimes because of that distance people suffer“insisted the president.

The president was accompanied by the governor of Mendoza, Rodolfo Suárez; the Minister of Productive Development, Matías Kulfas; the president of the company, Marcelo Kloster; and the CEO, Juan Carlos Fernández, among other authorities.

IMPSA is a company that exports 85 percent of its production and is present in more than 40 countries by generating equipment for the oil and gas industry and for hydroelectric, nuclear, wind and solar photovoltaic energy.

With this investment, the national state will become the main shareholder with 63.7 percent of the total, while the provincial will participate with 21.2%, said the spokesmen.

IMPSA is making progress in the recomposition of its working capital and has national and international projects in its sights.

The remaining 15.1% will remain in private hands: 9.8% corresponding to the shares of the creditors’ trust and the other 5.3% for the trust of the founding family.