Alberto Fernández: ‘The vast majority of people perceive the dimension of the problem’ 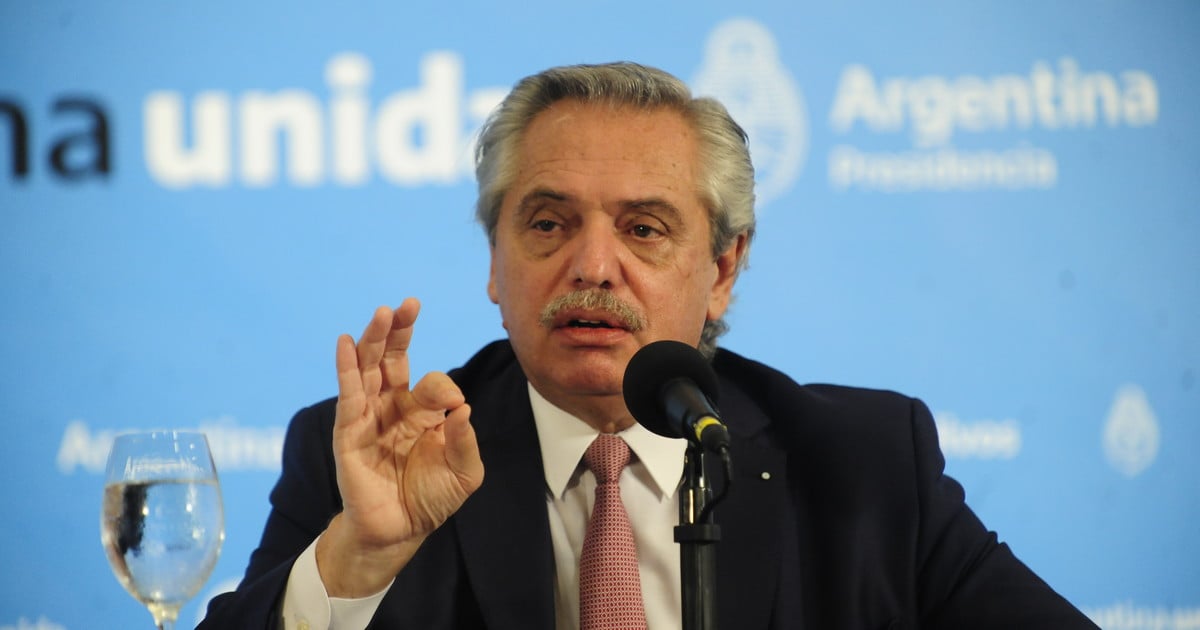 President Alberto Fernández considered that “the vast majority of people perceive the dimension of the problem” when making an analysis of the first day of the new restrictions applied by the National Government to face the second wave of coronavirus infections. “Compliance was very high”, notice.

This Friday, the restrictions to circulate began and there were 10 checkpoints at the entrances to the City with the slogan of dissuading. In fact, federal forces covered strategic points and even Security Minister Sabina Frederic toured the checkpoints.

In this regard, Fernández was satisfied and thanked “everyone who helps me at this time by minimizing circulation and social encounters.” In that sense, he thought that people “warns that it is exposed being in places where there is a lot of crowds of people “.

In dialogue with the site Key Data, the head of state assured: “Most perceive that we are facing a serious problem sanitary that requires a greater effort of all and all “.

On the other hand, the president attacked the City again for the presentation of amparos that seek to curb in the Buenos Aires district the norms of the presidential decree published this Friday in the Official Gazette.

“It does not seem reasonable to me to judicialize health policy decisions in the middle of a pandemic. We are demanding that the judges take decisions that exceed them for the same objective pandemic framework, “criticized Fernández.

And he defended his decision by pointing out that “the first rejections have already taken place in some courts of the City from Buenos Aires who understand that it is an issue that exceeds them “.

In addition, the president justified his position by underlining that “the decisions were made for the entire AMBA because in this way it can be in tune to the City’s health system that today is on the verge of saturation for the use of beds that were used in the care of other pathologies that are not coronavirus “.

This Friday, the president could not hide his anger with the head of the Buenos Aires Government Horacio Rodríguez Larreta and in public, when opening the press conference after the meeting at the Quinta de Olivos, he made clear the distance that separates him from who, in Last July, he came to point out as his “friend.”

In addition to the complaints about the new hours of restrictions to circulate, another of the annoyances on the part of the mayor of Buenos Aires was due to the suspension of face-to-face classes.

Shortly after, Larreta also gave a press conference where he assured that they will do “everything in our power so that the boys are in the classroom next Monday.”

Fences in Olivos and anger with Bullrich

Alberto Fernández once again expressed his anger with the president of the PRO, Patricia Bullrich, for being present at the Quinta de Olivos during one of the cacerolazos that were carried out against the new measures applied by the president.

“I ordered to remove the fences that during the night the Federal Police put in Olivos. I ordered that I don’t want fences. They had been put preemptively for himthe violence of the demonstration in which Patricia Bullrich was the other night and for fear of them coming back, “he explained.

The head of state had already harshly criticized the former Minister of Security: “I have seen her run through many places, and I have seen her end at sunset, in the place where she is now.”

Bullrich’s response came through his Twitter account, where he asked the president not to “worry” about her, and fired: “Take care of getting vaccinations, of the unemployed, those who close shops, those who are not educated. “He also said on the radio that the ministers Nicolás Trotta and Carla Vizzotti should have resigned.

Fernández’s anger came after the head of the PRO participated in the demonstrations that took place this Wednesday at the door of the presidential residence, hours after the new restrictive measures were announced to alleviate the effects of the second wave of coronavirus .

What is the cause of the coronavirus crisis that is hitting India?

Lavrov on the expulsion of 10 US diplomats