Alberto Fernández spoke of his criticized phrase about the ‘relaxation’ of the health system: ‘I never said such a thing’ 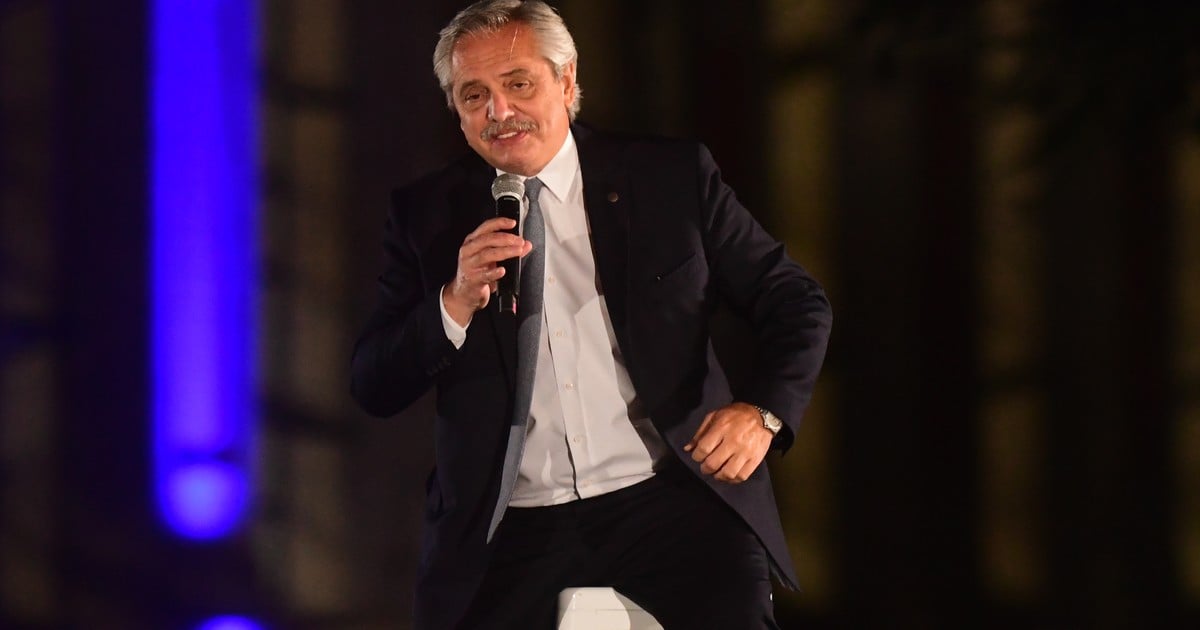 President Alberto Fernández again clarified this Sunday his statements regarding an alleged “relaxation” of health personnel, noted that his statements were misrepresented and apologized.

“I never detracted from the commitment shown by health personnel. If someone was honestly upset with my sayings, beyond what was explained, with the same honesty I apologize. I ask those who misrepresented them to sow discord to stop doing harm, “he said through his Twitter account.

“The health system has relaxed”, was the specific phrase of the president that generated criticism on social networks since Wednesday, after the announcement of the new restrictions in the framework of the pandemic.

The day after, after the controversy over his words, the head of state clarified that he was referring to the private sector and remarked that he feels “only gratitude” for the doctors.

However, from the opposition, health workers, representatives of the clinics and from the Medical Confederation of the Argentine Republic (COMRA) repudiated his statement and demanded respect for the doctors.

In recent days I have seen different expressions that expressed discomfort, attributing myself to having referred in my public speech to a certain “relaxation” of medical and paramedical personnel in health care during the pandemic.

This Sunday, President Fernández used his Twitter account to clarify his statements again and reiterate his gratitude to the health system workers for their “commitment” during the pandemic.

He did it through a thread where he pointed out that “misunderstandings do not help” and where he took the opportunity to criticize those who called “confusion to sow discord and division at a time that should be marked by the unity of Argentines and Argentines.”

“This ‘relaxation’ is not related to the harsh reality that health professionals live and the hard work they do. I know of their effort and they are an example for Argentines and Argentines. They put the body and expose their own life to save ours, “the president tweeted.

The situation even led a group of doctors to publish a video to repudiate the controversial statement by the President that the “health system was relaxed.”

“Well Alberto, how are you? This is the third surgery of the day and we have one more left, it’s 6:40. It is the eleventh surgery of the week. I want to thank you because I get lost every night with my children because I am very relaxed“, says a doctor in a recording that went viral.

I never actually said such a thing. It is clear that political sectors and the opposition media misrepresented my words tendentiously to place me in a critical position towards health personnel when I only recognize them.

“When referring only to the health system, I used the term ‘relaxation’ to describe a situation created: Given the drop in COVID cases, non-urgent surgical practices were enabled, dangerously increasing the occupancy of beds, “the head of state remarked when clarifying.

In addition, he targeted political sectors and the opposition media for having misrepresented his words “tendentiously” with the aim of putting his figure in a critical position against medical and paramedical personnel in health care during the pandemic.

Using water vapor to treat an enlarged prostate in UAE