Alberto Fernández sent a message to the IMF: ‘I aspire to review rates and times’ 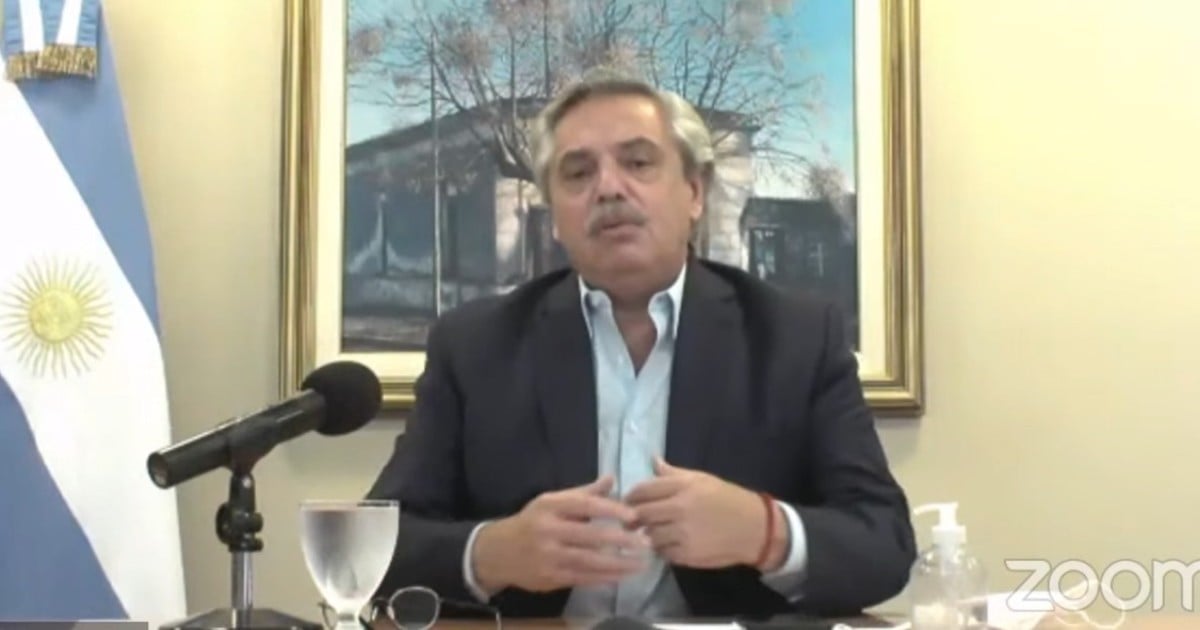 A few hours before the beginning of the new restrictions due to the second wave of coronavirus in Argentina, Alberto Fernández asked the international credit organizations to “review” their current logic in the context of the pandemic and insisted that they be check rates and terms repayment of debt with the International Monetary Fund.

The president expressed these positions when he headed the opening of the plenary meeting of the Economic and Social Council (CES).

.The Government seeks that the IMF modify its policy of terms and surcharges in the interest rate for the debt when paying the loan of $ 44 billion which was awarded in 2018.

“The emergence of the pandemic must oblige the credit institutions to review the logic that has prevailed up to now, “said the president through a videoconference from the Olivos residence, where he is isolated by covid.

He added: “The situation demands that we review things. I don’t want them to give Argentina a solution, I want credit institutions to find a solution not only for poor countries, but to those of average income, who have, like us, a 40 percent of poverty, but that we are treated like rich countries that we are not ”.

During 2020, with the fall in economic activity and income for the majority of the population, and in the midst of the pandemic and quarantine, poverty rose from 35.5% to 42% of the population. In one year 3 million poor people were added: there were 16 million citizens and today there are 19 million, projecting the data released by INDEC at the end of March to the entire country.

According to the official statement issued by the Presidency, Fernández said that Argentina’s objective in renegotiating the debt it maintains with the International Monetary Fund (IMF) is “come to an agreement that does sustainable what is agreed ”.

He specified: “In order for us to continue growing, it is imperative that we reach a solution for the debt issue that is sustainable, and for that we must review things, such as the surcharge that Argentina is paying for having taken that ruinous credit that was taken, and also the repayment terms ”.

Finally, Fernández said he saw positive “expressions” from the Fund’s executive director, Kristalina Georgieva: “They make me keep my intimate expectation that what I am proposing is heard and is a solution that exceeds Argentina ”.

The plenary meeting was attended by the president of the CES, Gustavo Beliz; the Minister of Economy, Martín Guzmán; Columbia University Professor and UN Councilor Jeffrey Sachs; the Secretary General of the Ibero-American General Secretariat (SEGIB), Rebeca Grynspan; the Executive Director of the Jubilee USA Network, Eric LeCompte, and the Executive Secretary of ECLAC, Alicia Bárcena, as well as the members of the Council.

Yesterday, Wednesday, the managing director of the IMF said that “is he opportune moment”To evaluate the Argentine proposal to reduce or eliminate the surcharge of rates applied to loans, but defended the current scheme and said that then we will see if there is consensus among member countries to promote some change.

In Britain, Prince Philip was honored with a volley of guns from cannons

“Barakah” invades “Twitter” … and citizens and residents express their pride: “Congratulations on this achievement for us.”