Alberto Fernández relaunched the Now 12 plan with a warning: ‘Do not take advantage to continue increasing prices’ 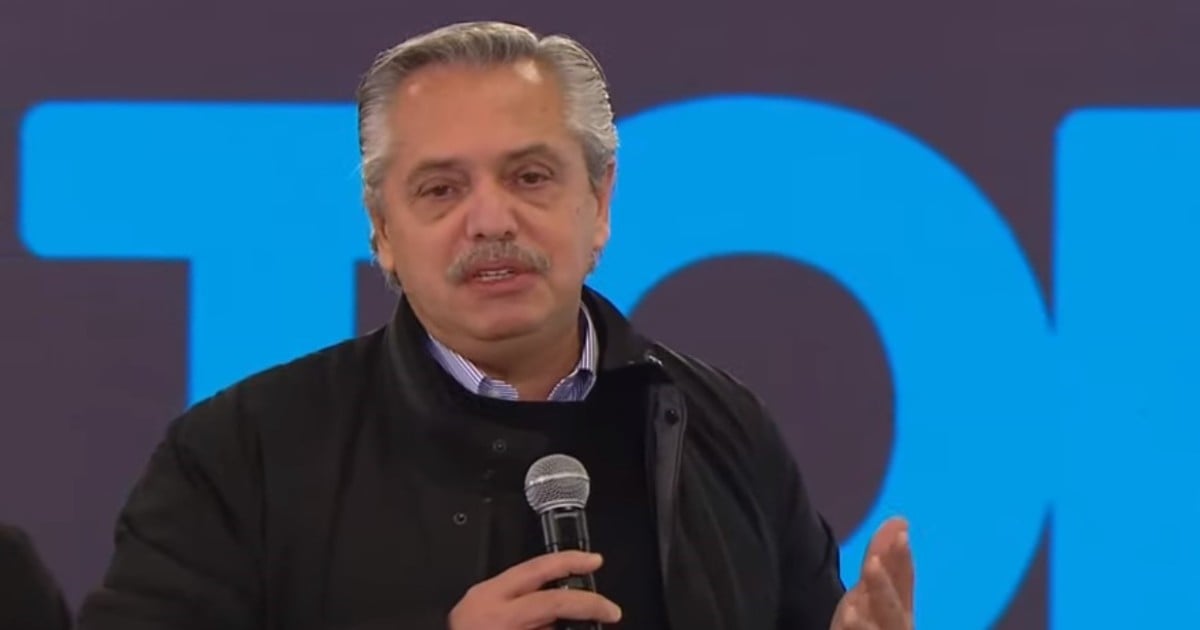 President Alberto Fernández presented the expansion of the Now 12 program, in which more items will be included to reactivate consumption, and left a warning: “Do not take advantage of raise prices“.

“Argentina has passed the worst two years in its history, because definitely to a country that we inherit full of economic problems, where debt continues to be a frightening backpack that we have to carry as a society … after that came the pandemic“said the president from Quinta de Olivos.

In this regard, the President highlighted the expansion of the program to reactivate the economy: “Argentina recovers if it produces, generates work, if consumption improves … “.

The plan, which the President described as “very ambitious”It also includes clothing and footwear, as well as household appliances. In this regard, Fernández sent a message to entrepreneurs: “I hope ltextiles, which have increased their prices sharply, do not take advantage of this sales opportunity to continue increasing prices. “

The event in the Cañuelas industrial park.

At the end of his speech, the president spoke of the coronavirus pandemic and pointed out that “behind vaccination is the exit door.”

To the opposition: “I hope they have learned”

Although he once again emphasized the importance of unity, he pointed to the opposition: “Experience has taught us the importance of the State when it comes to generating equality in societies that are not. I hope they no longer ask to close more schools, more universities or public hospitals, I hope they have learned. I hope that we Argentines have recovered the meaning of the word solidarity. “

Regarding the program, the offer of available products was expanded in conjunction with greater lines of financing so that consumers can renew or purchase home equipment.

The event was held at the Visuar company, in the Cañuelas Industrial Park, and was also attended by the Chief of Staff, Santiago Cafiero, who was accompanied by the Ministers of Economy, Martín Guzmán, and Productive Development, Matías Kulfas; as well as the deputy chief of staff, Cecilia Todesca.

Also present were the mayor of Cañuelas, Marisa Fassi; the candidate for national deputy for the province of Buenos Aires, Victoria Tolosa Paz, and the Buenos Aires Minister of Production, Augusto Costa.

Alberto Fernández, by zoom from Olivos, in the act of Cañuelas. Presidency photo

The President, self-isolated since his return from the inauguration of Pedro Castillo in Peru, participated in the announcement by zoom from the presidential residence.

The announced measure, which was formally put into effect with its publication in the Official Gazette this Monday, expands the financing options in fixed installments and incorporates the Now 30 option for the line of white goods, which includes: air conditioners, air conditioners and / or ventilation, dishwashers, washing machines and dryers, kitchens, ovens and stoves, heaters and stoves, hot water tanks and heaters, refrigerators, freezers and freezers.

The Now 12 program, in numbers.

In addition there will be between 3 and 6 fixed fees for bicycles -In addition to the 24 that were already in force. Two-year financing continues for televisions and small appliances; computers, notebooks and tablets; mattresses, furniture, materials and tools for construction; tires, accessories and spare parts for cars and motorcycles.