Alberto Fernández leads from Olivos the event for Flag Day 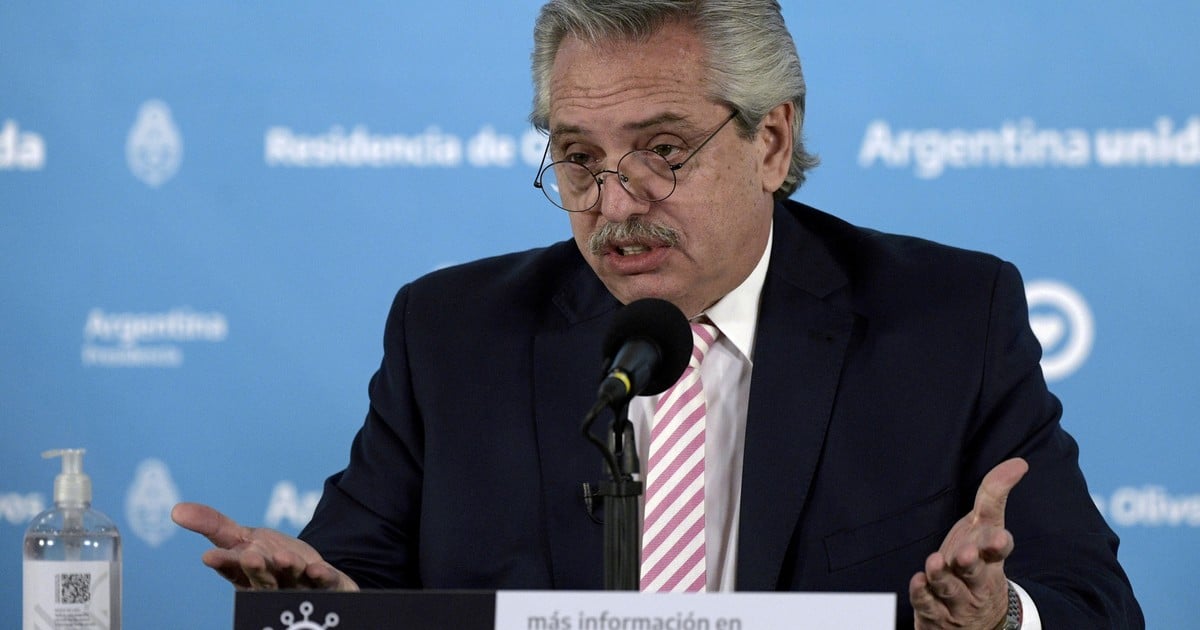 President Alberto Fernández will lead this Sunday the ceremony for Flag Day from the Olivos residence.

The ceremony in commemoration of the 201 years of the death of General Manuel Belgrano is scheduled to begin at 10.15.

In this framework, the president will take the promise to the flag to a group of students fourth grade schools in the province of Buenos Aires and the Autonomous City of Buenos Aires.

In addition, Fernández will connect by videoconference with the Monument to the Flag of Rosario, where the governor of Santa Fe, Omar Perotti; the local mayor, Pablo Javkin, and the defense minister, Agustín Rossi.

To end the event, there will be an air parade in Rosario in homage to General Belgrano.

In this context, the National Flag Monument, located in the city of Rosario, was dressed with light ornamentation to commemorate the 201st anniversary of the death of Manuel Belgrano.

A beam of light that comes out from the dome of the Monument tower has illuminated the sky in the center of Rosario since last night, as part of the ornamentation carried out by the local municipality for the festivities.

The prow and main tower of the nave of the Monument to the Flag, located on the central coast of the Paraná River in this city of Santa Fe, has projections of lights that “they dress it up” with the celestial and white colors of the national symbol.

When presenting the illumination of the Monument, the mayor of Rosario, Pablo Javkin, stressed that “this is a strange June 20 because we cannot do what we like the most”, in relation to the popular act for Flag Day, which also it had to be suspended last year due to the coronavirus pandemic.

“But at the same time we have the luxury of having the Monument illuminated in this way, with a beam of light that extends to infinity, like our Flag and like the image of Belgrano,” he added.