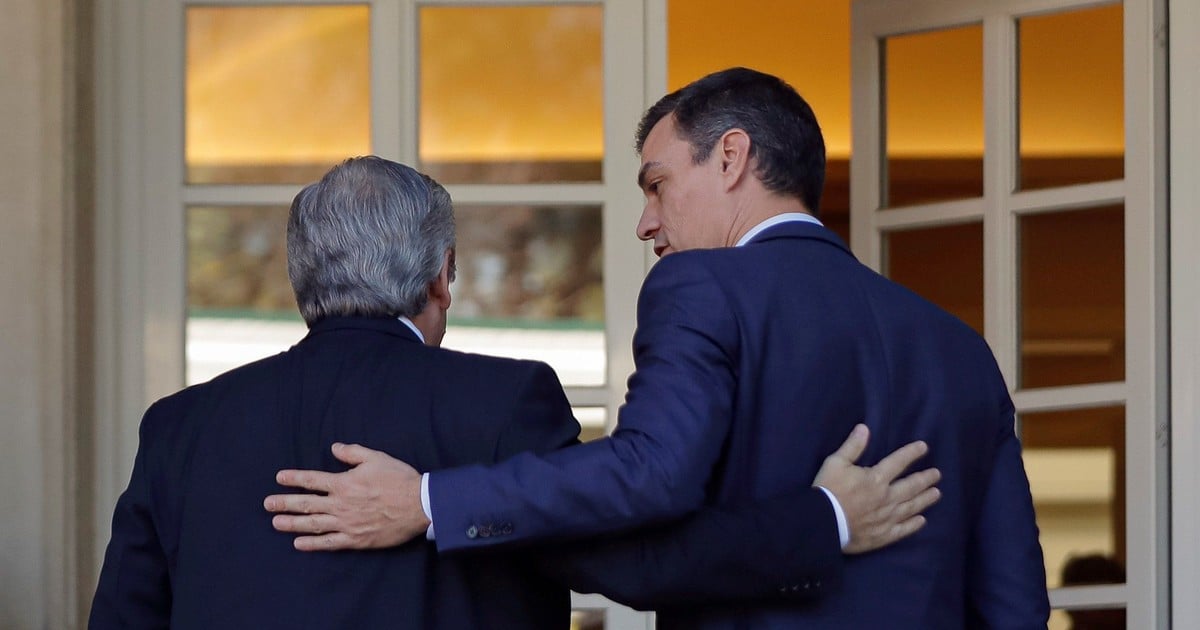 Alberto Fernández is preparing a tour of Europe starting on May 10 and hopes to travel the same route that the Minister of Economy Martín Guzman recently did: Berlin, Rome, Madrid and Paris, although it is not ruled out that, if the conditions are right, it will arrive to Moscow to meet with Vladimir Putin, taking into account the relationship that both have woven in the heat of the arrival of the Sputnik V vaccines.

High sources pointed to Clarion that, at the moment, the trip and the delegation are being constituted but Foreign Minister Felipe Solá, Guzmán and the presidential spokesman, Juan Pablo Biondi, would be part of the delegation.

The group could be expanded, but the main objective of this trip -which could suffer ups and downs in destinations and alterations due to the pandemic- is merely political and economic: “The president wants to demolish myths about Argentina and speak with the private sector, with the governors, ministers and businessmen”, said a high government source to Clarion.

Various interpretations resonate in this sentence. For starters, the idea that his government is two-headed and that the one who has more power is Cristina Kirchner. On the other hand, Argentina is seen as an anti-climate country for business.

On the contrary, Fernández wants to go in search of investments and prepare for a post-pandemic scenario. And for this it also needs to convince the leaders that the negotiations that Argentina is facing with the International Monetary Fund, to reschedule the US $ 44,000 million of debt, at a longer term and at a lower rate.

“We want to see the leaders and the greatest businessmen of each country to give them a realistic version of the Argentine economy and project the future. It is a tour of our economy in every sense. Debt, productive sectors, research and technological adoption in the companies, the role of the State, the private sector and the future that we envision, “said Chancellor Solá, after the insistence of Clarion before the trip that is being organized.

On that train, Alberto also wants to emulate his February 2020 tour of Europe, in which European leaders embraced his presence. He would seek to visit Angela Merkel, Mario Draghi, Pedro Sánchez and Emmanuel Macron, with whom he has forged a strong alliance in the heat of their common visions, for example on the issue of the fight against climate change and the commitments to the Paris Agreement.

By the way, this Wednesday Alberto F. will participate in the XXVII Ibero-American Summit virtually. His government, together with that of Spain, have presented a statement for approval by the leaders who claim that, beyond their income level and including those of middle income -such as Argentina-, can access financing under conditions that are favorable to them within the framework of the new scheme being devised by the International Monetary Fund (IMF).

There would be a mention of the issuance of special drawing rights that is being finalized. Spain would like these funds to form part of a new facility within the IMF to which countries that need it can go to obtain financing that will allow them to get out of the crisis. Situations that favor Argentina’s position.

Guzmán will close his European tour in Moscow this week. Throughout his interviews, with his peers and other authorities, he discussed the negotiations with the IMF and the need to advance rules so that there is an increase in global liquidity from which middle-income countries benefit.

There were Germany, Italy, Spain and France. In turn, Moscow began to close negotiations that ended with the announcement that the Sputnik V vaccine will begin to be produced in Argentina at the Richmond laboratory.

In Government they seek to be cautious with this trip and with its possible extension to Russia. The region is experiencing a delicate moment, by the tensions of the West with Putin, and the Russian threats of an open war in the east of Ukraine. Although he has an invitation to Moscow from the president for this year, this was the appropriate time because of the distance, but perhaps it is not at the political level.

The Presidency and the Foreign Ministry are also looking for a trip to the United States to see Joe Biden, and the one promised with Xi Jinping to China is pending, and which also had May as a possible date.

This Thursday 22 Alberto F. will participate in the Climate Summit to which President Joe Biden invited him. It will be virtual and 40 leaders will participate, including Putin and Chinese Xi.

With the vaccine, we recover

The United States records a great achievement in vaccination against Corona