Alberto Fernández insists: he returned to justify his unfortunate phrase with a new quote to Litto Nebbia 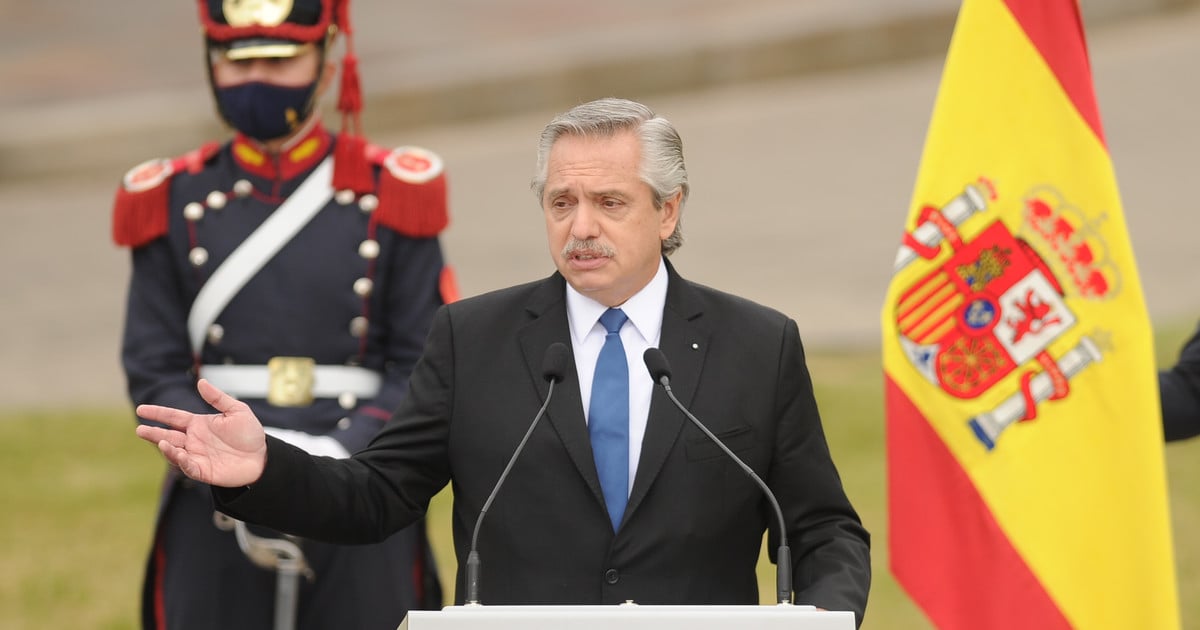 While the repercussions for the controversial phrase he uttered in a ceremony at Casa Rosada with the president of Spain, Pedro Sánchez, continues, Alberto Fernández again cited Litto Nebbia to justify his criticized sayings.

After affirming in an act that “the Brazilians came out of the jungle” and “the Mexicans came out of the Indians,” the president shared a fragment of Nebbia Ll’s song on Twitter.we got off the boats, the same one that Fernández immediately confused with a quote from the Mexican poet Octavio Paz.

“‘I wanted it to be a phrase (Zamba) that speaks of us. And of this land that we love (Latin America). And it is a mixture of all’. Litto Nebbia synthesizes the real meaning of my words better than me“he tweeted.

The controversial phrase was pronounced by the president on Wednesday at Casa Rosada and generated immediate repercussions.

“I wanted it to be a phrase (Zamba) that talks about us. And from this land that we love (Latin America)
And it is a mixture of all “
Litto Nebbia synthesizes the real meaning of my words better than I do.

Those words do not belong to Paz, winner of the Nobel Prize for Literature, but to the musician Litto Nebbia, a friend of Fernández. It is part of the song “We arrived from the boats”, from the 1982 album of the same name. Instead, the phrase attributed to the Mexican poet says that “Mexicans descend from the Aztecs, Peruvians from the Incas and Argentines, of the ships “.

Fernández’s inopportune statement reached the Brazilian media and also garnered criticism on social networks, where the word “INADI” was a trend in relation to the body that intervenes against discrimination, xenophobia and racism.

“Poor Octavio Paz. He’s not to blame.”wrote Pablo Avelluto, Minister of Culture during Mauricio Macri’s administration. He was joined by Laura Alonso, former head of the Anti-Corruption Office, who responded to the president’s apology and assured: “You offended us all: the living and the dead.”

In the same tone, although perplexed, Congressman Fernando Iglesias wondered: “And the gorillas, where did we come from?”.

But the impact was also international. Brazilian media treated him as “racist” for his statement and in Mexico they were also outraged.

Even Brazilian President Jair Bolsonaro published an ironic tweet with the message “Selva” and a photo of him with aboriginal peoples.

Faced with such an impact, on the same Wednesday Fernández was forced to rehearse an explanation on his Twitter account. “It was stated more than once that ‘Argentines descend from ships’. In the first half of the 20th century we received more than 5 million immigrants who lived with our native peoples. Our diversity is a source of pride,” Fernández tweeted.

“I did not want to offend anyone, in any case, who has felt offended or invisible, since now my apologies,” he added. However, this Thursday he again referred to it with a new appointment that contributes little to cool down the controversy.