Alberto Fernández, first president of Latin America to be vaccinated against covid-19 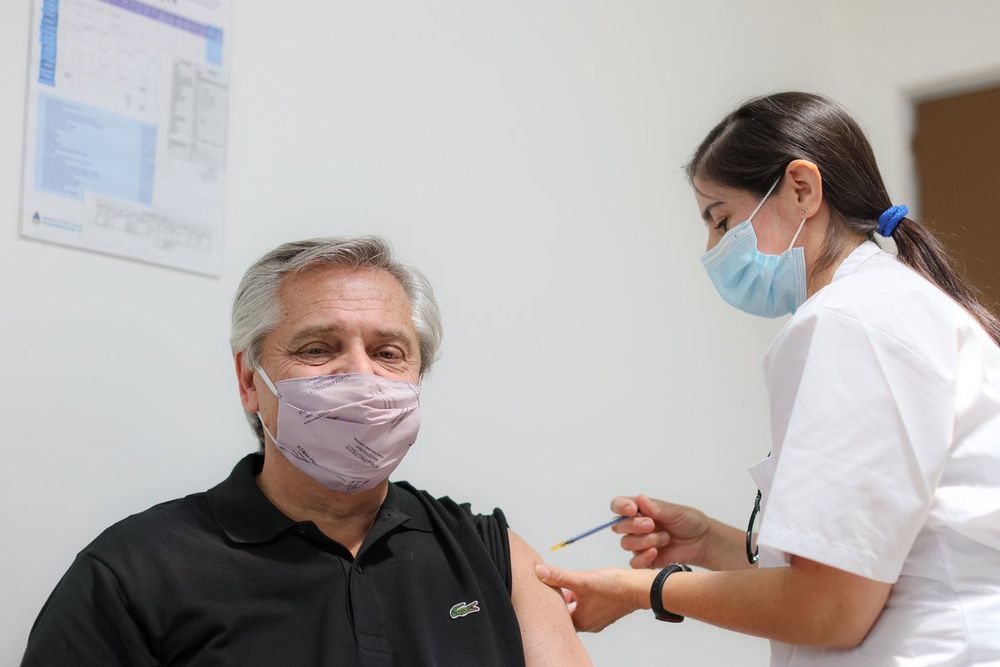 The Argentine president, Alberto Fernández, this Thursday became the first president of Latin America to receive a vaccine against covid-19. The president received a dose of Sputnik V, produced by the Russian laboratory Gamaleya, two days after the National Administration of Medicines, Food and Medical Technology (ANMAT) authorized its use in the South American country for people over 60 years old. “I thank the Gamaleya Institute for its scientific work, those who worked to reach us and all the health personnel of our country for their enormous commitment,” wrote Fernández on Twitter, who received the vaccine in a hospital in the province of Buenos Aires. “Getting vaccinated serves to be immune against the virus. Let’s do it ”.

Today I received the Sputnik V vaccine. I thank the Gamaleya Institute for its scientific work, those who worked so that it reaches us and all the health personnel of our country for their enormous commitment.

Getting vaccinated serves to be immune against the coronavirus. Let’s do it. pic.twitter.com/Eb21kQy25A

According to the ANMAT, the Russian vaccine reported an efficacy of up to 92% in those over 60 years of age and the immunization of the volunteers achieved an antibody formation of 98% in the four weeks after the application. The country expects to receive five million doses in the remainder of January. The 61-year-old Argentine president had anticipated that he would be the first in the country to be immunized, but the Russian vaccines arrived when it was not yet confirmed that they were safe for his age group, prompting a harsh reaction from the opposition ranks.

The Argentine vaccination campaign began on December 29 and so far 241,850 people have received the first of two doses of Sputnik V. In the first two weeks, the Ministry of Health received 8,841 reports of adverse events allegedly attributable to the vaccine. “99.6% of these events are mild and moderate, 0.4% are serious and are under analysis,” according to the secretary of access to health, Carla Vizzotti.

The first to receive the vaccine have been health workers, the most exposed to the SARS-CoV-2 virus. After the authorization of the Anmat, it is added as a priority group those over 60 years old – with special attention to nursing home residents – and security force personnel from all over the country. Teachers are also among the first to be immunized, although the beginning of the school year between the end of February and the beginning of March is not contingent on having received Sputnik V, which has opened a battle front with the unions.

The covid-19 pandemic has caused 46,216 deaths in Argentina to date. More than 1’8 people have tested positive and the national authorities are concerned about the increase in infections in recent weeks, in the middle of the southern summer, which could lead to more restrictive measures to stop the spread.