Alberto Fernández, Cristina Kirchner and Mauricio Macri joined the celebrations for Argentina’s triumph over Brazil in the Copa América final 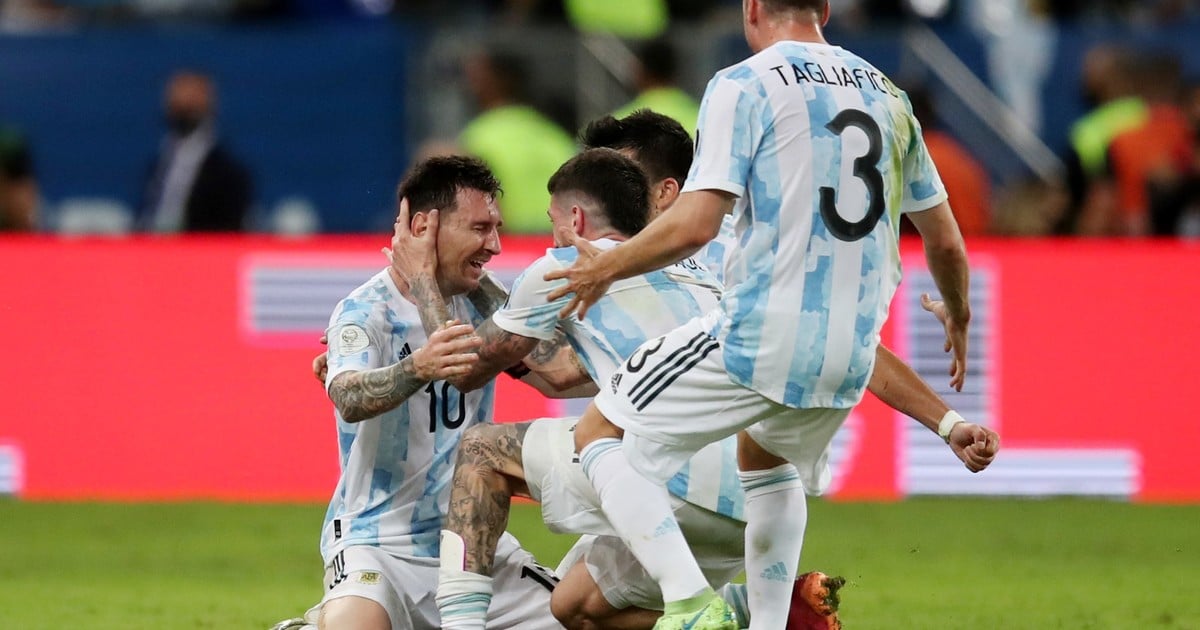 Vice President Cristina Kirchner was one of the first to join in the celebrations for the victory of the Argentine National Team over Brazil in the final of the Copa América 2021.

“Let’s go Argentina still !!”, the former president published seconds after the Uruguayan referee Esteban Ostojich whistled the end of the match at Maracanã, sealing the 1-0 victory for Lionel Messi’s team, with the goal scored by Ángel Di Maria in the first half.

Minutes after Cristina’s greeting, President Alberto Fernández joined the congratulations. “I want to congratulate and hug our immense team for taking the country to the top. The Argentine people always rememberedwill give that, in times of pain, they sowed hope and gave us enormous joy. LET’S GO ARGENTINA! Pride, “he posted on his Twitter account.

I want to congratulate and hug our immense team for taking the country to the top. The Argentine people will always remember that, in times of pain, they sowed hope and gave us enormous joy.

Former President Mauricio Macri also highlighted the importance of the victory in the midst of the pandemic and especially greeted the Argentine captain. “Thanks guys!! A joy that at this moment … is worth double! Messi, you are the greatest thing there is! Let’s go Argentina !!! “, he celebrated.

The Argentine ambassador to Brazil, Daniel Scioli, who before the game had responded to the Chicana of President Jair Bolsonaro about the result of the game, celebrated the title in his networks. “LET’S GO ARGENTINA CHAMPION !!!”, he published.

“We are going to respond to Bolsonaro on the field”, the former governor of the province of Buenos Aires had declared, after the Brazilian president will predict a 5-0 victory for Neymar’s team over the one led by Lionel Scaloni.

Thanks guys!! A joy that at this moment … is worth double! Messi, you are the greatest thing there is! Let’s go Argentina!!! 🇦🇷🇦🇷🇦🇷

As the shirt of the players says, today more than ever to millions of Argentines and Argentines, 𝗻𝗼𝘀 𝘂𝗻𝗶𝗲𝗿𝗼𝗻 𝗲𝘀𝘁𝗼𝘀 𝗰𝗼𝗹𝗼𝗿𝗲𝘀. 🇦🇷
THANK YOU CHAMPIONS! pic.twitter.com/FWpF5RtPjT

Great Selection! Thank you for this enormous joy for all the Argentine people. Nobody deserved it more than Messi. Congratulations champion! 🏆🇦🇷 pic.twitter.com/dvHT98HO3e

Come on Argentina, damn it! 🇦🇷🇦🇷🇦🇷

🇦🇷 Argentina Champion !! After 28 years, this great team gives us a cup again, against Brazil and at Maracana.

In these difficult moments, in the midst of so much anguish, @ArgentinaThank you for such joy. pic.twitter.com/nFpOnZ3hQi

Another who joined in the greetings was the Chief of Staff, Santiago Cafiero. “Let’s go Argentina,” he wrote on his Twitter account.

Buenos Aires Security Minister Sergio Berni celebrated the championship. “We celebrate the triumph of our national soccer team and the achievement of the Copa America 2021. Let’s go Argentina !!”, he highlighted.