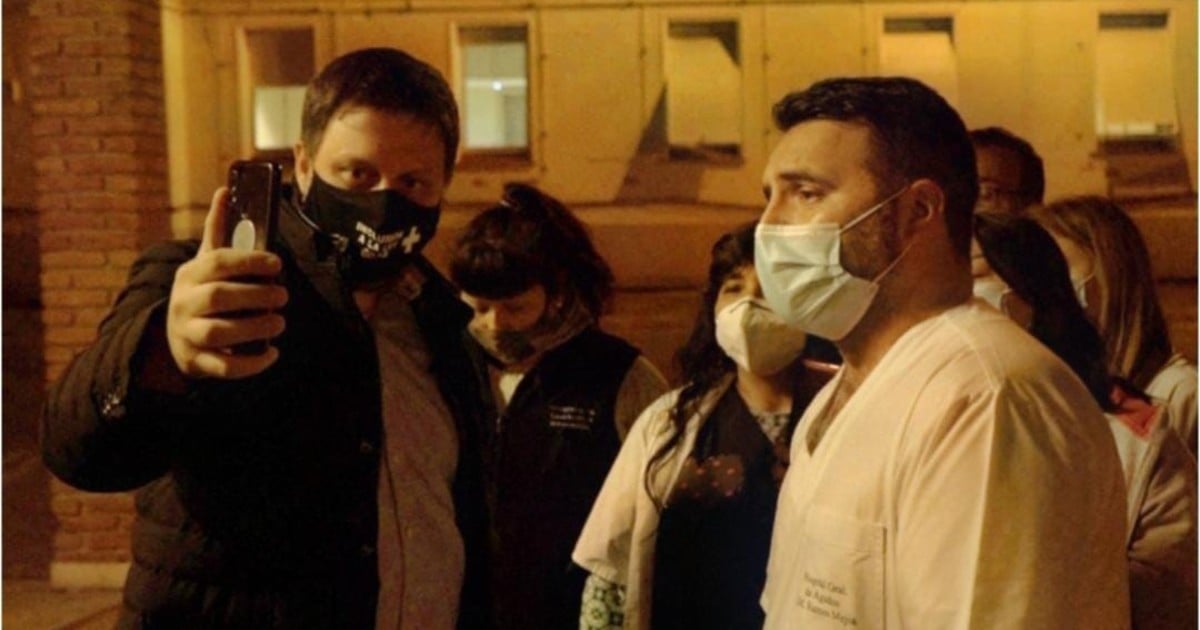 President Alberto Fernández was shown this Thursday in the campaign of the Frente de Todos in the city of Buenos Aires and to prop up the figure of the candidate for national deputy Leandro Santoro shared a video call with doctors and nurses, that the same legislator connected from the Ramos Mejía Hospital.

The truth is that the President, who dedicated the last days to respond to the scandal generated by the birthday celebration of the first lady Fabiola Yañez in Quinta de Olivos, was able to contact the Ramos Mejía nurses, who reiterated their claim so that be recognized as professionals, which would mean a salary update.

“If the immense effort that you made and the professionalism that you were able to demonstrate throughout the pandemic were not enough, then I don’t know what else they need to realize how important nursing is and the professional career of nursing “, reflected Alberto Fernández in a clear criticism of the head of the Buenos Aires government, Horacio Rodríguez Larreta.

The talk began from the communication established by Santoro, in which the nurse Christian Acosta transmitted the claim of the sector. “It is a historical debt that the City has with us, the issue of the inclusion of the professional career,” insisted the nurse.

“It is a problem that has been around for a long time. I was a legislator from Buenos Aires and I remember that we were already discussing the professionalization of nursing in the City, which was then, as now, denied. I trust that the Government of the City understand the importance who has the profession of nursing, “he said.

In addition, the president added: “I accompanied you when I was a legislator and I accompany you now with more reason than ever, because the effort that you have put into the City of Buenos Aires and throughout the country has been immense. We have to be very grateful.” .

In this section, Alberto F. questioned Rodríguez Larreta’s health policy by pointing out that the situation of nurses and the building reality of hospitals “has to do with what public health means. For us it is very important.”

Fernández assured that from the Government they promote a law, not only for technical and tertiary preparation, but also for recognition of the nursing degree, to treat it “as the profession that it is, autonomous from administrative status that a State may have “.

“As workers, who have been putting the body, not only now in a pandemic, but historically, we feel the lack of recognition that we have in the City, both in nursing, which does not pass us to a professional career, but also because our salaries do not improve. “said the nurse Acosta.

This contact of the President with the health professionals of Ramos Mejía meant one of his first forays into the Buenos Aires campaign after showing up in recent days with Vice President Cristina Kirchner, deputies Sergio Massa and Máximo Kirchner and Governor Axel Kicillof to support the candidates of the Province.

Afghanistan, the symbolic photo of the last US soldier to leave the country

Indian strain of coronavirus is twice as infectious as Wuhan