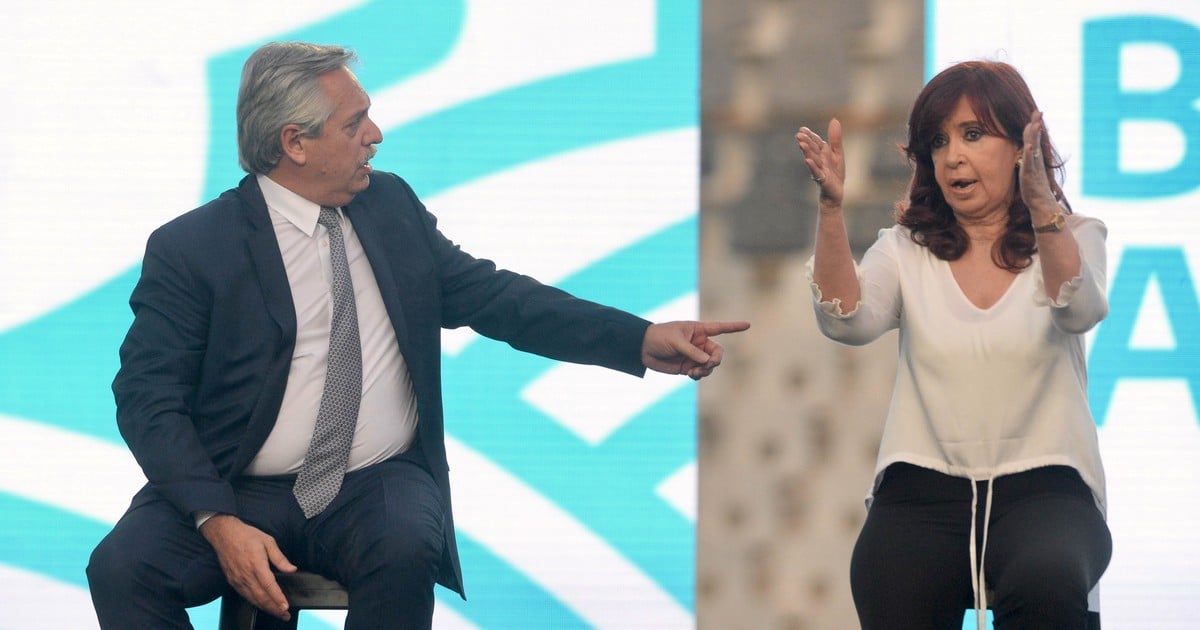 Argentina has had different types of presidential leadership since 1916, when mass democracy was established. Taciturn and popular, Hipólito Yrigoyen; aristocrat and efficient, Marcelo T. de Alvear; expansive and popular, Juan Domingo Perón; founder and promoter of moral values ​​in politics, Raúl Alfonsín; unprejudiced and simple, Carlos Menem; insecure and inefficient, Fernando de la Rúa; republican and neoliberal, with a developmental bias, Mauricio Macri. Nestor Kirchner played to be one more and Cristina Fernández to be unique.

Each of them had more or less power, although those belonging to Peronism they managed to gather substantial resources to govern. The same did not happen with those who came from other political forces. Neither Alfonsín, nor De la Rúa, nor Macri became powerful presidents.

Within the justicialismo, Héctor Cámpora and Isabel Martínez were nominated by the leader of the movement, whose wife lacked any of the attributes required to lead the State, amid the Hobbesianism into which local politics had been transformed.

When democracy returns, in 1983, Menem, Kirchner and Fernández de Kirchner they got empowered and count, sooner rather than later, with large majorities in Congress, with the support of trade unionism, with a striking judicial backing, with numerous governorships and also with an own governor in the most powerful province in the country and the most relevant in terms of governability. , Buenos Aires.

That is to say, they enjoyed institutional, territorial, judicial and social resources. The same cannot be said of Alfonsín, who despite assuming the mandate, surrounded by countries with military regimes, faced twelve general strikes, and like De la Rúa and that Macri enjoyed little institutional, territorial and judicial power, not to mention of no or little organized social power.

However, with little, a lot or no authority, all are recognized as heads of state responsible for the decisions taken during their administrations.

Even during the years in which a weak president, like De la Rúa, had Carlos “Chacho” Alvarez as his vice, it was never suspected that he was behind in his resolutions.

In conclusion, with more or less power, all the leaders represented a clear symbol, negative or positive, of your presidency and his leadership. They left a political-personal mark on the Rivadavia Armchair.

As for the vice presidents, there were more or less collaborators and even disruptors. Alejandro Gómez, vice president of Arturo Frondizi, and Carlos Alvarez resigned their positions early, while Julio Cobos, although he fulfilled his mandate, the relationship with his president was cut off that morning from the “no positive.”

With the narrated antecedents, the operation of the Fernández-Fernández formula leads us to face an unprecedented event in the history of Argentine presidentialism: pThe first time a vice president gathers greater resources of power than the landlord of the Casa Rosada.

Peronism, deployed at the different institutional, territorial and social levels, responds earlier to the head of the Senate than to the president. To which is added the charisma that the former president possesses among her followers, and which the president lacks.

Analysts and citizens who imagined Fernández governing autonomously, and willing to leave his distinctive mark, begin to see that Cristina F. de Kirchner exercises the Executive Power. Considering the risk of having a formal president and a real one, since the person who has the greatest institutional responsibilities is not the person who makes the decisions.

Hence, among the consequences of this type of leadership is the slowdown in decision making, since the president must consult with his second; the emergence of contradictory policies from the State itself, when there are different visions between the two (for example regarding international politics); and the promotion of the dispute, with greater virulence than usual, within the ruling coalition in terms of the occupation of spaces and the distribution of power.

Since the President lacks the necessary resources to lead the coalition as a whole, he governs in the midst of the uncertainty about the execution of their own political will; uncertainty that is transmitted to citizens.

Send the judicial reform or try to propose to the Attorney General of the Nation, and both initiatives are withheld because CFK is not interested or does not agree. He must appoint a minister and for several days the country is on edge due to lack of agreement at the top.

So as not to forget that they also exist ministers who do not carry their wallets, inasmuch as they are decorative figures that have underneath them a structure of officials who answer to CFK, who leads to Peronism and defines the management.

In short, we live in a presidential system that has a head of state without charisma and without power and whose vice president, on the other hand, owns both.

.However, this anomaly acquires seriousness when CFK, which controls the Executive Power and has a majority in the Senate and a first minority in the Lower House, proposes advance on Justice appointing addicted judges, to consolidate a hegemonic power, opposed to the division of powers proper to our Constitution; seeking to reissue in fact his famous phrase pronounced in Rosario, in 2012, “lets go for everything”.

The author of this column is a professor-researcher at EPyG-UNSAM.

López Obrador: all the fronts of the president

A leap of success for a young Mallorcan dancer

Rulers mourn Hamdan bin Rashid: The UAE has lost a noble patriot who gave his life to his homeland