Alberto de Coleccion, from A to Z 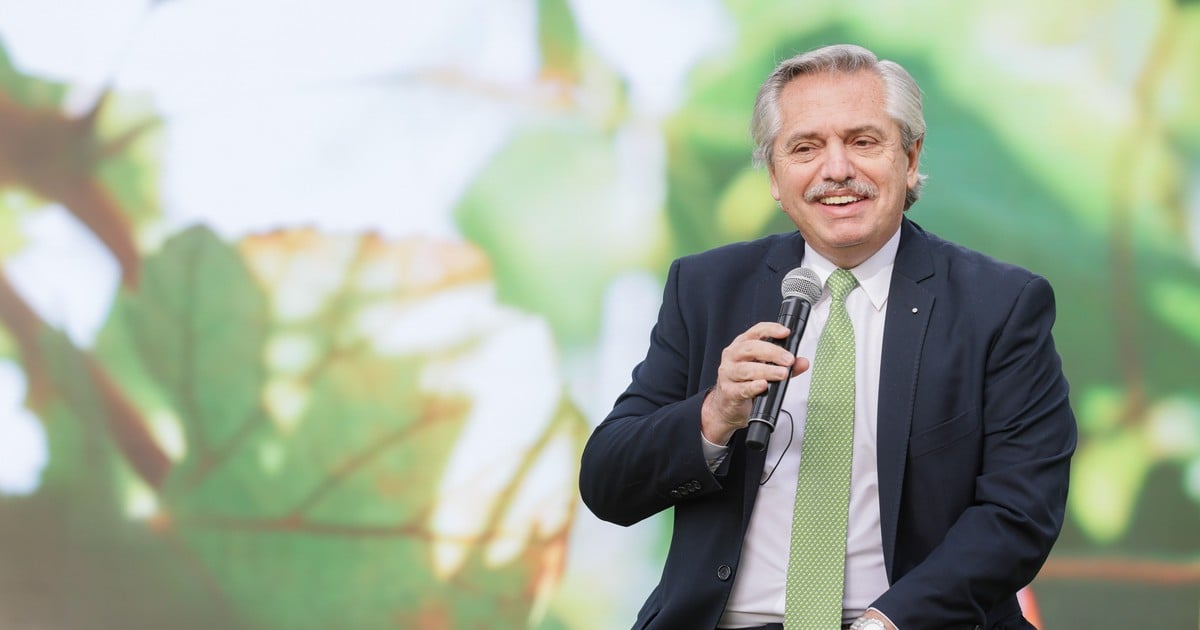 Faced with the chaos caused by the phrases of the “president”, we offer a selection of his big hits to facilitate its use in party discussions, television debates, family gatherings, etc.

Nor were the phrases spoken by Alberto included in his neoliberal years with Menem or in his later alliance with Cavallo. Support for privatizations, pardons and vindication of state terrorism It was due to the strong influence of his two great political references: Fernando Siro and Elena Cruz (partner on the list in 2000). He was also a purrete, he was only 40 years old. That is why this collection starts in its adult stage, from the 50s.

The following sentences are strictly textual and have been arranged alphabetically.

“Bugs Bunny, Daffy Duck, Elmer, Claudio the rooster, all of them are a dispute between a fool and a living where the living always wins. Have you seen a con man bigger than Bugs Bunny?”(11/1/2019 talk with former President Mujica at UNTREF).

“Cristina has been pathetic care to have made the Memorandum law because she knows that this is her impunity”(2/19/2015, interview by Eduardo Van Der Kooy in TN)

“Cristina made law the biggest act of covering up a crime by a public official, which was the nationalization of Ciccone”(Previous idem)

“Cristina is cynically delusional”(TN, interview by Eduardo Van Der Kooy in Political Code on February 19, 2015 at 23:47 with 18º of temperature).

“When we arrived with Nestor …“(This wildcard phrase by Alberto is the political version of” aramos said the mosquito. “It also expresses the psychological dispute that he has with Cristina for the title of” Nestor’s widow. “Competition in which, a priori, he leads all the to lose).

“Capitalism has not yielded good results”(6/4/2021 to Putin, precisely)

“The government returned to the hands of the Argentines”(10/27/2019, speech on the night of the triumph of 2019 when he defeated the Bulgarian lord who occupied the Casa Rosada since 2015 and was elected by 51% of Ukrainians. This phrase synthesizes like few others the Kirchnerist thought).

“Kicillof is the man who said he could end Techint whenever he wanted and the one who expropriated YPF the way he did. His appointment as minister does not send a good message to the international community. Argentina has an investment problem and the presence of Kicillof is a problem for that”(11/19/2013 note in El Cronista Comercial).

“Kicillof was the Minister of Economy for the entire second term of Cristina, he was the one who endorsed the exchange rate and the closure of imports. Kicillof is co-responsible for the inflationary consequences that we suffer today”(Infobae interview, March 2014)

“Kicillof is a man of singular intelligence … I work so comfortable with Axel, we understand each other so well …”(3/26/2020 Télam report)

“The Brazilians came out of the jungle …”(Unforgettable)

“We need all Argentines to carry out the cultural change that eradicates sexist violence and gender violence”(2/17/2021, speech at the CCK).

“Baby, it’s not something that bothers me what you think. I better learned to cook. Maybe that way you can do something right”(12/11/2017, tweet in response to an unknown citizen).

“I need the word to recover the value that it once had between us”(1/3/2020, opening of Congress sessions)

“I don’t want there to be a puppet in La Rosada and that power is in Juncal and Uruguay”(11/5/2019 radio statements, six days before being appointed presidential candidate by Cristina).

“I did not hesitate, I replied immediately that I was willing to accept but I asked him to think it over”(5/19/2019 response to P12 the day after being appointed presidential candidate by Cristina).

“Another boludo with a view of the sea. All militontos of Cristina. They think they are revolutionaries and they are sad repeaters of lies”(5/8/2014, tweet in response to a militonto)

“That Cristina is with me is wonderful, it is like having Messi: I am the nine who scores the goals”(5/19/2019 report in P12, after his candidacy was announced and before the 88,000 deaths, 45% of poverty, a year and a half without classes, economic destruction of the country and other goals from the champion).

“I always tell Argentines”(Another wildcard phrase that Alberto uses when he needs to sell that teacher in him. He usually uses it with the finger up to overact superiority).

“I warned them …“(Another wildcard phrase that he uses to ignore his own errors. In serious situations such as” I warned you that the second wave was coming “it is also combined with the raised finger).

“We are dominating the virus”(3/30/2020, in conversation with René from Calle 13 when the virus hadn’t even arrived).

“There is no criminal type in Argentina that says: whoever vaccinates another who went ahead in line will be punished”(2/23/2021 Mexico, press conference)

“Go and get involved“(This is what we were doing while we waited for the 20 million doses that it promised for January and February. Phrase of 6/20/2021 in public act).

Other hits such as “in Venezuela human rights violations are disappearing”(2021) or“Cristina knows that she has lied and that the Memorandum with Iran only sought to cover up the accused”(2015) or“The Memorandum with Iran was a quest to unlock the problem and find a solution”(2020) or“take it easy, it has 120,000 real kilometers, it is like new”. These last phrases and many more, soon in “Alberto de Colección, Volume 2”.

Given that, in addition to the phrases, the “president” has opened conflicts with Bolivia, Brazil, Chile, Colombia, Israel, Mexico, Peru, Sweden and several other countries, we announce as of next week: “Alberto’s Atlas“, In collectibles.