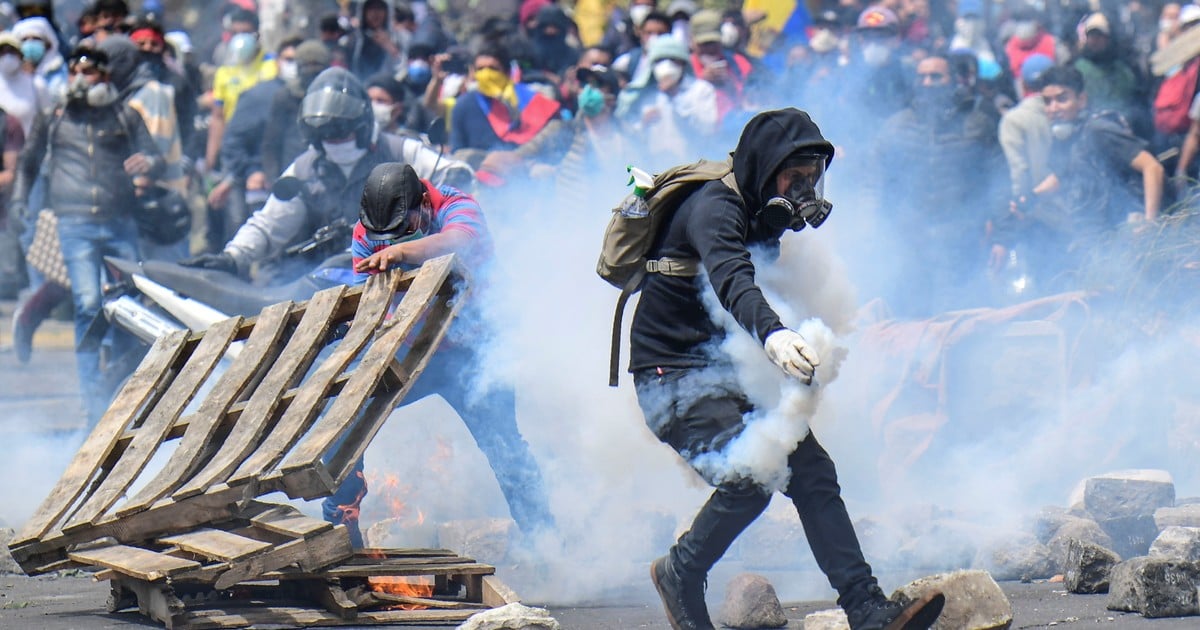 Alberto Acosta, author of the book Good Living, Sumak Kawsay (Good Living, in Quechua) He was a minister in the first government of Rafael Correa in Ecuador. But broke with correísmo for their differences regarding the extraction of raw materials and the government’s distancing from the environmentalism of the indigenous movement.

-In 2019 there was a rebellion led by indigenous people against right-wing policies and the IMF … Now a candidate from the right wins who supports those policies.

-The first thing is the pandemic. The mobilization capacity of the popular indigenous movement was limited by the impossibility of going out into the streets. It was undermining the ability to respond.

-And what will happen after the pandemic?

-I think that as the confinement is overcome, the possibilities of a repetition of the protests of October 2019 are great. The Lasso government will be very close to the neoliberal and patriarchal tradition. It will try to continue with that economic and social management and that will create the conditions for more protests.

-Yes. The social situation is getting worse. This is the worst crisis in the history of Ecuador. Poverty has risen from 25% to 32%. And in the field it is almost 48%. In addition, the Lasso government will seek economic resources by expanding extractive borders, especially oil. And this will provoke a lot of resistance from the indigenous communities. On February 7 there was a vote on water protection in Cuenca and 80% voted against mining. There will be many popular inquiries. A consultation is being organized in Quito to eradicate metal mining. The political scene is very complicated for Lasso.

-Do you see the possibility of a reconciliation between Correísmo and the indigenous movement?

Everything will depend on whether Correísmo is willing to make a deep self-criticism. A total reengineering is needed and it is reunited with its origins, with the 2006 and 2007 proposals. In that case there may be alliances with the indigenous movement. In May there are elections to the leadership of the Confederation of Indigenous Nations of Ecuador (Conaie). And a woman, Blanca Chancosa, is likely to win. That would be a very positive sign. She could open the door to a deep oxygenation of the indigenous movement. And it will be necessary to see if the social and political groups of the left can create a united front. If tough neoliberal policies have to be tackled, there may be specific alliances with Arauz’s progressivism.

-Why did Lasso win in the mountains and in the Amazon while Arauz won on the coast?

I believe that as the confinement is overcome, the possibilities of a repetition of the protests of October 2019 are great. The Lasso government will be very close to the neoliberal and patriarchal tradition. It will try to continue with that economic and social management and that will create the conditions for more protests.

-Arauz has called for an end to the judicial persecution of politicians. Do you agree?

Of course. But the correistas persecuted people judicially as well. What’s more, Correa does not dare to face justice to prove that it is a persecution. He is not like Lula, who spent 500 days in jail. Lasso should guarantee the independence of justice. But I don’t think he is going to do it, he is mixed with the worst of the Ecuadorian right.