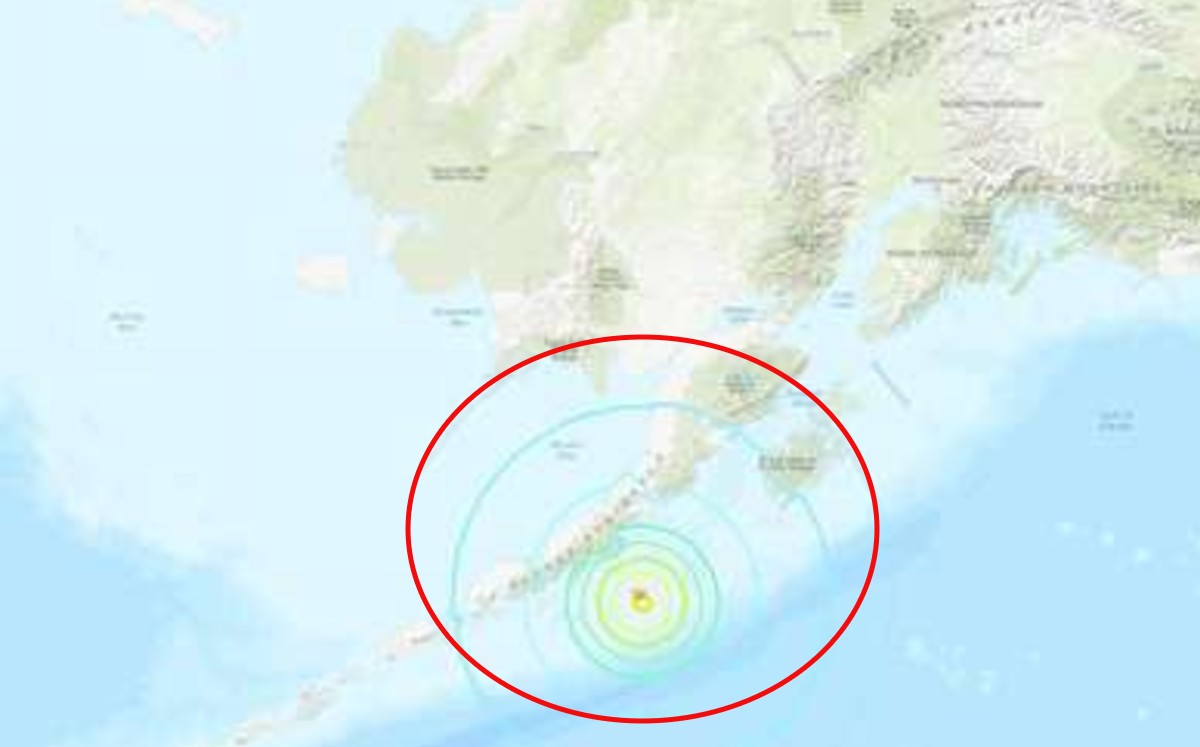 A strong 8.2 magnitude earthquake struck Wednesday night off the coast of the Alaska Peninsula, the United States Geological Survey (USGS) reported, triggering a tsunami warning. This prompted the inhabitants to prepare to vacate the area. We tell you what we know about this event that set off the alarms. The event has already been recorded on social networks with videos and images of how this event was experienced.

Perryville is a small town located about 800 km from Anchorage, the largest city in Alaska. The United States government activated a tsunami warning for southeast Alaska.

At first, the US tsunami warning system warned that “dangerous waves” could occur, but two hours later it updated its forecast and stated that the eventual waves would not exceed 30 centimeters.

On Kodiak, an island off the coast of Alaska and inhabited by about 6,000 people, tsunami warnings were activated, and the authorities warned that it could occur around 11:55 p.m. local time (07:55 GMT). But none were recorded in the end, according to local radio KMXT.

In videos posted on social media by journalists and residents of the area, Kodiak residents are seen driving away from the coast, with the sound of alarms in the background.

An alert was also triggered tsunami for Hawaii, where residents were asked to stay away from the beach, but two hours later it was deactivated.

Five aftershocks were recorded in the 90 minutes after the earthquake, the largest at a magnitude of 6.2, according to the USGS.

In October, a 7.5 magnitude earthquake caused tsunami waves off the southern coast of Alaska, but no damage was reported.

Alaska is located in the Pacific “Ring of Fire”, an area with frequent seismic activity in which tectonic plates collide.

Alaska was hit by a 9.2 magnitude earthquake in March 1964, the strongest ever recorded in North America. It devastated Anchorage and spawned a tsunami that swept across the Gulf of Alaska, the west coast of the United States and Hawaii.

More than 250 people lost their lives in the earthquake and tsunami that followed.

SBK: Most will host the public without restrictions

Call from civil entities to vote in the primaries: ‘Democracy is not in quarantine’