Alan Pauls: ‘With the pandemic, the world became a kind of prison, and it will last a long time’ 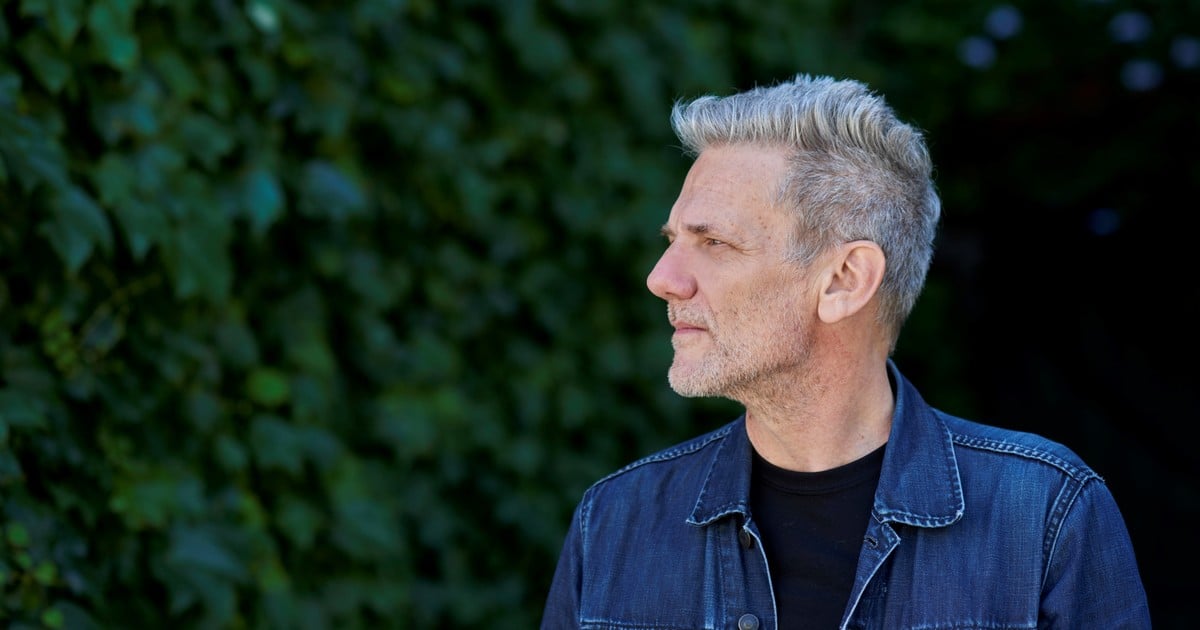 “The novel was written in a state of grace, it was all the time on a continuum. This is a very difficult state to reproduce outside the institutional structure that grants a scholarship. It was extraordinary to write without any problem ”, says Alan Pauls in a fleeting step by Buenos Aires since he’s been living in Berlin.

What do you mean? To the experience that leads to Half ghost , his new fiction text in 8 years. A story that follows Savoy, a technological incapable that surfs a world flooded with technology and that in times where distance is everything, he demands a bit of “flesh and blood”.

It also appears love as a territory of procrastination and impossibility in the figure of Carla, a home sitter -house keeper- which is presented as the spectrum to be solved.

Completed in 2019, the novel encounters a strange synchronicity and dialogue with the pandemic. Anyway, is it possible to be outside of this? Alan Pauls on Half ghost he seems to understand and put into practice, without seeking or wanting it, a certain anticipatory aspect of literature.

-There is a pleasure in you to approach anachronism from the literary point of view but this novel has a lot of dialogue with current issues: the housing crisis, nomadism, the digitization of commerce, the loss and at the same time a need for materiality.

-I am interested in anachronism but the anachronistic is never as useful as when it appears in the heart of contemporaneity. The novel, indeed, messes with those questions that you say, but it does so from the perspective of someone (Savoy, the protagonist) who means missed the train and he is not well equipped to deal with this present. There I am interested in knowing what is facing these problems, these situations, someone who is not generationally equipped to make good use of the tools of today. Savoy uses the tools of the present in aberrant, unexpected ways, or makes certain uses of the tools of the present that are not necessarily in the instruction manual. For example, the novel talks a lot about Skype, which before the pandemic was something old and now that is why we live is becoming relevant again. My protagonist is a technological incapable.

-The protagonist’s link with distances and the possibility that a solution is to become a voyeur is also problematic.

-The distance is a problem for the protagonist and for me, as a writer it is something that interests me a lot. In the novel there is an undesirable distance that is the imposed and it is to which we are forced or condemned for different reasons. And at the same time it seems like a good word to me because without distance it seems difficult for many important things to take place.

-The look, something important for what I write: what you look at, how you look, etc. For that to happen there has to be distance. In the novel there is that kind of fatal ambivalence that carries implicit the very concept of distance all the time. And this the pandemic put it totally on the table: we resort to the distance to preserve our lives and at the same time we detest the invasion of telepractices in our lives. For me, distance always had that contradictory sense and at the same time I see the novel floating in the pandemic world: at that point the novel, which was written a bit in Babia like everything I write because it is always an outside of the world, suddenly find a rare synchro with what is happening.

-Love enters the novel as another conflict where distance, approach and the impossibility of concretion define the luck of the protagonist’s bond with Carla.

-The novel is not about love, rather it is about falling in love. And it’s a one-sided crush because we never really know what’s going on in Carla’s head. There is no landscape of reciprocity in the novel, there are no certainties. The feeling is that everything about falling in love is a great mental build of the Savoy character. It is true that Carla appears as an unattainable object but she leaves something important to Savoy which are two gifts, the gifts. And they open a world to Savoy: that of the pool. As a total outsider, the pool’s universe is the only one Savoy has access to.

– Few things happen in the novel. However, a very sensual and seductive prose is achieved that allows that delay between events to be carried in an attractive way. How do you work that prose?

-I am not very interested in the facts. I’m more interested the effect that events have on people, the way in which people perceive, remember, imagine what happens. And I’m interested in the whole process of transformation that facts undergo when they are incorporated into a subjectivity. I would hardly know how to write a fact. When I start to write a fact, no matter how banal it may be, I realize that this fact begins as if it is fried in a kind of oil that deforms it, alters it, expands it, connecting it with other things. It would be difficult for me to be a dry storyteller being a storyteller who doesn’t believe very much in fact. My hero there is Juan José Saer. I never communed with the idea that writing is telling stories.

-Half ghost It was written before the pandemic and it dialogues very well with this spectral present. Do you see art with oracle or anticipatory characteristics?

-Everything that has been written in the last two years will somehow prophesy the pandemic. It is something global, there is no outside of the pandemica, nothing is safe. It will be very difficult that any text is not speaking, even in code, about this moment. I never felt that what I wrote had the gift of clairvoyance. Ricardo Piglia was more interested in this utopian condition of literature. In that sense, I am interested in anachronism, among other things, because one by being late can have a strange connection with what is to come, one connects with much more random, random times. When you are very in the present you cannot see beyond.

-Do you think that the pandemic mortally wounded the bonds between people, which is one of the themes of the novel?

-What the pandemic did was to radicalize and bring in a single direction a relational change that had already been greatly fueled by the digitization of the experience. In that sense it is as if the pandemic was a by-product of digitization. With the pandemic the world became a kind of great prison. And then the idea of ​​time: we realize that what we are in it’s going to last a long time. Perhaps the best we can do is make it chronic, kind of like it happened with HIV.

In the United States, two passenger planes staged a race during landing