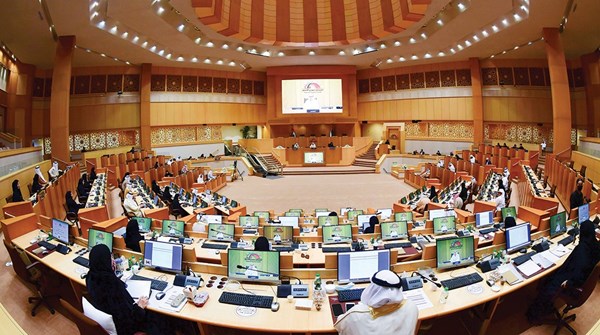 The Federal National Council, during its tenth session of the second session of the 17th legislative term, which will be held at its headquarters in Abu Dhabi tomorrow, will discuss a draft federal law regarding the National Commission for Human Rights, which consists of 24 articles that define it, its objectives, terms of reference, formation of its board of directors, conditions of membership, term, committees and their relationship The competent authorities, as well as the internal regulations to regulate their work.
The draft law included indicating that the aim of establishing the commission is to promote and protect human rights and freedoms, in accordance with the provisions of the constitution, laws and legislations in force in the state, and the relevant charters, covenants and agreements, as the commission will work to strengthen the state’s position in international and regional forums, and to develop effective international networks. With individuals and institutions around the world to serve the goals and interests of the state.
The draft law defines a set of the authority’s competencies, represented in participating with the authorities and the competent authorities in developing a national action plan to promote and protect human rights in the country and propose a mechanism for its implementation, and work to spread this culture and educate members of society about it through holding seminars, conferences and discussion panels.
The terms of reference also include submitting proposals, recommendations and advice to the authorities and the competent authorities in everything that promotes and protecting human rights and following them up, in addition to contributing to the promotion of equality, following up the achievement of the goals contained in international human rights charters, covenants and conventions to which the state is a party, and conducting visits In the field of penal and correctional institutions, receive individual complaints related to human rights and study them in accordance with the standards set by the Commission and refer whatever it deems necessary to the competent authorities.