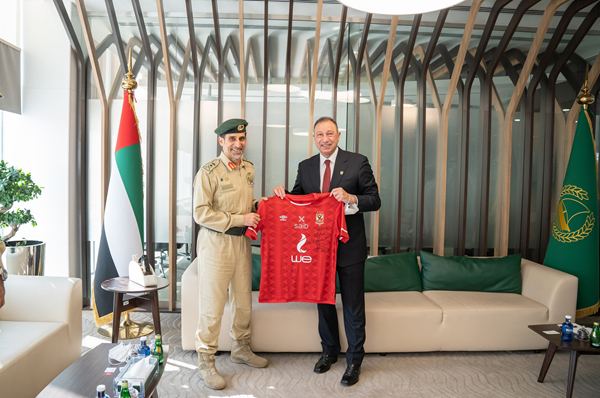 His Excellency Lieutenant-General Abdullah Khalifa Al Marri, Commander-in-Chief of Dubai Police, received at the Police Officers Club Mahmoud Al-Khatib, President of the Egyptian Al-Ahly Club, in the presence of Major General Ahmed Mohamed Rafi, Assistant Commander-in-Chief for Administration Affairs, Colonel Mansour Al Gergawi, Director of the General Administration of Administrative Affairs, and a number of of the officers.

Al-Marri accompanied Al-Khatib on an inspection tour of the club’s facilities and facilities, during which he was acquainted with the services provided by the club to its members, which are part of the employees’ happiness program and provide them with a stimulating environment that supports them to practice sports activities and maintain physical health. In conclusion, Al-Marri and Al-Khatib exchanged commemorative shields on the occasion of the visit. .

Spain confirms delivery of ex-Chávez bodyguards to the United States