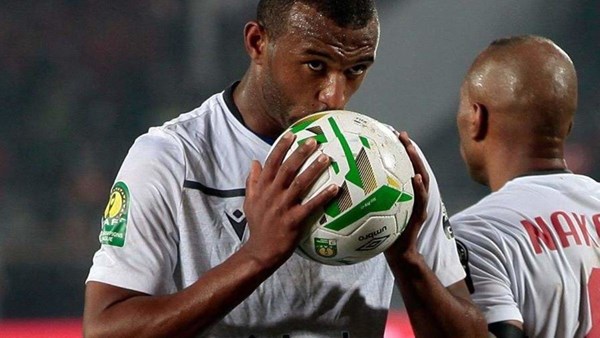 Ayoub Al-Kaabi, the star of Wydad Casablanca, scored three goals, to lead his team to the top of the Moroccan professional football league, after its 4-2 victory over its guest Al-Defaa Al-Jadidi today, Wednesday, in a match postponed from the seventeenth stage of the competition.

Wydad’s balance, seeking to regain the title absent from its coffers last season, rose to 44 points in the lead, two points ahead of its closest rivals, its traditional rival Raja Casablanca, “the title holder”.

On the other hand, Al-Difaa Al-Hasani, who received its second consecutive loss and ninth in the championship this season, froze at 24 points in eleventh place. The start of the match was exciting, as Wydad scored an early goal signed by its Tanzanian star Simon Msova in the third minute, but the defense soon equalized through Ibrahim Najmuddin in the fifth minute.

Al-Kaabi played the championship role in the match, after scoring three goals for Wydad in the 32nd, 40th and 74th minutes, while Tayeb Boukhris scored the second goal for the Hassani defense in the 90th minute.

Al-Kaabi, who continued to score for the second match in a row, raised his scoring tally in the competition this season to 11 goals, to share the top scorer in the tournament with Congolese Democratic striker Ben Malango, Raja striker.