Al Jazeera is the champion of the Women’s Hand League 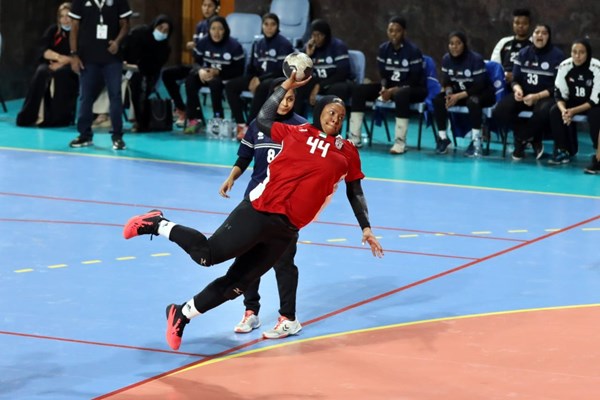 Al-Jazirah won the women’s handball league’s shield after its victory over Al-Nasr 28-29 in the decisive match that was held between them in the Al-Ain club hall, to restore the “pride of Abu Dhabi” the absent shield, which was controlled by the “General” over two seasons, after Al-Jazirah had won the title In 5 consecutive seasons.

“Abu Dhabi’s pride” won the first-leg matches, but Al-Nasr’s complaint gave him the first leg points. Al-Jazrawi team returned to prove its worth and win again, to be the third successive advantage over its rival, the Brigadier.

After the match, Nabil Ashour, President of Al-Hand Union, Nasser Al-Hammadi, Secretary-General, Abdullah Al-Kaabi, Member of the Board of Directors, Chairman of the Teams Committee, and Anisa Al-Shaddadi, Chair of the Women’s Committee, crowned Al-Jazeera with the shield, and won second place medals.

The confrontations between Al-Jazeera and Al-Nasr will return again in the Cup of His Highness the President of the State, where the tournament will be held in a round-trip system between the two teams, and the first confrontation will take place next Saturday in the Rashid bin Hamdan hall in Al-Nasr Club.

New information leaks about the RTX 3080 Ti, including its possible price and release date