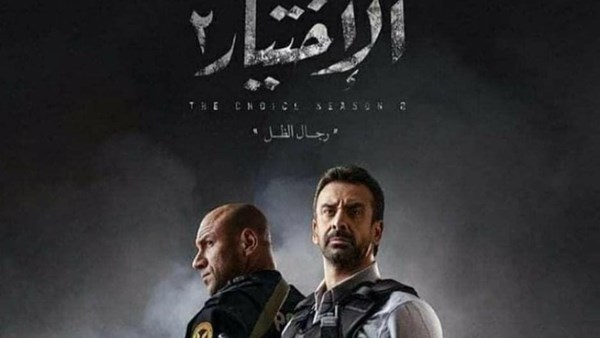 Ahmed Atef and Abdullah Abu Dhif (Cairo)
In 2013, when the polarization was in full swing in Egypt, Imad Abdel Hafez, the young Muslim Brotherhood (who later defected from the group), could not distinguish truth from falsehood, as during this period he was greatly influenced by the religious discourse emerging from Rabaa Al-Adawiya Square, where the sit-in was located. The Brotherhood and their loyalists after the dismissal of their president Mohamed Morsi at the time, he tells “Al-Ittihad”: that no person during this period would have been able to truly understand the grievances coming out of the stage, the narrations of the blessed month of Ramadan and the voice of the Qur’an for the carefully chosen reciters.
Abdel Hafez, who defected from the Brotherhood after intellectual reviews in prison, revealed his testimony about the Rabaa Al-Adawiya sit-in, which the Egyptian authorities poured into and immortalized the memory of Egyptians with documented pictures and videos that will be shown years later in television works, the most recent of which is Option 2, which shows the epic of Egyptian police sacrifices in the face of terrorism .
Abdel-Hafez indicated to Al-Ittihad that he heard from more than one person inside Rab’a Square in Giza that there were weapons inside it, while the difference in the conversation is whether the weapons left the square hours before the dispersal actually did, as leaders in the group promoted or not, confirming that the sit-in of Rab’a al-Adawiya It is the biggest claim of wrongdoing that the Muslim Brotherhood made and they succeeded in it over the years.
Abd al-Hafez, who was arrested on the day of the dispersal of the Rabaa al-Adawiya sit-in in August 2013, confirmed that the Brotherhood used the Rabaa sit-in to address the outside world, as the leaders ’hesitation during this period was nothing but letters related to the need for external intervention to protect legitimacy and other things they tried to market after the June 30 revolution. Which brought down their rule only one year after Morsi took over the affairs of the country.
Abdel-Hafez pointed out that the Brotherhood felt a very big shock after the fall of their rule, as they could not imagine that what they tried to obtain over the past 80 years could only last for one year, then fail in management and flee abroad again, stressing that his current ideas are completely different from That period, when it was known that the Brotherhood used them for its political purposes.

From Imad to Abd al-Mu’ti, another young man from the Sharqiya governorate, he also split from the group when he saw the organization’s betrayal and the escape of the leaders, stressing that his viewpoint changed when he saw for the first time in his life black flags placed on some tents there, explaining that the voice of these jihadists became loud at that moment. And it seemed higher than the Brotherhood themselves and began to take their role in the forefront, after they accused the Brotherhood of being the ones who brought matters to this point, on the other hand, the Brotherhood and its leadership were submissive to the matter and no voice would rise to them in front of them.
Abdul-Moati added in his testimony to Al-Ittihad that he did not forget the incidents of roadblocks or the attack on any police station or other acts of violence, all of which were broadcast on a fourth platform in the manner of the statement, (an important statement) followed by cheer and takbeer, indicating that the Egyptian army was He throws pamphlets on them inviting them to return home, but the Brotherhood met that by raising shoes in the face of the planes, stressing that the truth that he was convinced of and became evident to everyone is that whoever died in Rabaa has sinned in the necks of the group’s leaders, and that he left the organization after discovering their falsehood.