Al Hammadi: The most appropriate “hybrid education” in the future 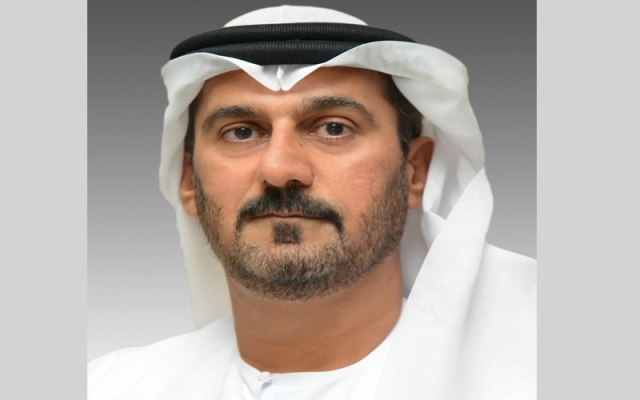 The Minister of Education, Hussein Al-Hammadi, stated that the most appropriate educational system in the future is “hybrid education,” indicating that according to studies and research on future education, there are multiple plans, but the most important thing in all of this is that the student needs to study inside the classroom, Because that will give him many skills, including his interaction with his fellow students, subject to educational supervision, and develop several behavioral skills, or the so-called soft skills, in addition to the fact that a number of practical lessons need laboratories, and also sports need space, participation and competition Therefore, the best model is the mixed education (hybrid education) between the virtual and the realistic.

He pointed out that the Ministry is currently working for two months to establish a system to support the rehabilitation of students to return to schools, as well as guidance and counseling, and the specialized teams have worked on an integrated system in this regard, and it is in the final stages of launching it soon.

He said in media statements, yesterday, that the word “do not cripple them”, which is immortal, will be remembered by history and the world will not forget, and it is a unique leadership thought that took place at an important moment in the history of the UAE, which witnessed the “Covid 19” pandemic, and aroused fear among everyone, The whole world was not aware of what was happening, and no one knew this epidemic and its effects and how to deal with it, and in these difficult circumstances His Highness Sheikh Mohammed bin Zayed Al Nahyan, Crown Prince of Abu Dhabi and Deputy Supreme Commander of the Armed Forces, sent his eternal message to everyone, “Do not cripple them.” It has its repercussions and good effects on everyone’s souls, as it reassured them, and affirmed that the UAE is a home of safety and goodness, adding that his speech is a curriculum that studies and thinks about leadership that can be incorporated into school curricula so that this leading thought remains a feat with successive generations.

On the country’s education outlook for the next 50 years, Al Hammadi said that according to the UAE Plan 2071, there are priorities to achieve the goal that education in the UAE is the best in the world.

At the invitation of His Highness Sheikh Mohammed bin Rashid Al Maktoum, Vice President and Prime Minister and Ruler of Dubai, and His Highness Sheikh Mohammed bin Zayed Al Nahyan, a ministerial retreat was held that included ministers, experts and specialists, and there were discussions about the country’s future plans in all sectors, including education. The education plan for the fifty has several axes, and the goal is to reach the number one in education worldwide.

He mentioned that the UAE is fortunate with its exceptional leadership that is keen on anticipating the future, and in 2012 His Highness Sheikh Mohammed bin Rashid Al Maktoum directed the implementation of the smart learning initiative in schools, which is a thought ahead of his time, and the initiative began to be implemented and developed in fifty schools as a start, then the initiative expanded to include All schools in 2017, and this system facilitates education (smart learning) in the continuity of education for students whose special circumstances hinder them from continuing education in schools, including travel, disease and others, and after the emergence of the “Corona” pandemic, the state leadership directed the continuation of education, and the ministry was able to rehabilitate its teaching staff And the development of the smart learning system, which contributed to the success of the distance learning experience during the pandemic period.

He added: “Directives were issued by His Highness Sheikh Mohammed bin Zayed to provide devices for all students, and the ministry succeeded in setting an urgent plan to implement these directives, and the ministry provided most students with computers during the last academic year, and during the current academic year we learned from the experience, and we developed the educational system and raised The efficiency of our cadres, and the students ’parents have contributed effortlessly and effectively to the success of the distance learning experience.

Al-Hammadi indicated that virtual education needs large numbers of technicians and technicians, and during the “Corona” pandemic, many administrative and educational cadres volunteered, after their working hours, to contribute to addressing the technical problems facing students, which confirms the role of workers in the educational field, pointing to That the continuity of education was the goal that everyone was keen on, because the loss of a month or two of the school year is not compensated, because stopping education negatively affects the skills of the student.

Inflation Eurozone inflation remained unchanged in February, in Germany price rises could accelerate to more than 2% this year

“I do politics to fight against gender violence in Peru”