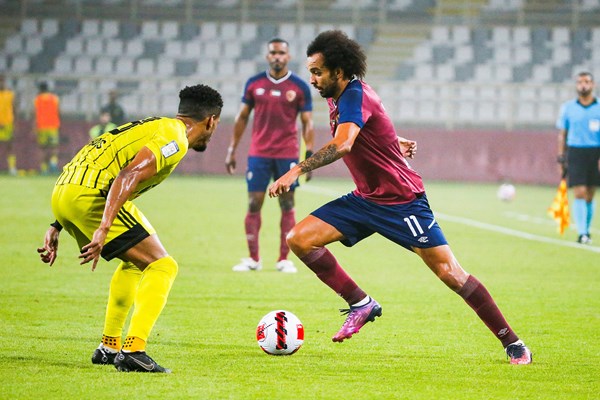 Al Wahda hoped to compete for the “ADNOC Professional League” rank, by defeating the Kalba Union with a “double” in the “24th round.” The match witnessed the return of the “duo” Fabio Martinez and Joao Pedro to score goals, and after a good performance, contrary to the level he presented. Al Annabi” in the past three rounds, in addition to the return of the high fighting spirit and determination to win, as it is the first time after 7 matches that Al Wahda did not receive goals.
Although the “Honest People” continued his habits of staying away from the podium for the 12th consecutive season, in general, he presented a different season, and regained much of his luster, as he remained a contender for all championships for a short time, and he has the opportunity to be crowned in the President’s Cup.
However, the decline in the level of some players, and the fluctuation of the level of others, especially the attacking trio Fabio Martinez, Omar Kharbin and Joao Pedro since the Al-Ain match in “Round 19”, whose loss was a “turning point” in the path of “Al Annabi” in the competition for the “Shield”, And the mistakes of the technical staff in choosing the appropriate elements, in a number of matches, factors that contributed to the team’s regression to third place, and it currently has no choice but to win over Al-Jazira and Al-Nasr, and wait for a gift from the Emirates, which has officially relegated, and Al-Ain, who decided the title, when they face Sharjah, which is advancing It has two points in the ranking table.