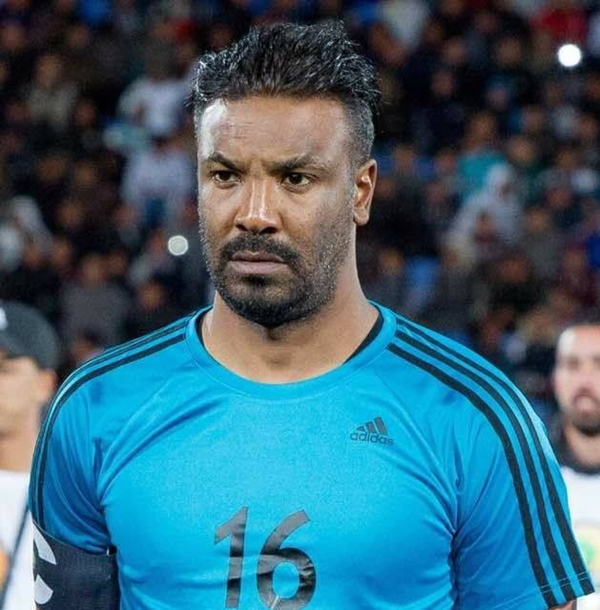 Khartoum (Al-Ittihad)
Playing with the slogan of 9 clubs in the Sudanese Premier League championship number, no one has succeeded in achieving it, except for the veteran goalkeeper Akram Al-Hadi, who succeeded in achieving the number after recently contracting with the Totti team, one of the capital’s clubs in Khartoum. Akram (35 years) was sitting at his home without any club for more. Six months ago, before Al-Amal team included him in the January transfers last year, where he played half of last season and half of the current season. Akram Al-Hadi gave a good level and led the team to fourth place in the Sudanese League, to qualify for the African Confederation Cup Championship, and the brilliance with hope was the direct reason for making him one of the options of the French Feloud, the coach of the Sudanese national team, who saw in him the most appropriate to join the list of the national team in the national qualifiers. Africa “was” and awarded him the captaincy even though he remained a reserve. Akram began his career in the Sudanese league with the Al Hilal team in the 2005 season, which he moved to from Abu Anja, one of the first-class clubs in Omdurman, and after two years he returned again to his first club, and then joined the Mars Club in the 2008 season, where he played for him in two terms until his departure in The middle of the 2014 season. Just as Akram played for the two poles of Omdurman, he also played for the two poles of the city of Khartoum, starting with the Khartoum National Club in the 2011 season, and after leaving Mars, he went to Al-Ahly Club Khartoum in the 2014 season and played for him for two years, before moving to the 2017 season for Khartoum club for an unfinished experience Then, moving to Hilal Al-Abyad in the middle of the season. Akram’s career with White began to shine and ended with a crisis that led to his being written off from the ranks of the team in the middle of the 2018 season, after which he had an experience with the League team Kosti for one season, and then he stopped playing and did not find a club that wanted his services because of his mood. Joining the Hope team in last year’s contracts contributed to supporting Akram’s career and his return to the Sudanese national team after two years of absence, and now by joining the Totti team in this year’s contracts, Akram has achieved an unprecedented record in the Sudanese league and perhaps in the Arab leagues, and seeks to prove himself. And to be with the Jedian hawks at the end of the African nations next year.

In the Czech Republic, vandals attacked the Russian embassy

Five Nights at Freddy’s: Security Breach is delayed, but will give gifts to players | EarthGamer