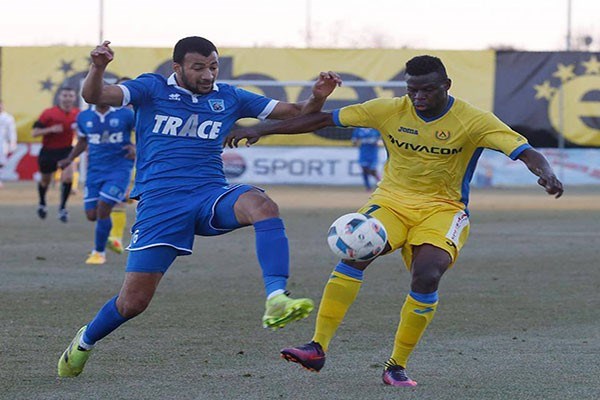 Rida Saleem (Dubai)
Algerian international defender Elias Hassani, the Bulgarian Beroy Stara player, joined the ranks of the Ajman team as a substitute for Brazilian Gardel, who suffered a cruciate ligament injury during training before facing Shabab Al-Ahly in the 20th round of the Arab Gulf League.
Hassani played for Bordeaux, Toulouse, and Qatari clubs.
The player arrived in the country to finish his formal accession procedures, and it is expected that he will be prepared to participate with the team in the 22nd round of the Arab Gulf League in front of Al Ain next Sunday.
The management of Ajman Club had made extensive changes in the ranks of foreign professionals during the winter transfer period, and dispensed with all foreigners except for the Gambian Abu Bakr Trawley, and contracted with the Brazilian Gardel and Louise and their brilliant compatriot Leandro, coming from Al-Ahly youth, on loan and Mali Maiga.

“Are you terribly naive?” Attack at Lanz on Streeck – who admits: “Was completely overwhelmed”