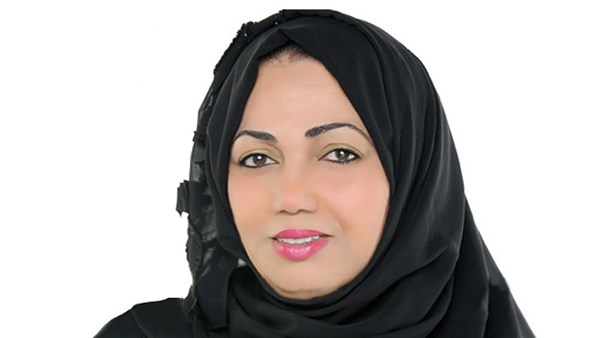 A peek at the library of the writer and media person Aisha Soltan, capable of asking about reading, about those endless paths of continuous knowledge, towards searching for what we believe to be the truth, despite our conviction that each of us has his truth, and that actual communication can only be created through the human root, which Aisha believes in Sultan, and defends his presence in the exceptional exploration of the novel, which constituted a fundamental pivot in its dialogue with “Al-Ittihad” about its establishment of the “Cultural Forum Salon”, in a historical circumstance caused by the “Covid-19” pandemic, announcing the beginning of the enormous transformations that would There is a consciousness that carries a new perception of reality, especially the nature of human relationships and their interactions in societies.

A defining era
Sultan says: “Reading in the face of isolation was the key and the intellectual institution established by itself. Since I knew the path of reading, I entered those worlds and did not go out. Perhaps you closed the door behind me, and considered that consciousness has many forms that shape it, such as teachers and guides or parents digging the path for you. And sometimes the passage of people through a distinct historical period, which allows them what was not available to others.
Sultan established the Book Salon, while joining the administrative body of the Culture and Science Symposium, and she is a member of the Culture Sea Salon, and the Cultural Forum Salon came to be a project of her own, through which she and with the participation of friends in the cultural worlds can achieve independence with a new methodology not found in other salons.
Sultan says that she sought to enrich the scene by directing the salon of the forum for reading towards fictional projects, meaning that the novel is not read to a specific writer, just because he is a novelist, but rather has a cultural vision, through which he builds his literary and humanitarian project, so he saw the salon, which did not complete its first year. On several projects from Egypt, Tunisia, Algeria, Lebanon, Sudan, Palestine and Kuwait, as well as translated novels. She said that in the salon of the Cultural Forum, they consider culture integrated in its formation.

Strength elements
Regarding the elements of the power of the Forum Cultural Salon, Sultan says that they are two basic factors: The first is that they present the salon as a cultural project, and the second is interactive intelligence in how to take advantage of the present technology to build a literary network between different cultural communities.

Paco López: “We feel very hurt by the calendar”