Airspace in Mexico: criticized after reports of ‘worrying’ risks 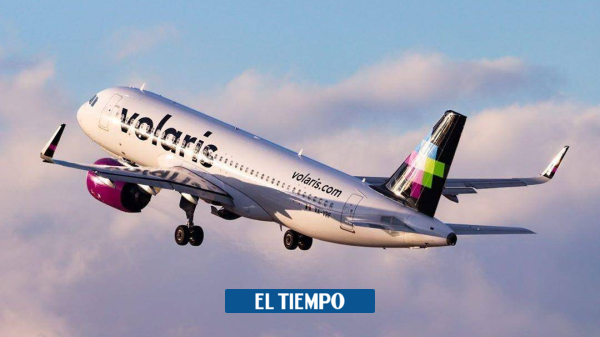 The owner of the Navigation Services in the Mexican Air Space (Seneam), Víctor Hernández, resigned amid concerns that the airspace over the country’s capital has become increasingly dangerous to fly in, the daily reported. Reform.

The action happens after videos were published on social networks showing a Volaris plane approaching a runway at the Mexico City airport that was already occupied by another plane from the same airline. The incoming aircraft managed to quickly abort the landing.

The International Air Transport Association (Iata, for its acronym in English) had already denounced a “worrying situation” in the Mexican capitalsince since April 2021, the Benito Juárez International Airport registered at least 17 such warnings as part of an alert system that notifies when aircraft are in danger of flying into the ground or an obstacle.

“We allow ourselves to express our concern, shared by our international members, due to the significant increase in ground proximity alarm events in the terminal area of ​​the Mexico City International Airport“, reads the letter, dated May 3, from the regional director for the Americas of Security and Air Operations of Iata.

See also  Sicily, Campania, Puglia and Calabria among the worst in the EU for unemployment

What happens in Mexico City?

In addition to Iata’s complaints, the International Federation of Airline Pilots Associations (Ifalpa) said that in the last month there were several incidents in which the aircraft arrived with little fuel due to unplanned waiting and diversions due to excessive delays.

The Association assured that this is the result of the opening of the Felipe Ángeles airport in March, which required a controversial redesign of the airspace From the capital.

(It may interest you: Debanhi Escobar faced a group of men, they reveal new videos)

Air traffic control “apparently has received little training and support on how to operate this new setup“, according to a statement.

The Felipe Ángeles airport is located about 50 kilometers north of the center of the capital and is intended to alleviate the saturation at the Benito Juárez airport. However, experts have said that the redesign is flawed and that it ignores the unique geography of the metropolis: The capital of Mexico is mostly surrounded by mountains and its altitude is more than 2,100 meterswhich makes it difficult for planes to land.

Mexico’s air safety rating was downgraded by the US Federal Aviation Administration in May 2021, prohibiting an expansion of Mexican airlines’ flights to US destinations.

An improvement in the rating could still take a few months, and the problems with the airspace “will not help the process”Iata said.

The Mexican president, Andrés Manuel López Obrador, during a press conference at the National Palace in Mexico City

The president of Mexico, Andres Manuel Lopez Obrador, blamed “conservatism“the alerts issued by international air associations about the growing risks of impact at the capital’s airports.

“No, it doesn’t exist, what there is is resistance strongly encouraged by conservatism, it’s that they question everything, even if they fall into ridicule, but I don’t know what’s wrong with them, they should calm down, everything is fixed”, he declared in his morning conference from the National Palace, referring to the IATA and Ifalpa notices.

See also  Crimes Police are investigating a suspect in a violent crime in Haukilahti, Espoo

“What does the new airport have to do with it? I mean, that’s a desire for things to go wrong, I mean, and we’re going to solve everything,” questioned the president after reading a critical tweet from former President Vicente Fox. López Obrador also confirmed the resignation of Víctor Hernández as head of the Seneam.

In addition, he maintained that there will be an investigation into the videos that circulated over the weekend of Volaris planes, which officially considered saturated. About this, he announced that there will be a meeting at the Ministry of the Interior (Segob) “to order the airspace, there is no purpose to affect the lines“, said.

INTERNATIONAL WRITING
*With information from Bloomberg and Efe

Ralf, client at care farm hit by deadly shooting drama, collects money: 'Want to do what I can'