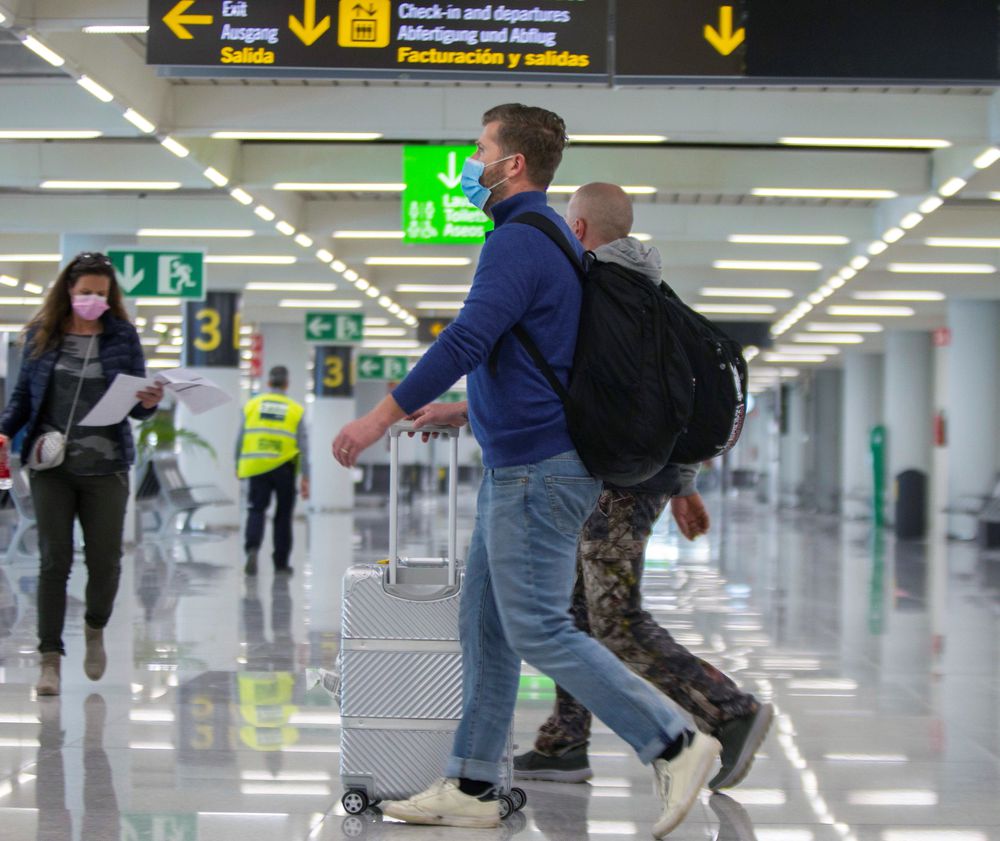 The tourist sector sees the light at the end of the tunnel. And the airlines already caress the first green shoots with the hunger of tourists to return to Spain. Especially after Germany’s decision to remove several Spanish regions from areas called risk by the coronavirus. Among them, the jewel in the crown for travelers residing in the German country: the Balearic Islands. Airlines have already started to increase the number of flights after the increase in demand. The last to do so was Ryanair, which announced this Tuesday 200 additional flights to join Germany and Spain for Easter.

The low-cost airline will increase the trips that connect Palma de Mallorca and Alicante with the German cities of Cologne, Berlin, Frankfurt and Hamburg, among others. “This will mean an increase in capacity of almost 40,000 more seats on 22 different routes to travel from March 28 to mid-April,” the company said in a statement.

The airline adds that this increase is not something specific and that it expects to continue operating at this level (at least) during the summer. In other words, it is the change in trend after a year with depressed international mobility. In addition, it makes flights available to book until March of next year. Of course, it remains cautious and for this it offers the option of the free flight change rate in case the plans vary due to the health emergency until the end of October.

This is the company’s response to the strong upturn in demand after Germany removed the Balearic Islands, areas of the Valencian Community, Murcia, inland Extremadura, La Rioja and Castilla-La Mancha from the list of areas last Sunday. risk for coronavirus. This, in practice, exempts its residents from undergoing a quarantine after returning to the country and they will only be required to present a negative PCR, which facilitates their mobility to these points. Something that happens at the same time that from Spain travel between autonomous communities is not allowed, although they may come from areas of Germany or France with an incidence of coronavirus infections worse than that of some Spanish regions.

What was once a vicious cycle of business cancellations piling up has now become a virtuous cycle. Because Ryanair is not alone in this upward drift of flights. The low-cost subsidiary of Lufthansa, Eurowings, had already announced an increase in their seats, after completing the offer available to them “in no time at all”. Specifically, it increases by 300 additional flights what was already planned for next Easter.

EasyJeat, for its part, also assured that it has experienced a significant rise in demand. “The bookings of routes that connect the Swiss regions of Basel and Geneva with Spain increased more than 150% and, in the case of Germany, the increase observed in the connection that connects Berlin with Palma de Mallorca is especially relevant, which grew by 466 % (compared to the status of the reservations on the same day of the previous week) ”, explained the firm in a note. At the moment it has not specified if it increases its frequencies, although given the expansion of reserves it may be a matter of time.

The one that has taken that step has also been the TUI tour operator. In his case, in two ways: on the one hand, the flights to Mallorca have already advanced a week, which will arrive in the Balearic Islands next Sunday and not the 27 originally planned with connections from Düsseldorf, Frankfurt and Hannover. And on the other, it has already advanced that it will increase its offer of flights and hotels this Tuesday. “The reservations last weekend have been double than during the same period of 2019, before the pandemic. For this reason, we are going to increase our flight and hotel capacity ”, explain TUI spokespersons.

All these movements alerted the Government of Germany, which tried to lower spirits and asked this Monday that tourism trips still be avoided. “Any trip that is not really necessary should be dispensed with,” said the spokesman for the German Executive, Steffen Seibert. To which Maria Adebahr, spokeswoman for the German Foreign Ministry, added: “The absence of a travel warning does not represent an invitation to travel.” However, these words seem to arrive late and the desire for sun, beach and going out again to sightsee can with the messages of remaining cautious for longer.

4 distributors that Microsoft should sign for Xbox Game Pass